CEO Bonuses Are Boundless | The Walrus
Skip to content 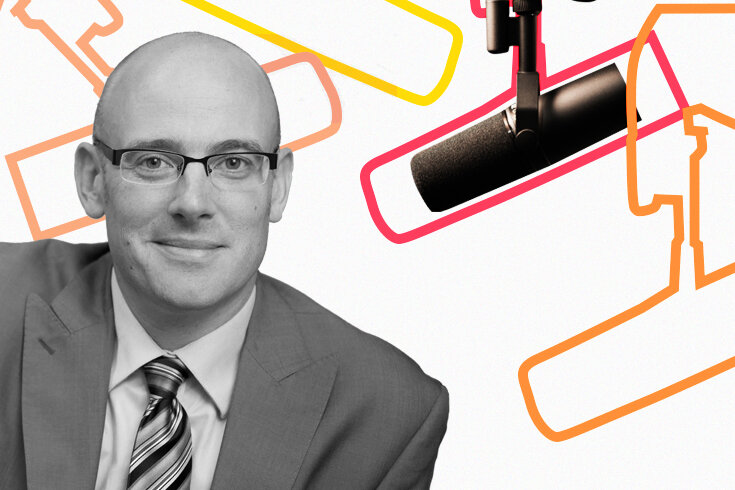 HOST: If you had your suspicions that maybe everyone’s wallet is not suffering equally in this pandemic, David MacDonald has some evidence to support your theory. Welcome to The Conversation Piece.
This is David MacDonald, Senior Economist at the Canadian Centre for Policy Alternatives.

DAVID MACDONALD:
I’m here to talk about how COVID-19 impacted Canadians differently based on income. Now there’s gonna have to be some context here: the unemployment impact of COVID 19 was unprecedented. In April, 2020 in the first full month of the pandemic (or the economic impact anyway), here in Canada, we hit 13% unemployment. This was only part of the story – the other part was a major loss in hours – people technically being employed, but with half or even fewer, potentially no hours in the job they’re working in. This is a historic high for unemployment in modern Canadian history. You actually have to go back to May, 1936 at the tail end of the Great Depression to see anything like that almost a century ago.

Now at the start of the pandemic, “we’re all in this together” was a common refrain. Unfortunately, that wasn’t true, particularly when we’re looking at the impact of COVID-19 across the income spectrum. In April and May, the first two months of the pandemic, half of all the workers who were making at or near minimum wage, either lost their jobs or the majority of their hours. Just for context, this was five times worse than what we saw in the Great Depression. For top earners, there was a loss in jobs and in hours, but it was over by the summer, a very rapid recovery. But if we look at the very top, the very tippy tippy top of Canada’s income distribution, Canada’s richest CEOs – that’s where some of the real action was in 2020.

Now every year we collect this data on Canada’s top executives, we go through the company reports, we pour through how CEOs are paid and we compile it all. Now before compiling this data in 2020, I was really convinced that CEO pay was gonna have a down year. I convinced my colleagues to prepare for a lot less interest this year in this annual report. See CEOs are paid mostly in bonuses – these are bonuses that are linked to the stock price, the profitability, and the revenue goals of the company. And these bonuses make up over 80% of CEO pay, whereas a salary makes up only 10 per percent of their pay. Really the exact opposite for most regular Canadians. Now the pandemic hit workers hard, but it also hit many companies, hard, even big ones. And so I thought, perhaps somewhat naively, that this would push CEO pay down because companies wouldn’t meet stock price, revenue, and profit targets.

Well, lo and behold, that was far too naive, and that’s not at all what happened. Incredibly CEOs managed to increase their pay in 2020 compared to 2019 – they hit an average of almost 11 million each and they made almost 200 times more than the average worker. And I know that’s hard to conceptualise. What does 200 times even mean? The way we like to, to set it out more practically is that this average CEO by lunch on the first working day of the year had already made what the average worker was going to make for the entirety of that year.

Now, I said earlier on that CEO pay was based on bonuses, so how could it be that some companies did quite poorly but CEOs in general actually improve their pay in the middle of a pandemic compared to 2019? Well, on the one side, you’ve got companies that did incredibly well during the pandemic. They were in the right industry. So for instance, uh, they were in groceries or they were on the internet or they were in internet services and you happen to be on the right side of COVID-19 – your revenue did great, your profitability did great and your stock market value shot through the roof. And so if you’re in the right industry, whether you meant to be or not, you got a huge bonus if you were the CEO of that company.

Now on the other side, there were certainly companies that did poorly. What’s interesting though, is that they were in effect insulated for any downside when it came to the pandemic. In fact, almost half of the CEOs on this top when a hundred CEOs list, did one of two things or their companies did one of two things, either 1. they received the federal wage support, which was the federal government subsidy to companies to bail them out for COVID 19, or they just changed the way their bonuses were calculated after the fact to exclude COVID -19 and imagine a world where COVID-19 didn’t happen and award the bonuses anyway.

So bonuses are hypothetically based on merit, they’re hypothetically variable, but what COVID-19 illustrated is that they’re only variable one way: up. This isn’t pay based on merit. It’s pay based on power. And COVID-19 really illustrated that CEO pay and the inequality it generates, illustrates the power of the corporate culture to continually drive up its pay. And we don’t have to like this incredible income in equality, but it doesn’t mean we can’t tax it and use that revenue for things that we do need in Canada, like long term care, better healthcare and better support for workers. Thank you so much.

HOST: David Macdonald is the Senior Economist at the Canadian Centre for Policy Alternatives and he spoke at The Walrus Talks at Home: Inequality in January 2022 and he’s just one of the over 800 fantastic Canadians who have wheeled, walked, and webcammed onto a stage at The Walrus Talks. Our next event is coming up in March: The Walrus Leadership Forum: Trust in Tumultuous Times. REGISTER today at thewalrus dot ca slash events.