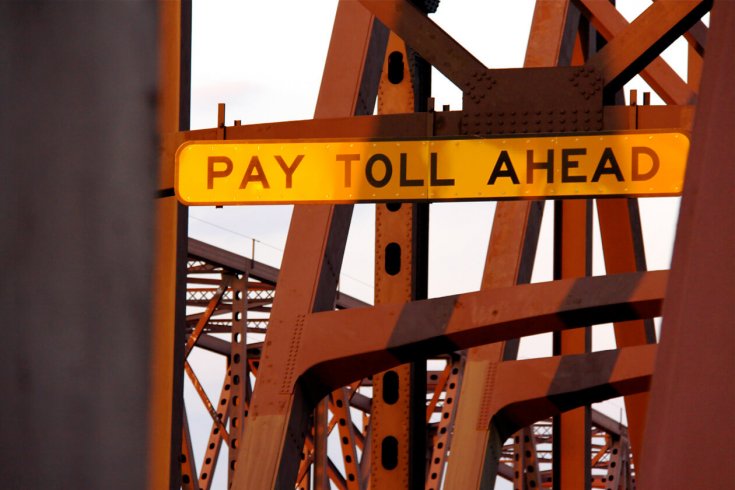 Back in 2008, Liberal leader Stéphane Dion decided to make a carbon tax a key plank of the party’s campaign platform. As Dion explained at the time, the revenue-neutral tax would result in government taxing “less of the things we all want more of—income, investment, and innovation—and shift[ing] those taxes onto things we want less of—pollution, greenhouse gas emission, and waste.” Although the proposal was embraced by policy wonks, it was dismissed by voters. Conservatives trounced the Liberals in the election, and Dion’s proposed “Green Shift” was held up as a key factor in their loss.

A lot has changed since then. Today, a majority of Canadians are open to governments implementing user fees—such as carbon taxes and road tolls—as a means to raise revenue and achieve important social objectives. Yet despite the significant opportunities this creates, many politicians are still unwilling to implement user fees themselves—or to even permit others to try.

Most recently, there was the Ontario government’s astonishing decision to nix Toronto Mayor John Tory’s plan to toll users of two critical traffic arteries: the Don Valley Parkway and Gardiner Expressway. The decision caught many off guard, not only because Premier Kathleen Wynne had previously promised to support the plan, but also because it was so obviously contrary to the needs of Torontonians. Infrastructure funding is a chronic issue for Canada’s largest city. Tory’s plan would have provided a modest but important revenue stream to help fund road improvements and public transit. Wynne has not adequately explained how Toronto is to make up for this lost income.

By all accounts, Wynne’s reversal was politically motivated: she faced a caucus revolt and backlash from Greater Toronto Area voters. But this does not mean Torontonians were universally opposed to the idea. A November 2016 poll by Forum Research Inc. found that 46 percent of Torontonians approved of road tolls, 45 percent disapproved, and 9 percent were undecided. As Forum president Lorne Bozinoff said: “For . . . road tolls to receive approval from almost half the voters, and to be tied with those who disapprove, is unheard of.”

Nationally, receptiveness to user fees is even higher. According to a January 2017 survey by Nanos Research, nearly two-thirds of Canadians prefer road tolls as a way to pay for infrastructure to tax hikes or increased deficit spending. The same goes for carbon taxes. A 2016 Abacus Data poll revealed that 69 percent of Canadians “favour” or “can accept” a carbon tax (support does vary by region, but not significantly).

This increase in public support for user fees is encouraging, as it provides politicians with a window of opportunity to tackle certain social issues with a very effective tool. Quite simply, for certain kinds of policy challenges, user fees are the most fair, efficient, and effective way for governments to respond.

Contrary to common perception, user fees such as tolls are a fair way to cover some of the costs associated with roads. Why? Because they require the people who benefit most from their use to pay more for them. Under the status quo, all taxpayers bear the cost of road development and maintenance, regardless of how much they use them—if at all.

User fees are also efficient, because they ensure consumers bear the full costs of their actions. In the absence of user fees, the negative effects of certain activities—such as pollution or road wear-and-tear—are borne by the public at large. Fees can also effectively reduce these negative effects by incentivizing consumers to curb carbon output or road use. When all goods are subject to a carbon tax, for instance, the most carbon-intensive goods become relatively more expensive, creating an incentive for consumers to use less of them or to switch to less carbon-intensive alternatives. Similarly, when a price is attached to the use of roads (and prices increase during periods of peak demand), drivers have an incentive to wait for congestion to fall before getting on the road, or to find alternative means of transportation.

These days, no politician could be oblivious to the arguments in user fees’ favour. Policy experts, think tanks, and journalists have been putting out discussion pieces on this topic for years. That being said, politicians have any number of reasons to not enact them in practice, even if they accept their merits in principle.

For one, taxes—no matter how sensible—invariably engender opposition among some voters. And even where a majority of voters support them, politicians cannot expect them to be warmly embraced.

User fees are also uncomfortably visible. Voters are reminded of them every time they fill up on gas, or take a trip out of town. Naturally, politicians would prefer to stoke positive mental associations, and are therefore inclined to favour regulatory approaches that slap industries or sectors with costs—which are then passed on to consumers.

User fees also come with the baggage of class concerns. Critics often object to carbon taxes or road tolls on the grounds that they disproportionately hurt the poor or middle-class. While this concern is not a compelling argument for nixing user fees—governments can rebate individuals who fall below a certain income level, for example—it requires hard work to educate the public on these finer points. And even then, some misunderstandings are likely to persist.

Pair all of this with the fact that the benefits of action are not immediately obvious, while the costs of inaction are often dispersed, distant, or debatable, and it becomes pretty clear why many politicians would not rush to implement user fees, even if public support for them is high. But what is more difficult to understand, and less easy to forgive, are the efforts by some politicians to block other leaders who do boldly forge ahead with them, notwithstanding these significant political obstacles.

Wynne’s willingness to let Tory stick his neck out to sell Toronto on tolls, only to later kill the proposal, is perhaps the most egregious example of the latter. But it’s not the only one. In Saskatchewan, Premier Brad Wall has promised to fight Ottawa’s plan to impose a national carbon price on any province that fails to reduce carbon emissions of its own accord by 2018. He is even considering turning to the courts—a move that, if successful, would jeopardize Ottawa’s national carbon strategy and further limit its ability to meet its obligations under the Paris Accord, an international climate change agreement.

And in Alberta, Jason Kenney, the frontrunner to lead Alberta’s Progressive Conservative Party, has made the unwinding of Premier Rachel Notley’s provincial carbon tax a central promise of his campaign. This is despite the fact that Notley implemented the tax upon the recommendation of an expert panel, and made the move in large part to rehabilitate the province’s image so that it could get its oil to market more easily.

It is particularly perplexing to see Kenney, Wall, and other notable conservatives (such as Ontario Progressive Conservative Party leader Patrick Brown) opposing taxes, tolls, or both. User fees are widely recognized as the most efficient and least interventionist means to achieve outcomes to which these politicians profess to be committed, such as reducing emissions or improving city productivity. In other words, these are tools that any fiscal conservative should be using. Yet instead, these men champion heavy-handed, costly, and ill-effective regulatory methods to address these significant policy challenges.

All of this is not to say principled reasons for objecting to user fees do not exist. Like any government instrument, the success of a carbon tax or road toll depends on its design. Carbon taxes do run the risk of becoming tax grabs if politicians do not honour their commitment to make them revenue-neutral. And road tolls do risk falling short of their intended objectives if they are not priced or implemented properly.

But the opponents of Canada’s embryonic user fees are not objecting to them on these grounds. Wynne killed Tory’s plan before its finer points had even been developed. Wall and Kenney haven’t opposed the federal or provincial carbon taxes on the basis that the incumbents are failing to make them revenue-neutral: they’re proposing to abolish them altogether in favour of regulatory approaches that are less efficient, effective, and fair.

And for what? Tory, Trudeau, Notley, and others have already done the heavy lifting of selling the public on these important mechanisms. Wynne, Wall, Kenney, and others need only muster up the courage to stand by. Apparently, though, even this is asking too much.

Presumably every politician makes a calculus—conscious or otherwise—about whether it is better to fight for something worthy and lose, or to win votes but change little. It is every leader’s prerogative to be gutless. But actively foiling other politicians’ efforts to tackle serious policy challenges with the best tools available—all for the short-term draw of votes—is enough to make any leader undeserving of the name.