Can Wealthsimple Teach Millennials How Not to Be Broke? | The Walrus
Skip to content 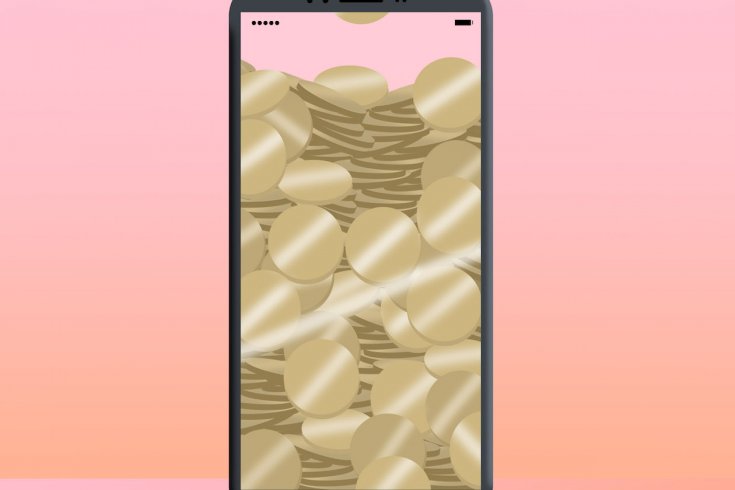 Time was, when a person in Canada had money to save, they talked to their bank or an independent investment firm. The advisor might not be the same person every time, but they would drop your first name in a conversation and convey some impression of familiarity with your life goals.

About two years ago, ads for a new company called Wealthsimple started appearing on social media, presenting a different approach to investing. A series of posts called Money Diaries featured a range of celebrities in surprisingly open discourse about their personal finances. A typical message read: “The most important things Chris McMillan—the hairstylist who makes people like Jennifer Aniston and Kim Kardashian look good—learned about money, he learned while addicted to crack,” or “Spending a Thousand Bucks Still Makes Elijah Wood Very Nervous.”

With its bold graphics, fashion-forward colour palette, and memorable tag lines, Wealthsimple might have been mistaken for a new lifestyle magazine. The company, however, is the Canadian pioneer of a new generation of automated services (“robo-advisors,” in the parlance of the industry) that replicate many of the offerings of big banks and investment companies—RRSPs, TFSAs, and other investment accounts—without a human presence.

Since Wealthsimple was founded in 2014, it has launched in the United States and, this fall, in the United Kingdom. Although not the only form of digital-investment tool on the market, it has differentiated itself not just in its branding but also by offering sustainable investments and specialized funds—this past summer, it created a halal fund for customers interested in avoiding alcohol and certain other categories of stocks.

Wealthsimple’s techy profile might cause seasoned investors to dismiss the company as a product for millennials. In fact, says its thirty-year-old CEO, Mike Katchen, the company fills a more broadly defined “hole” in the existing investing market: “small investors and young investors.” Wealthsimple doesn’t charge management fees for the first twelve months on investments under $5,000, and it also doesn’t have physical storefronts. As it happens, Wealthsimple’s average client is from the generation accustomed to using Uber to get around and Seamless to procure dinner: 80 percent of the company’s 40,000 clients are under forty-five and have an average portfolio of $25,000 to $35,000. The company also has an increasing number of high rollers—who can avail themselves of a premium service called Wealthsimple Black, which offers a lower management fee (0.4 percent), along with personal portfolio consultations that mimic more closely the traditional investment account. Canadians pay some of the highest investing fees in the world—which, amortized over a lifetime, could reach tens or hundreds of thousands of dollars, depending on the size of the investment itself.

While the company’s current footprint is relatively small—the Canadian mutual-fund industry alone is worth $1.4 trillion dollars—its potential is big. “We’re on a journey to build a global financial services company from Canada,” says Katchen; he sees the company as an illustration of how the country can transition from a predominantly resource-based economy to produce more name-brand global exports (think: BlackBerry).

Since the subprime-mortgage crisis of 2008, consumers have grown increasingly wary of the inside workings of the financial industry. Wealthsimple presents itself as a new model of transparency. Imagine a litany of bots silently investing and reinvesting in accordance with a set of predetermined risk tolerance and priorities, regardless of the market’s emotional highs and lows, human error, and fatigue. But the approach also abuts one of our other psychological stumbling blocks: investment principles are ill understood. Human consultants provide a sense of continuity: the feeling that behind the desk or on the phone is a person who knows you. Can a company be both rational and feeling?

In the case of Wealthsimple, that sense of personal connection is transmuted through an emotional connection to the brand. “We want to be the most human financial advisor,” says Rudy Adler, the company’s New York–based co-founder and chief product officer. “To find the human truth about money.” Wealthsimple is the second company Katchen and Adler have worked on together; the first one, 1000memories, was a website designed to support the digital expression of mourning.

The aim of the first startup, “more than anything, was about how to humanize the internet,” says Katchen. “I think [Wealthsimple] is the next phase of that.” Sometimes it’s hard to distinguish Wealthsimple’s straightforward commercial proposition from a social-justice message.

“There’s an entire industry out there that’s designed to mystify investing and make you feel like the dumbest person in the room,” Katchen continues. Consider the typical representation of the stock market, even in movies such as The Big Short: “screens with lines going up and down and numbers flashing and stuff that doesn’t mean anything to us. The industry’s fairly good at talking to you about the mechanics of investing, and the robotics behind it, and ‘our outlook on next quarter.’” Katchen is tired of the baffle-them-with-numbers element of the average mutual-fund prospectus.

The marketing is developed at the company’s small New York office by Adler, who came up, alongside the company’s creative director, in advertising, working on brands such as Apple, Nike, and Starbucks. “We learned how to do emotional storytelling,” says Adler. “Wealthsimple has been more satisfying—applying the principles to something we really believe in.”

The company’s newest campaign is called Investing for Humans. At first, the offering might seem to be financial literacy for cool kids—taking an Apple Store’s worth of well-adjusted-looking people and putting them against a series of carefully curated coloured backgrounds. But then you come to “Inheritance,” a fifty-one-second clip featuring a young woman named Haley, who speaks of not knowing what to do with money received from people close to her who recently passed away. She hardly has to say anything—her facial expression and pauses convey the anguish of survivor’s guilt. There is money, yes, but what are we to do with it? It cannot buy happiness—still perhaps the most powerful lesson in a human life.

Most of the subjects of the Investing for Humans series are not wealthy. They talk about a lack of control, of dignity, of expertise. “I feel like I’m doing money…wrong?” posits Mary, a young professional who has accumulated her first “small pile.” Then there’s Rae, frustrated member of a generation often associated with profligate brunching: “I spend almost none of my money on avocado toast.”

These clips were directed by Errol Morris, the documentary filmmaker behind such films as the Oscar-winning The Fog of War but also, twenty years ago, Fast, Cheap & Out of Control—a series of short profiles about people with unusual jobs. Wealthsimple’s ad-documentaries have the feeling of the latter film; Morris directed them, like one of those terrifying psychiatrists who never speak, without asking questions but by letting the subjects talk, to the point where they hit on some sudden, unexpected truth.

What comes across is that we are all afraid of money. We are daunted, unable to ever amass enough, no matter how much we have; in over our heads when we look at the link between financial stability and mortality, which is (underlying everything from a video clip to a long-term financial decision) what investing is about. In a sense, Wealthsimple is just a new skin over an existential problem that has always threatened to engulf us.

Jessica Johnson (@ejessicajohnson) is the editor-in-chief of The Walrus.
Kyle Metcalf 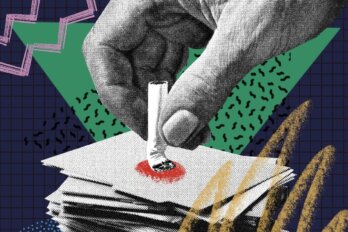 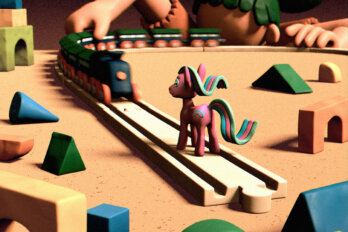 How Do You Make the Perfect Toy?