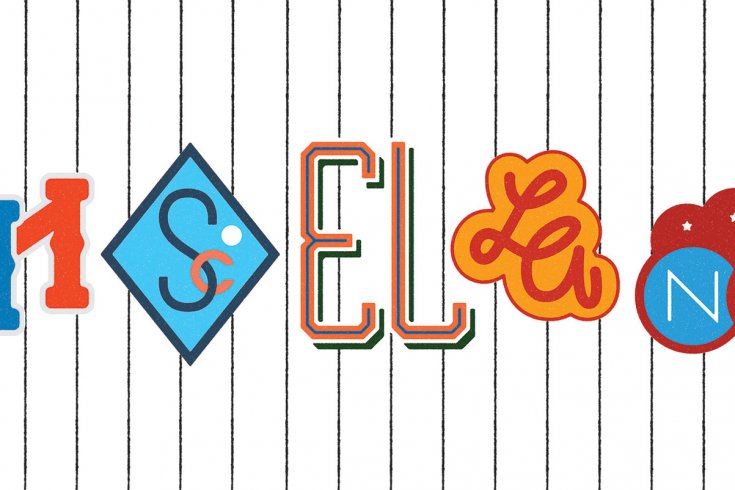 The scene opens with a group of fighters creeping toward the front line. The cameraman follows them, his breathing choppy. They push through the dry grass until they spot the enemy. Suddenly, the battle is on. The camera is shaky but close to the action. We hear bullets whizzing by; we see them kick up dust as they hit the ground. Then a fighter, dressed in camouflage, stands and balances a rocket propelled–grenade launcher on his shoulder. The video slows down, and we watch, second by second, as a grenade hits the enemy’s tank, which goes up in a glorious explosion.

The entire film, Flames of War, runs just under an hour. It’s action packed and entertaining, complete with heroes, villains, and a linear plot. The camerawork is solid, the soundtrack rousing. And it’s a propaganda film, one of many made by the Islamic State of Iraq and Syria. It chronicles actual battles with ISIS’s enemies—the film culminates in the capture of a Syrian military base near the city of Ar Raqqah—with all the attendant blood and gore. Flames of War is not only a recruitment tool; it’s also a way for ISIS to establish a narrative about itself.

Contrary to the perception that extremist propaganda is tucked away in hidden corners of the Internet, ISIS’s videos and pictures are easy to find. The group has amassed followings on Twitter, Facebook, Instagram, and Tumblr. There are feature-length documentary-style videos, military anthems, short films profiling local and foreign fighters, and, of course, scenes from combat operations. Then there are the tours of towns and cities controlled by the Islamic State, which show men chatting happily in the streets while children play in parks (women and adolescent girls are conspicuously absent). ISIS has even produced videos that depict fighters handing out candy and gifts to kids during the festival of Eid. Its multimedia offerings are sophisticated and professionally packaged. They are marketing efforts, and they have one goal: the creation of the Islamic State’s brand.

No other militant group has deployed twenty-first-century PR techniques as effectively as ISIS. To understand its marketing, you have to understand the broader narratives at play. Its media wings produce for both local and Western audiences. The Islamic State exists as a geographic location, straddling Iraq and Syria, but it also exists as a kind of transnational, borderless state that hopes to draw future citizens from the global Muslim population. It presents itself as a multi-ethnic, multiracial society in which the common denominator is religion, specifically Sunni Islam. Outsiders—Shias, Yazidis, and Alawis—are ruthlessly excised. Its messaging emphasizes both its ability to fight and its ability to run a state. There are experts, administrators, and bureaucrats who keep the electricity running, the water pumping, the schools open, and the oil fields producing.

For Muslims in the West, there is an additional layer to the narrative: the Islamic State is a place where you can live a good life, safe from those bent on destroying the faith. Muslims who take up residence in the Islamic State, the message goes, will escape the West’s Islamophobia: hate speech, burka bans, assaults on dietary practices, profiling, surveillance. This narrative seems to have struck a chord. The Canadian Security Intelligence Service says there are about 130 “individuals with Canadian connections” suspected of terrorist activities abroad, some of whom are reportedly working with extremist groups in Syria such as ISIS.

What makes the message so effective? Amanda Rogers, a post-doctoral fellow at the University of Wisconsin–Madison who studies art and propaganda in the Islamic world, says the group’s strategy calls to mind a corporate marketing manual. It uses proven formulas, sticks to what gets attention, employs a variety of platforms, and changes strategies to sustain audience interest. According to Rogers, the video depicting the brutal beheading of American journalist James Foley functioned as a kind of beta test. ISIS released it into the market, pushed it via social media, and tracked the response. For the Islamic State, it was a success: it generated wall-to-wall media coverage and forced the US government to act. The group continues to release similar videos periodically. “The people in the beheading videos are carefully humanized so that they can become us,” Rogers says. “ISIS knows the beheading series will push the buttons of Western audiences.”

For its sympathizers, she says, the group’s appeal goes beyond ideology. What’s more important is the extent to which ISIS has created an identity for itself—one with enough emotional loyalty that it can “franchise out.” ISIS’s marketers mimic the trademarks of existing organizations—compare the logo of its English-language media wing, Al Hayat, with that of Al Jazeera—as a way to create instant recognition and, they hope, scoop up a portion of the original brand’s base. Perhaps the most obvious example is ISIS’s adoption of Al Qaeda’s black flag.

This use of symbolism has allowed disparate groups and individuals to associate themselves with the brand. Although so-called lone-wolf terrorists are not officially part of ISIS, they draw inspiration from it; see, for instance, Michael Zehaf-Bibeau, the National War Memorial shooter, who reportedly had read Islamic State material online. The group’s message also resonates with militants outside ISIS territory, in parts of Somalia, Pakistan, Afghanistan, and Chechnya, among other places. The young people from Europe and North America who are making their way to the Islamic State have all bought in to the brand. That’s why it’s important to understand the intent and appeal of ISIS’s propaganda. Western governments, including Canada’s, are not just involved in a military conflict with the Islamic State—they are also fighting the proverbial battle for hearts and minds. Anti-radicalization must become as slick and savvy as the propaganda it aims to undermine.

Arguably, creating connections with Canadian Muslims is the weakest link in Canada’s current battle plan. The first step, as outlined in the government’s official counterterrorism strategy, Building Resilience Against Terrorism, is prevention, which includes reaching out to vulnerable groups through the RCMP’s National Security Community Outreach program. This involves establishing narratives that “emphasize the open, diverse and inclusive nature of Canadian society and seek to foster a greater sense of Canadian identity and belonging for all.” But that might not be enough. While the vast majority of Muslims aren’t taken in by extremist propaganda, there is a small minority that remains vulnerable.

According to Rogers, ISIS is doing something unprecedented: building a nation-state in real time. To interpret its media efforts as anything less than the creation of a national foundation myth is to grossly underestimate its project. “Al Qaeda was building an idea, setting the scene for the potential existence of a state, of a caliphate,” she says. “What ISIS is doing is actually building that nation-state.” Ultimately, the fight comes down to who does a better job of selling its product. Canada must offer a compelling counter-narrative—or go on losing citizens to extremism.

Naheed Mustafa has produced documentaries for the CBC, and has written for The Atlantic, The Walrus, and others.
Kellen Hatanaka