Bombing ISIS Will Not Work | The Walrus
Skip to content 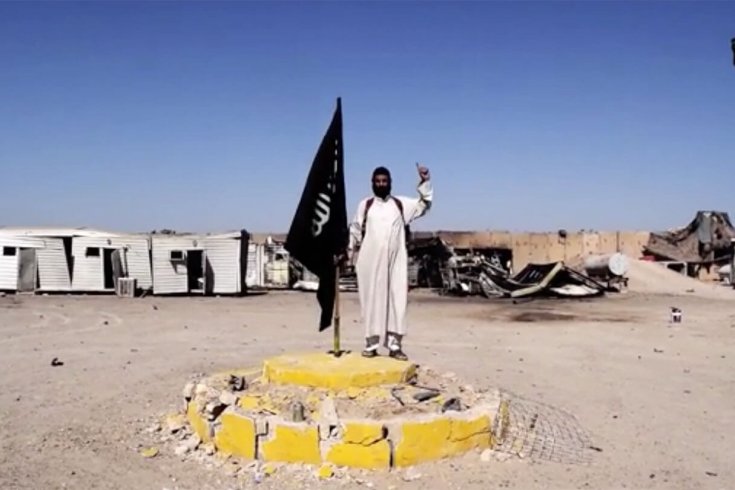 Every time someone says we should bomb ISIS, I think of an Iraqi kebab joint called Haji Hussein. There wasn’t a lot to recommend Iraqi cuisine when the Americans invaded in 2003. For the most part, you ate best in peoples’ homes. The exception was the legendary Haji Hussein, located in a drive-by town out in the desert called Fallujah. Come to think of it, there wasn’t much to recommend Fallujah, either, except Haji Hussein. Long before the US Marines put the place on the map, it was known as the town with lots of mosques where you got great kebabs.

As you drove in from Jordan across the desert, your driver begged you to stop. Friends in Baghdad demanded take-out. Inside the restaurant, tribal leaders in spotless white dishdashas mingled with rougher types from the industrial side of town. Foreigners were usually taken to the quieter “family” section where someone inevitably decided to teach you the chobi, a local dance. It was a ritual that lasted well into the insurgency but at some point the Americans decided Haji Hussein was an insurgent meeting place and lit it up, as they liked to say, with a 2,000-pound bomb. It probably had been an insurgent meeting place, but only in the way that the local Tim Horton’s in Antigonish, NS, is a Conservative Party meeting place. Everyone went to Haji Hussein, insurgents included.

But bombing it was the kind of dumb idea that characterized the US occupation. In the end it’s not just hearts and minds but stomachs that are won and lost. Anyone who attacked Haji Hussein was not going to win in Iraq any more than a terrorist group that attacks a night club in Paris is going to intimidate the French. If anything, it does the opposite.

ISIS understands this, of course, much better than the Americans. But ISIS does on purpose what the US did by accident—piss everyone off, go for the gut. They don’t want to occupy France or even attack its symbols of military or Imperial glory. They want to make their war intimate. They want you to feel it in your gut. They want you to think—I could have been eating there, I could have been drinking there. And then they want you to bomb them in return. Because without an enemy, ISIS is just a bunch of bearded guys in tacky outfits that the locals really don’t like very much.

ISIS, as we know from the videos, are masters at making their war up close and familiar, of bringing it onto your screens and into your heads. I was reminded of this when my Parisian sister, who is a partner in a Parisian restaurant, sent me an interview that her fifteen-year-old son gave to a British television station about being in the Stade de France when the suicide bombers went off outside. Watching my teenage nephew, and wondering what would have happened had the terrorists gotten inside, it was hard not to think that bombing ISIS was the only possible response.

Because once you feel it your gut, you’re tempted to do what the French did when they attacked Raqqa almost immediately with large-scale bombing raids. But how many new recruits did ISIS get from this gut response? We’ll never know, but no doubt far more than the few they lost in Paris.

So far, we have pretty strong proof that the air war has been a failure—after more than 10,000 allied sorties, ISIS still controls much the same territory. It seems that you can no more get rid of ISIS with a bombing campaign than you could get rid of the American Tea Party with one. Like the Tea Party, ISIS is cultural reaction, a kind of political immune response by the Sunni Arabs to Iranian-backed sectarian governments in Damascus and Baghdad.

While ISIS has aspects of a global phenomenon, it is primarily a series of very localized political problems, surrounded by geopolitical disputes. We fixate on the foreign fighters and the Internet execution videos because they are easy to understand. But these are misleading, deliberately so. Our columnists like to write about Dabiq, the ISIS magazine, mainly because it is published in English. We hear about their takfiri extremist ideology because it makes us shiver like Whoopi Goldberg’s hyena in The Lion King. We pay attention to ISIS tweets and social media because you can translate them from home in Toronto or Tofino. We listen to what our allies like the Kurds tell us because they seem like “good” Muslims and we are ignorant about their plans for territorial expansion.

But how many articles have you read about the tribes that stopped ISIS on its march to Fallujah or the sacrifice of the local police forces and their families in Ramadi? But these are the groups that will, in the end, beat ISIS if anyone does. Wars like these are intimate affairs, won at the local level by people fighting for their families and the lands they grew up on. As an Iraqi insurgent fighting the Americans told me as he took me around the countryside in 2004, the date-palm groves were where he and his cousins played as children and where they were happy to fight as men. It was his tribe that, ten years later, stopped ISIS outside of Ramadi after government forces fled the battle. For them, the war is local.

Of course, compared to terrorist attacks and jihadi porn, the history of ISIS’s rise is boring and we think we know it. Do we really have to hear again that ISIS was originally al Qaeda in Iraq (AQI)? Or that ISIS depends for its existence on the alienation of the Sunni Arab population from the sectarian policies of the Shiite-led government of former Iraqi prime minister, now vice president, Nouri al-Maliki? Or that Iranian-backed Shiite militias and Kurdish forces will never be able to conquer a Sunni city like Fallujah or Ramadi, let alone Mosul? Or that AQI was nearly beaten in Iraq but resurfaced in Syria only to return triumphantly to Iraq because the government in Baghdad was bombing the Sunnis in Fallujah, just as we are today? Are we not still blaming the Americans? Can’t we say screw Sunni alienation, let’s just do something already!

But these latest terrorist attacks in Egypt, Lebanon, and France are the military equivalent of the cheerleading squad. They are designed to get attention, and hopefully recruits, while the real game is played in the capitals of the Middle East, particularly Baghdad. Had the French bombed the offices of al-Maliki, who still wields a lot of power, rather than Raqqa, they might have accomplished more to undermine support for ISIS. Not to mention the support that ISIS has had, directly or indirectly, from Turkey and Saudi Arabia, which raises the question of who the real enemy is at this point. But, of course, our allies in this war are often as not the root of the problem.

ISIS will remain strong because the underlining politics that created it—the boring old Iraqi Sunni Arab alienation, the familiar hegemonic disputes between Iran and Saudi Arabia in Syria and elsewhere—continue and will do so for a long time. Last fall in Baghdad, I interviewed deputy prime minister Saleh al-Mutlaq, one of Iraq’s most powerful Sunni politicians, who listed the demands that needed to be met if the Sunni population was going to be convinced to rise up against ISIS. The Sunni Arabs, without whom ISIS cannot be defeated, are still waiting to join the fight. For many, ISIS is a better alternative than the present Iraqi government, let alone the government in Syria. Bombing will not change this political equation. And, not surprisingly, many Sunnis don’t want the bombing to continue. Air power absent an effective strategy is a terrifying, random death machine that hardly wins over the local population.

Meanwhile, attacks in Paris and elsewhere will continue, too. Indeed, they probably would even if the caliphate was crushed. But this is nothing new to the French. I spent the first two years of my life in Paris and every decade since the capital has been plagued by some kind of attentats and plastiqages from one group or another. Even my nephew, at only fifteen, has survived an ISIS bomb attack and earlier lost an uncle to Corsican separatist assassins.

At any rate, we can only hope that the French, with their many experiences of war and violence, will not pretend as the Americans and others often to do that war has no price, that it happens somewhere else, that it is not an intimate affair. The French have known for generations that if you can bomb their restaurants then maybe they can bomb yours, too. It’s not a solution to ISIS but then again thinking you have a solution can be worse than the problem—that’s how the Americans got us into this mess in the first place. The best that can be hoped for is twofold: first, containment of ISIS while the politics of the region grinds on; second, that ISIS will burn out from internal feuds at the top as the locals destroy it from the bottom. Fresh kebabs at Haji Hussein will have to wait.

Patrick Graham has published with the Guardian, the New York Times, and the Globe and Mail.