Beyond a Reasonable Doubt: Part 5 | The Walrus
Skip to content 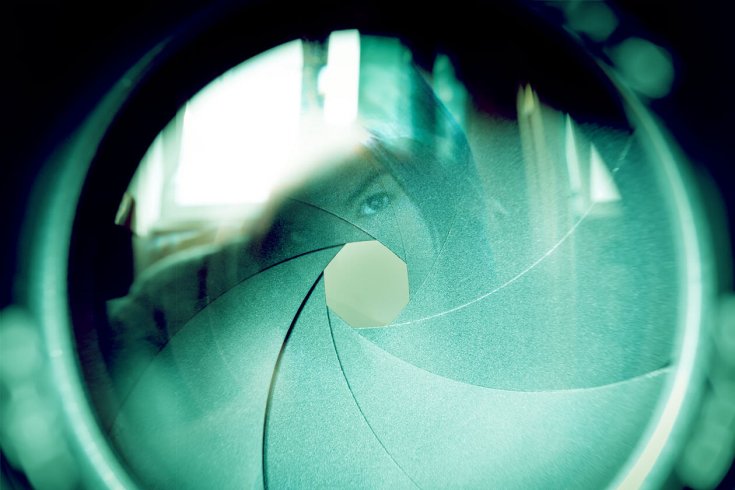 Part 4: The verdict arrives. And so does Marie Henein, best known for representing Jian Ghomeshi

Before Li Peng’s appeal could be launched, he had to be sentenced. Originally, sentencing was supposed to take place in late September, almost three months after his trial, but when Li switched lawyers it was bumped to November 2015. While waiting for the hearing to begin, I overhear the officer in charge of the case, who has been present throughout the proceedings, say to Li, “If you have any belongings that you don’t want to bring with you, I suggest you give them to your family right now.”

Danielle Robitaille, a partner from the Henein Hutchison law firm, warns her client, “The last thing you need to prepare yourself for is that sometimes the unexpected happens.” She’s referring to the fact that the judge may decide not to go along with the “joint position” she and the Crown Attorney Daniel Brandes have agreed to.

Together, they are asking for a two-year penitentiary sentence for Li followed by one year probation and the standard ten years on the sex offender list. Brandes says this will serve the goals of denunciation and general deterrence, and that two years of custody is a very significant period for someone with no criminal record.

As Robitaille summarizes the results of an informal survey she and Brandes have conducted of sentencing in sexual assault cases, she makes a reference to what are “often termed date rape cases.”

“I find it a really horrible phrase,” interjects the judge.

Robitaille nods. She mentions two letters of support for the defendant that she has filed along with his CV.

“I must confess a lot of the language in there . . . I don’t understand,” Goldstein says referring to the technology jargon in Li’s CV.

“Yes, your honour,” Robitaille says. “I don’t understand either.” She returns to describing Li’s accomplishments, noting that he became a Canadian citizen in 2012 and then sponsored his parents to come to Canada. They are the victims of China’s one-child policy, she says, and rely on Li for financial support. His long-term girlfriend is sitting with them in the gallery. “This conviction has had a devastating impact,” she says.

The judge agrees to the joint proposal. “This is an extremely unfortunate case,” he says. “Li is clearly an intelligent and talented man . . . (who led an) entirely unblemished life up to this point.” Although out of character, the sexual assault has been proven beyond a reasonable doubt, he continues. “There was a failure to heed the admonition that no means no . . . . It was not just a grope but a full-on penetrating rape,” says the judge, adding quickly that gropes are never permissible either. “No means no,” he repeats. “Sexual violence must be punished.”

He turns to the defendant. “It is an unfortunate circumstance. I wish you luck. You are sentenced to two years plus one-year probation.”

Li’s hands are cuffed behind his back. His down jacket with the fur hood rests in the crook of his arm. For this occasion, he is dressed in uncharacteristically sober fashion in a grey suit and open collared white shirt. He nods to his parents as he is led out of the room. He will not, however, stay long in custody. Bail will immediately and successfully be sought pending his appeal.

The grounds for Li’s appeal are threefold:

During the course of covering this case, many of the non-lawyers I’ve spoken to have been shocked to learn that under Canadian and common law, it is possible to convict someone of a serious crime based on the testimony of one witness alone. While there was a time that corroboration was required to secure a conviction for sexual assault (and also sexual offences against children), those requirements were mostly done away with after second-wave feminists made rape an important political issue.

Previously, for example, courts would demand all sorts of highly specific types of corroboration to convict for rape—in many cases, evidence far above and beyond what would be required for proof of murder. The jury would also have been instructed that it would be dangerous to convict based on the complainant’s uncorroborated evidence alone. Today’s jurors, on the other hand, are now told that as long as they believe the complainant beyond a reasonable doubt, and in accordance with the other applicable requirements, they can convict.

There is, however, a gulf between cases such as Li Peng’s and those that prompted the 1983 reform of sexual assault laws in Canada. Back then, rapists and child abusers, who made quasi-confessions to drinking buddies at the neighbourhood bar, were often let off because the only witnesses were their victims or the victims’ mothers, who were deemed unreliable. These defendants were frequently accorded every possible benefit of the doubt, while the complainant was treated as if she herself were on trial.

By contrast, the recent cases that have captured headlines often revolve around the issue of consent. When there is an acquittal, social media lights up with activists proclaiming #IBelieveSurvivors and this is how #RapeCulture works. There is little if any constructive criticism of current courtroom procedures and practices, and a whole lot of virtue signaling. The issue of how to reconcile calls for higher prosecution and conviction rates with the rights of the accused to a fair trial is almost always avoided.

A perfect example of this arose when NDP leader Thomas Mulcair tweeted #IBelieveSurvivors on the day that Jian Ghomeshi was acquitted of sexual assault. After Marie Henein lambasted the politician in a post-trial interview, suggesting he was just looking for votes, Mulcair responded with, “I believe strongly in the presumption of innocence and the right to a strong defence but I also believe survivors”—seemingly oblivious to the inherent contradiction in his statement.

There are still a few dinosaurs including Alberta judge Robin Camp—who recently asked a complainant why she didn’t just keep her knees together or “sink her bottom down into the basin” to prevent being raped. But he was roundly criticized, first by the public, and then by his fellow judges who recommended he be removed from the bench—an almost unheard of punishment in judicial circles and one that sends a very strong message.

In contrast, when Toronto judge Marvin Zuker made headlines over a rape case last summer, it was not for attacking the complainant but rather for berating the defendant, Mustafa Ururyar. Zuker also denied Ururyar bail while he was awaiting sentencing, a decision that was almost immediately overturned by Superior Court Justice Michael Quigley who found Ururyar had “strongly arguable if not decisive” grounds of appeal “involving errors of law that go to trial fairness.” He said Zuker had taken on the roles of “advocate, witness and judge” and called his decision a “jaw dropper.” Ururyar was eventually sentenced to eighteen months in jail but, like Li, remains out on bail pending his appeal.

After Li left his sentencing hearing in handcuffs, I sprinted to the elevators to catch Brandes and Alex Zlobicki, the officer in charge of the case. The prosecutor declined to comment other than to express surprise that I had actually run after him and had to catch my breath. Zlobicki said only, “Every case has features that make it unique. The people involved make it unique.”

Neither seemed especially satisfied to have removed a dangerous sexual predator from the streets, sent him to jail for a two-year sentence, and put him on the sexual offender registry. The Li case should have been a victory for sexual assault activists, police, and the crown: they won a conviction from a judge who believed the victim. And yet, for some reason, no one wants to talk about it.