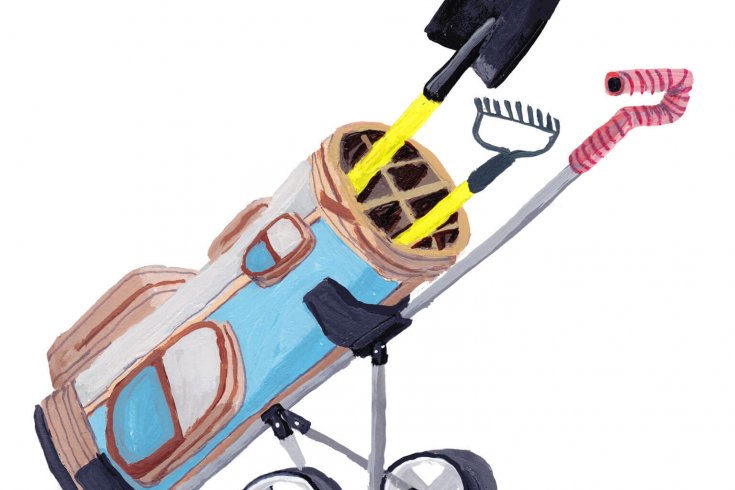 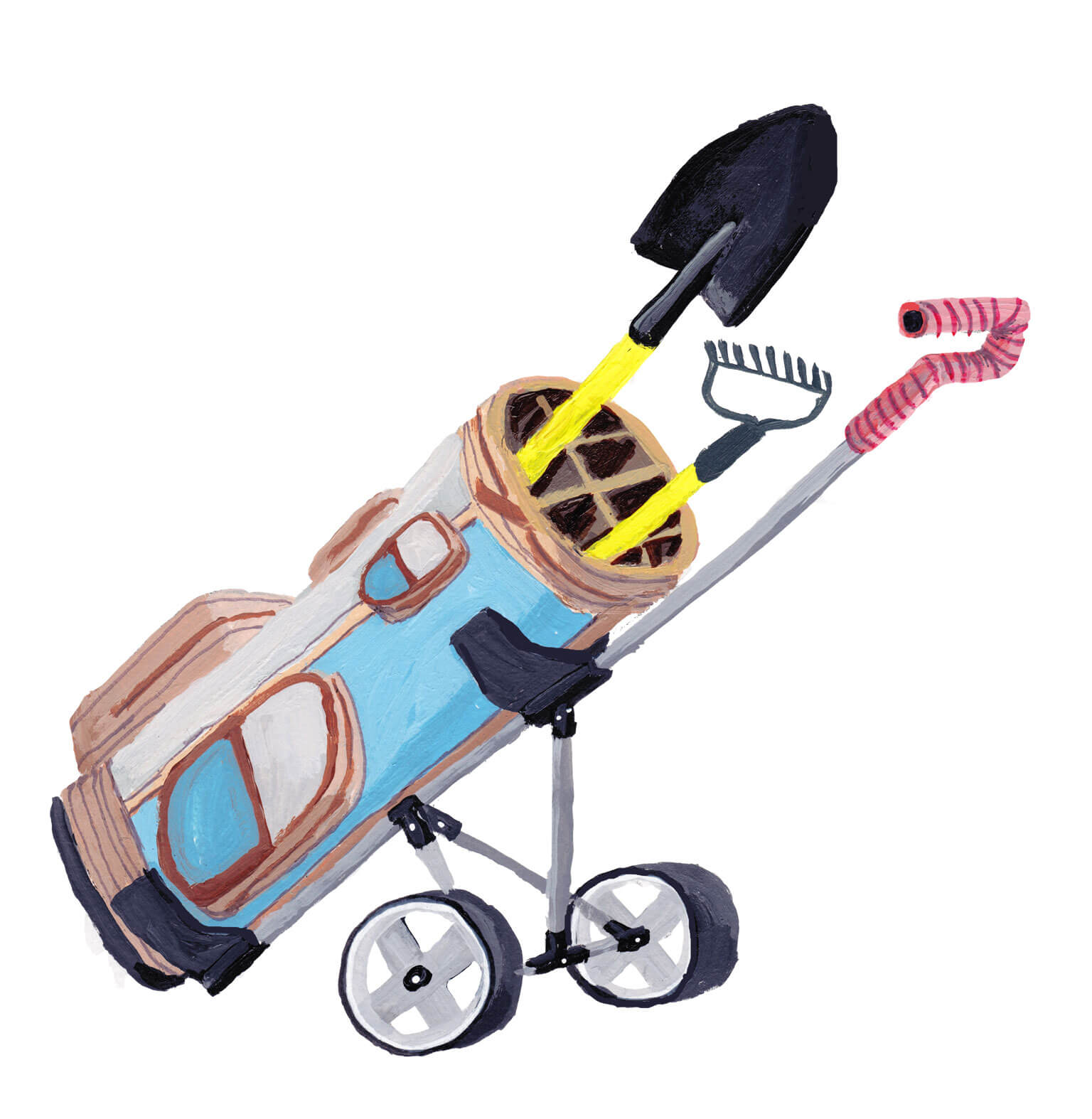 It was morning by the time a ­golfer discovered the carcass. Massive and partially devoured, the moose lay dead on the fairway. The night before, the ungulate had wandered out of the shelter of the trees lining the green, and a grizzly bear had taken it down right there on the manicured grass. Not much can shut down the Dawson City Golf Course during its short summer season, which starts as soon as the ice breaks up and the ferry can go back on the water. But in 2013, a bear-versus-moose death match did just that. Management closed the course for thirty-six hours while conservation officers disposed of the carcass and set traps in case the grizzly returned to claim his leftovers.

Located at sixty-four degrees north, just half a day’s drive south of the Arctic ­Circle, the course is the most northerly natural green in Canada. Here’s how you find it: First, follow dusty, tourist-heavy Front Street until it dead-ends at the Yukon River, which is so silt-choked it looks like chocolate milk. Nudge your pickup onto the open-deck ferry and feel the vessel shudder as it fights the current to cross. Next, wind up a hill out of the valley on a narrow paved highway that’ll take you to Alaska if you keep going. Instead, turn left, following the blue signs marked with a stick-figure golfer in mid-swing. Dodge the six-inch-deep ruts that mar the dried-mud-and-gravel surface. Engage your four-wheel drive, if you’ve got it. The chewed-up road climbs along a cliff edge before it slopes down ­into dense boreal forest. Suddenly, the tall, spindly spruce trees part, and fairways appear on the left and right like an oasis.

Early last June, a rust-riddled Ford F-250, its bed loaded with grey-brown silty dirt, sat parked at the edge of the green at Hole 3. Under a high early-summer sun that wouldn’t set until nearly midnight, a man with a shovel walked from the green to the truck and back again, scooping earth from the pile and scattering it across the half-grown grass.

Aside from encounters with rogue ­wildlife—a moose that likes to stomp holes in the eighth green; a black bear that spent the summer of 2014 outside the crew’s quarters—maintaining the greens is the toughest part of running the course, which is used mainly by locals. Yukon winters mean temperatures below minus-forty degrees for days at a time, and each spring thaw reveals dead brown patches.

Matt Smith, slight and dark-haired with a deep tan, is the superintendent of grounds; sanding the greens gives his newly ­seeded grass a fighting chance. Down south, at a big corporate golf course, he’d have ­spreaders and sanders—machines to help with the job. But here, he does it by hand, spreading the loose soil, raking it smooth, then flattening it with a drum roller. Smith gathers the soil himself from a spot on the side of the road just down the hill, loading it into a Bobcat and carrying it back to the truck. “Ideally, I’d be using a coarse sand,” he says. But he’d have to truck it in from Whitehorse, a six-hour drive away. “You’ve gotta work with what you got, right?”

To keep the course running, Smith has to make sure that an array of aging machines remains functional. The facilities run on solar power—with a diesel generator as backup—and fresh water is trucked in. (He pumps the non-potable water for the sprinkler system from the marsh below the eighth and ninth holes; last summer, when a valve for the main suction line fell off into the muck, Smith spent three hours swamp-diving to retrieve it.) He’s used to having a gun on hand: there’s a twelve-gauge for shotgun starts or in case of a bear or moose emergency.

Smith’s main concern, though, isn’t ­facing down megafauna. The real mischief-­makers are the ravens, who swoop down and snatch balls as helpless golfers look on. (Rule number ten on the scorecard reads, “No penalty if you lose a ball to ravens.”) On that June morning, Smith finishes ­raking, slams the truck’s tailgate shut, and throws his rake and shovel on the ever-shrinking pile of dirt in the bed. Then he slides into the driver’s seat and rumbles on through the rough.

Eva Holland (@evaholland) has written for Up Here, Grantland, and Outside. Her book, Nerve, on the science of fear, was published last year.
Brandon Celi