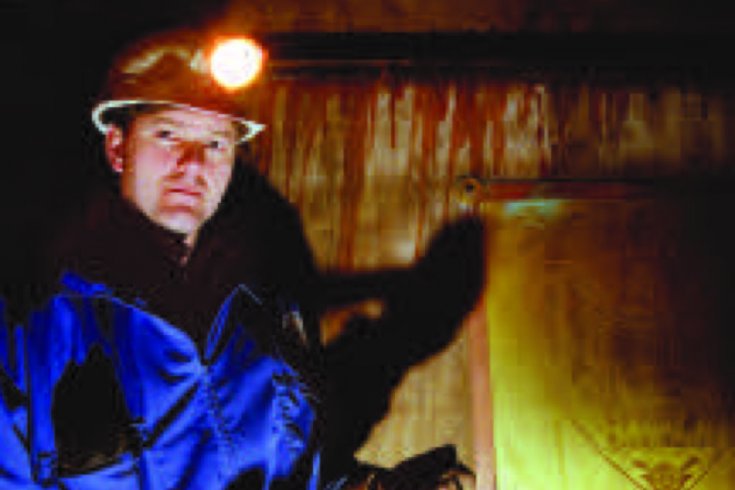 This month, we feature a pair of Field Notes about projects that hedge humanity’s bets against eco- logical collapse. Above, Arne Kristoffersen prepares to open the inner door of the Svalbard Arctic Seed Depository. Beginning on page 28, take a tour of a frozen tissue lab. / Photograph by Ilja Herb

longyearbyen — I have seen the future of the world, and it is secured with suitcase locks you can buy at Canadian Tire, encased in what appears to be an underground porta-­potty, and guarded by a retired coal miner who books Pink Floyd cover bands to play on-site. These humble markers identify the Svalbard Arctic Seed Depository, a project premised on the cheery notion that it’s only a matter of time before nuclear war, terrorism, global warming, natural disasters, or some combination thereof conspire to wipe out humankind’s staple crops. The future of the world is a Noah’s ark of edible plants — 9,000 species of seeds locked in an underground safe and buried beneath a polar island.

Today will be the first day I’ve left town without a Mauser .308 rifle, which shoots bullets larger than a gherkin — there’s roughly one polar bear for every man, woman, and child here on the Norwegian archipelago of Svalbard, northeast of Greenland. It’s almost June and the sun hasn’t set in a month. The curtains in the trailer where I’ve just slept might as well be made of plastic wrap. At a latitude of 78 degrees north, heading beneath the permafrost is the only way to escape the light. It’s also the only way to escape the vagaries of temperature. The depository lies in an underground coal mine because seeds need to be stored in consistently frozen temperatures.

The Svalbard project is an offshoot of the Nordic Gene Bank. The ngb was founded in 1979 as a single flagship bank, located in Alnarp, Sweden, with a mandate to conserve seeds for Nordic countries. Five years into its mandate, the ngb’s Alnarp-based board came up with the idea of building a remote facility on Svalbard in case of geopolitical or environmental disaster.

Arne Kristoffersen, forty-eight, is my guide to the Svalbard depository. He drives me to Gruve 3, an abandoned coal mine near the airport in Longyearbyen, the region’s capital, home to 2,000 people. Kristoffersen is wearing a salad of synthetic clothes — nylon cargo pants, nylon shirt, fleece vest, and plastic clogs — festooned with the red and yellow logo of his tour company, Svalbard Wildlife Services. Kristoffersen worked as a miner here until 1992, and became the mine’s visitors’ guide the following year. When Gruve 3 closed in 1996, he purchased the right to parade tourists through the mine. The ngb’s brain trust saw him as an obvious watchman for the bank.

“I was simply a guy with a key,” says Kristoffersen as he unlocks the mine’s office. He has left things unchanged, right down to the poster of a topless woman posing by a pool, for the benefit of the 2,000-plus tourists who visit the site each year. A determined businessman, Kristoffersen once booked a Pink Floyd cover band to play in the giant shed formerly used to house machinery. He is also charging me $80 for the privilege of seeing the bank.

Kristoffersen issues me a hard hat, a pair of coveralls, a headlamp, and finally an aluminum cube that looks like a child’s lunch box. The cube contains an emergency respiration device, for use in the event of a cave-in. Before we leave, my guide reaches into his pocket for what looks like a large BlackBerry, stands on a chair, and extends the device as high as he can. He’s testing for methane, the cause of most coal explosions. Methane flares can be triggered by a single spark, dislodging and then igniting fine particles of coal dust. This dust burns at a speed of up to 2,000 metres per second — a bullet, by comparison, leaves a rifle chamber at about 800 metres per second. So we will not be smoking.

Kristoffersen declares the mine safe and opens a metal door. Once inside, we’re surrounded by cold and abso-­ lute darkness, save for the beams from our headlamps. Kristoffersen apologizes for the “mess”: ten coal cars, full to the gunwales, and a dozen railway ties sprinkled along the narrow passage. We walk 200 metres along the corridor, into the belly of the mountain. The tunnel ends at a huge, broken wooden door. A second door, twenty metres beyond, is secured with a wooden crosspiece and several small padlocks. Kristoffersen unlocks them and uses a sledge-­ hammer to bash open the crosspiece, each bash sending a plume of coal dust into the air. The door opens to reveal yet another door, again secured with a crosspiece, but this time no locks. Kristoffersen crowbars it out of the frost and bodychecks the door open.

Inside is a small cavern where a darkbrown, frost-covered container rests on wooden beams on a dirt floor. The container is no larger than a van and fabricated from paper-thin metal. “This,” Kristoffersen says, pausing for effect, “is the gene bank.” He unlocks its flimsy door, exposing stacks of small wooden crates, one of which is already open, then rummages through Styrofoam packing bits and produces what looks like a cathode ray tube. Inside are pellets that resemble yogourt-covered berries. “Pea seeds,” says Kristoffersen. Dinner, 2087.

Every two and a half years or so, scientists from the ngb withdraw a crosssection of seeds to make sure they’re still intact. The bank relies on the natural temperature of permafrost — between –3 and –4ºC — to keep the seeds cool. Although the optimum temperature for storing seeds is –18ºC, Bent Skovmand, director of the ngb, says the ones here show no signs of denaturing.

To meet the challenges of security and storage, a much larger guarantor of the future is in the works. The Svalbard Global Seed Vault will contain seeds from around the world (97 percent of the species in the current bank are native to the Nordic countries). It will be constructed in a concrete-lined vault under a mountain near Longyearbyen, at a projected cost of $4.7 million. Construction was supposed to begin in 2006, but disagreements over design and operation have delayed groundbreaking.

After a few photos, Kristoffersen leads the way back to the surface. He locks and wedges the doors shut with care, reminding me that he’s the man with the keys: “Not even the prime ministers of the Nordic countries have a set.” So in the worst-case scenario, I ask, how will the last people on earth gain access to their future?

“With a crowbar and a sledgehammer,” he replies, “I think they’ll manage.” 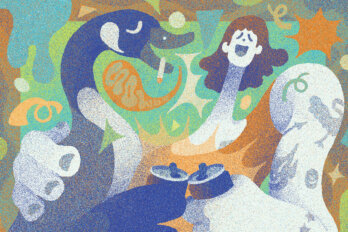