Anne of the New Millennium | The Walrus
Skip to content 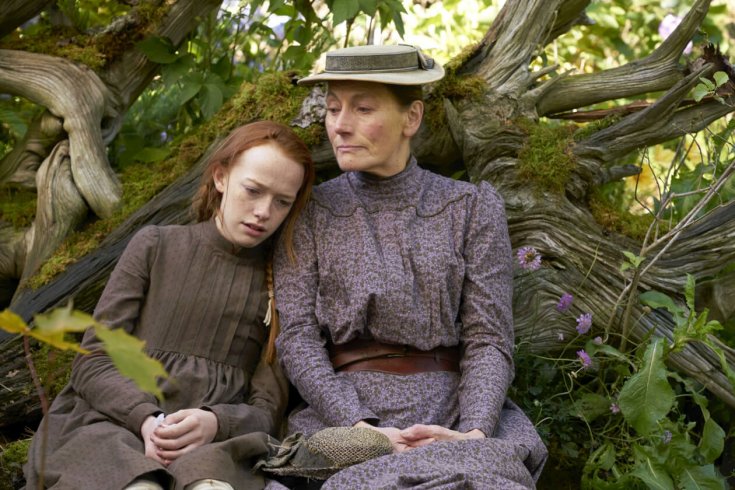 In Lucy Maud Montgomery’s Anne of Green Gables, the story of Anne Shirley begins with a famous misunderstanding: Matthew and Marilla Cuthbert, middle-aged siblings in Avonlea, Prince Edward Island, seek to adopt an orphan boy as an alternative to hired help. Instead, waiting at the train station, they find a volatile, verbose young girl with an impressive imagination. After a precarious beginning, Anne wins the Cuthberts’ love, and she thrives in her new home.

In the CBC’s acclaimed new Anne series, which launched last month, the initial shock doesn’t wear off quickly. It’s a truism now that even the most mature thirteen-year-olds can be stubborn, moody, and unpredictable—even if it wasn’t so common to portray that in the fiction of 100 years ago. And this particular thirteen-year-old, played by Irish-Canadian actress Amybeth McNulty, is also traumatized by a history of abuse during her years in foster homes and at an orphanage.

When Lucy Maud Montgomery published the first book in what would become the iconic series in 1908, she smoothed over the harsh realities of its heroine’s world. Montgomery’s Anne is markedly well-intentioned and optimistic. She rarely expresses bitterness—except perhaps with regards to her red hair and freckles. She apologizes for her temper tantrums. She holds her most enduring grievance against schoolmate Gilbert Blythe after he mocks her braids (“Carrots!”). For over a century, that’s the Anne readers adored.

The new show’s writer, Moira Walley-Beckett—whose Breaking Bad credits promised a darker interpretation of Anne Shirley for a more mature audience—doesn’t offer that same literary escape. As we see it now, Prince Edward Island in the 1890s wasn’t the fairytale world Montgomery sketched; orphans like Anne were looked down on, children were viewed as cheap labour, and what we consider the privileges of childhood today—innocence, indulgence, a steady stream of snacks—was reserved for those families who could afford them.

The new Anne Shirley is under no delusions. As Marilla, her new guardian, drives her away from Green Gables to rectify the mistake and send for an orphan boy instead, Anne remarks that it’s a shame she’ll never have a proper childhood. It’s a fact that this Anne, who likes to pretend her name is Cordelia and that her parents were international spies, can’t imagine away.

Viewers may wonder why, in this golden era of television, the CBC has chosen to revisit such a safe, obvious bet as the Anne of Green Gables franchise. But Walley-Beckett’s interpretation couldn’t be more timely. While the novel follows Anne from ages eleven to sixteen, as she quickly makes “bosom friends,” performs in Christmas pageants, and climbs to the top of her class, Walley-Beckett hones in on what would have been the first weeks of Anne’s introduction to Green Gables. Her storyline strays considerably from the novel’s plot; its most refreshing twist is the nuanced examination of what it means to be adopted as a teenager. The new Anne reminds us that childhood is never as carefree, and as natural, as we’d like to imagine.

Montgomery’s Anne was always a little rebellious—speaking when not spoken to, renaming paths and ponds to better suit her whimsy, and even declaring she had disowned God because she’d been told he had made her hair red “on purpose.” But the Cuthberts tolerate—and secretly delight in—her runaway imagination, and cure her impiety by sending her to Sunday school. When Anne’s temper erupts, they teach her to apologize; when she accidentally spoils the dessert pudding or dyes her hair green, she is gently reprimanded, and all is soon forgiven.

The new Anne acts more like a contemporary teen. She’s wary of adults, and in moments of distress, convinces herself she can survive without their protection. She’ll go to any lengths to be accepted by her peers; when she fails, she decides she doesn’t need friends. And she gradually learns that being honest about her feelings, and about her dark past, makes her vulnerable in a judging society.

In flashbacks, we see Anne struggling to care for several children in one of her foster homes while the mother, Mrs. Hammond, threatens her with a beating. We later catch a glimpse of Mr. Hammond striking Anne before a heart attack takes his life. Back in Avonlea, in a huddle with her new schoolmates, Anne speaks openly of Mr. Hammond’s frequent drunkenness, how he sexually assaulted his wife, and how acts of domestic violence often trickled down to other members of the family. Her veracity costs her dearly: after listening, the prim schoolgirls march away, refusing to associate with “trash.”

Anne begins to understand that if she wants to fit in, she has to pretend—or imagine—that she’d had just as sheltered a childhood as her peers. If she lived in 2017, she might achieve that through goofy Snapchats and Instagram photos tagged with #happy, #smile, and #blessed. She would know, as any teen today does, that upbeat posts get the most likes.

One of the most remarkable things about the new Anne series is the way it’s being consumed. For more than a century, the books have been read by children—and adults—the world over, as a kind of cipher for adolescent loneliness, a warm light burning for the power of creativity, and connection with “kindred spirits.”

I discovered the books in my early teens, when I lived in Syria and was just starting to learn about email. Now, nearly two decades later, one of the most striking things about the new series is the way that audiences will consume it. Today, Anne fans have social media—and a built-in community to share with each other. The show’s producers are building an active social presence, posting behind-the-scenes photos and instructional videos on braiding one’s hair or making a floral crown. Snapchat even created an Anne filter that frames the user’s face in red braids and flowers.

On the official Anne Facebook page, fans of the books and of the show post questions to the actors and occasionally register shock at the story’s darker turn. Many seem impressed with the way the show addresses issues of bullying and trauma, while others yearn for the Anne they always knew: “The show . . . isn’t suitable for young children in my opinion,” writes one.

“I understand Anne would be traumatic [sic] like this if she existed, but this series is too dark and I feel sad every time I watch,” writes another.

No adaptation can please everyone. But four episodes in, the creators of this series have the opportunity to expand the online conversation beyond those initial reactions. Online threads and Q&As could help shape broader societal discussions on such topics as childhood trauma and bullying. Viewers could reflect on how cultural attitudes have changed—and how they haven’t—since Anne’s time.

Childhood and adolescence have never been easy. But unlike in Anne’s day, when children were to be “seen and not heard,” young people now have access to a multitude of platforms from which to express themselves. Maybe the adults can learn to listen. 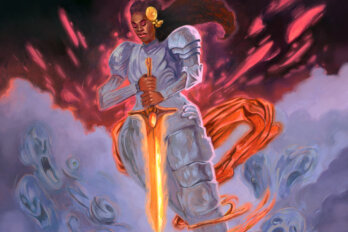