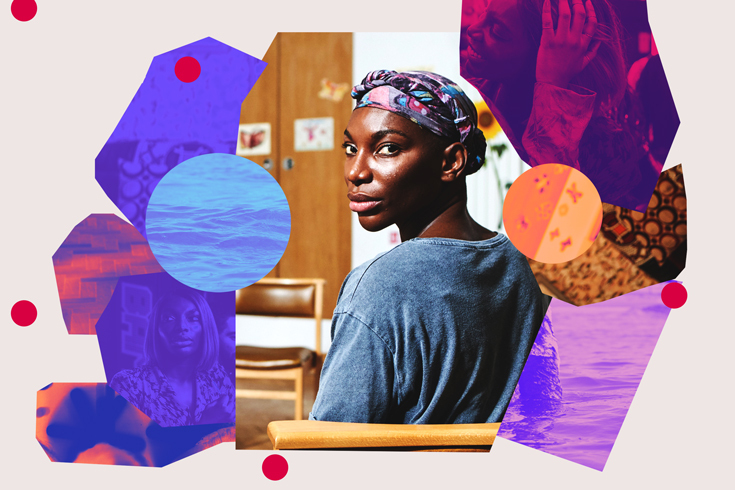 In the years following the assault, memories would come to me in fragments: his round face over a pint glass, broken blood vessels snaking along the edge of his nose. The dark interior of the bar and the wood grain of the table, where he’d placed a drink in front of me. The cool grey cement of his condominium lobby and, later, sunlight coursing in through the windows above a bed. His face bathed in sweat, hovering above mine. These images would surface and resurface, but I couldn’t make sense of them beyond a feeling of unease.

My understanding of sexual assault—both the act and the process of reporting it—had been shaped by television procedurals, like Law & Order: Special Victims Unit and NYPD Blue, and by prestige dramas, like The Sopranos and Game of Thrones. In these series, assault is often a simple plot point. Especially in procedurals, the fallout from the crime is usually immediate. Survivors are capable of quickly processing the act and recalling key details to the authorities; justice is swiftly meted out by the heroes. Rape seems in service to a larger mystery, while the mechanics of storytelling and the law supersede any focus on the survivor’s trauma. These shows reflect an image of assault that’s woven so deeply into our cultural fabric that it took years for me to fully understand what had happened to me.

I’d never seen anything like my assault or its aftermath onscreen until HBO’s I May Destroy You. Michaela Coel’s series, loosely based on her own experience, has been rightfully celebrated for how it subverts the standard tropes of assault narratives, placing the viewer squarely inside the mind of a survivor.

In the closing moments of the pilot episode, author Arabella Essiedu (played by Coel) experiences a quick flash of memory—a man standing above her in the bathroom stall of a London bar, breathing heavily and thrusting his hips. The image is the culmination of an overwhelming sense of dread that builds throughout the episode, as Arabella notices various disturbing clues after a night out: a fresh cut on her forehead, a shattered phone, dishevelled clothing.

Rather than depicting the assault outright, the episode cuts around it, jumping forward in time and focusing on its physical and psychological fallout. This elliptical treatment of the event continues throughout the series, as the viewer pieces together the story alongside Arabella. Unlike standard procedurals, the series becomes a whodunit where solving the mystery is as much about the victim’s ability to process the event as it is about learning the identity of the perpetrator—a creative decision by Coel that forges empathy for the survivor’s experience.

But Arabella’s assault is not the only way the show explores these questions. I May Destroy You dwells in the grey areas that characterize intimacy, a world in which neither victims nor perpetrators are ever “perfect.” A hookup between men starts consensually but escalates into assault when one party asks to stop and is ignored. A threesome appears spontaneous but is revealed as a setup by the two men involved, who pretended to be strangers in order to get a woman into bed. A young man removes a condom, midway through sex, without the consent of his partner. One character becomes both victim and abuser, the series refusing to adhere to common depictions of assault that are keen to simplify or isolate the event.

Real accountability involves facing up to this murky territory around sexual assault and intimacy, an admission that the lines are rarely clear. It’s well documented that modern justice systems regularly fail to do so. Up until now, so has much of our storytelling.

Throughout I May Destroy You, Arabella is haunted by the same traumatic memory fragment of a man standing above her. It recurs during moments of stress but offers little in the way of context. She soon realizes what has happened to her, even as the surrounding details remain frustratingly murky. This fragmentation of memory is a common experience for many survivors of assault but is rarely depicted with such a humane eye to the survivor experience.

“All of our memories are incomplete and fragmentary to some extent,” says Jim Hopper, an expert on psychological trauma and a teaching associate of psychology at Harvard Medical School. “It’s the human condition.” Our brains encounter and register various sensations and thoughts, Hopper says, and the information is either tagged with emotional significance and prioritized for long-term storage or given little attention and weakly encoded.

But, when we encounter a highly stressful situation, like a sexual assault, this process kicks into overdrive. The defence circuitry, Hopper explains, can change the kind of memories that are stored. “People may narrowly focus their attention and give significance to a look in the perpetrator’s eyes or the sensation of an unwelcome touch.” The remembered details might be even smaller, like a hair in the ear or a mark on the wall.

In other words, what gets left behind in the mind of a survivor can be confusing and frustratingly incomplete. The man who assaulted me was a stranger in a bar, and he had brought me a drink. I recall flashes of being led to his home, awakening beneath him, and being sick later, but much of what happened in between was lost. Friends were dismissive and assumed my fragmentary memories were the product of a few too many drinks, a drunken hookup—the assumption, at its heart, that a man couldn’t possibly be a victim of assault.

But I also know what I can’t remember. I don’t remember saying yes or submitting myself to being intimate with him. My intoxication level seemed too high compared to what I had consumed. Later, there was the claustrophobia that set in when a sexual partner held me down in bed, the sense of invasion when a stranger touched the small of my back, or the unease I felt whenever I caught a glimpse of his condo building looming over the neighbourhood.

It took me years, and counselling, to understand how this uncertainty is a part of the assault itself, something the abuser relies on to evade responsibility. I May Destroy You addresses this weaponized ambiguity when Arabella visits a support group for women who have experienced sexual assault. One survivor recounts how her abuser (whom the group refers to as “Bob” to maintain anonymity) casually dismissed her claims. Arabella explains that this dismissal is just part of the cycle: abusers familiarize themselves with grey areas around boundaries and use them to invalidate the claims of their victims. In that space, says Arabella, “we can’t articulate. We fuddle our words. We couldn’t pinpoint exactly what it was he did that we felt was so wrong.”

For Arabella, the only way to hold the abuser accountable—and to regain control—is to directly acknowledge this grey area: to unpack how identity, power, consent, and the shortcomings of the system work together to enable forms of abuse. And this is precisely what Coel is doing in I May Destroy You. “We have to start observing Bob, telling him, ‘We too see the detail. We see you, Bob,’” says Arabella. “And, if we see you, it means we’re right there with you, tiptoeing in line right behind you. And, in that place, where rules, clarity, law, and separation cease to exist, we will show you exactly what we mean by violation.’” This threat is a rallying cry, an assertion that the system must be exposed and the power rebalanced.

I never saw my attacker again. I never reported him. I don’t even remember his name. He exists in my mind as a vague collection of features and unwelcome sensations, a spectre well beyond the reach of the law. I accept that I will never have all the pieces of the puzzle or a traditional sense of justice.

Throughout the series, Arabella returns to the bar where the assault happened, searching for clues to unlock her memories. Eventually, she seems to learn her attacker’s identity when she sees him there. Emboldened by this knowledge, she envisions three possible outcomes. One is a revenge fantasy that ends in her murdering her attacker. In another, she confronts the man and empathizes with him before handing him over to the authorities. And, in the final iteration, she sexually dominates her attacker and lets him go, freeing herself.

This three-part conclusion toys with, and subverts, our expectations as viewers. By cycling through established tropes of sexual assault narratives—revenge, empathy, justice, freedom—Coel reveals how our desire for a conclusive narrative sits at odds with the trauma of assault. Each fantasy is unable to offer a satisfactory ending or to provide Arabella with meaningful closure. For a series that has dwelled so productively in ambiguity, Coel’s story seems to suggest that a neat finish would be somehow infelicitous, that the messy realities of assault require more space and reflection than we’ve given them in the past.

Instead, Arabella channels her experience into a book and recommits to her friendships. Her creative agency allows her to rewrite a story that reflects her lived experience in a way the old tropes couldn’t. My strategy was the same—as Arabella does, I write about my experience and turn to my own support networks: my partner, my therapist, and friends. I won’t remember everything, and I don’t need to. Closure comes in other ways.

And, when I find myself standing beneath that grey condo tower, smaller now next to others on the city skyline, I look up, no longer uneasy.

JP Larocque is a writer with experience in television, web, and print. He has recently worked on Netflix’s Slasher and Another Life and CTV’s Jann, and he is the creator of the OUTtv digital series Gay Nerds. As a journalist, he has bylines in the Toronto Star, Maclean’s, This Magazine, Flare, and Xtra.