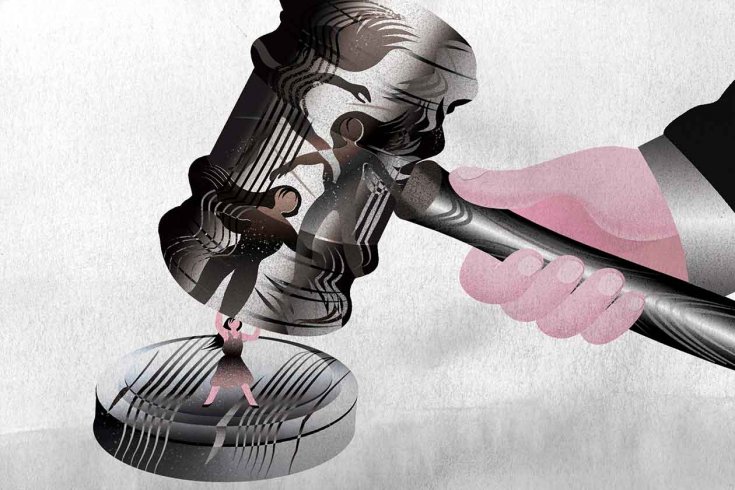 In 2014, Alberta judge Robin Camp asked a nineteen-year-old sexual-assault complainant why she did not just “keep [her] knees together” in order to avoid being raped. The alleged assault occurred in a bathroom during a house party. According to the complainant, the accused walked into the bathroom, removed the complainant’s pants, and placed her so she was sitting in the basin with the faucet at her back. “Why didn’t you just sink your bottom down into the basin so he couldn’t penetrate you?” Camp asked.

Camp found the accused not guilty (a verdict upheld at a 2017 re-trial with a new judge). Yet court transcripts from the original trial show Camp’s astounding obliviousness to the nature of sexual assault—“[she] hasn’t explained why she allowed the sex to happen if she didn’t want it” he says of the accused—and a review by the Canadian Judicial Council later found Camp’s conduct toward the complainant to be “condescending, humiliating and disrespectful.” The council also found that Camp showed a disregard for the laws meant to protect sexual-assault complainants while they are in court, that he “engaged in stereotypical or biased thinking” and that he “relied on flawed assumptions which are well-recognized and established in law as rooted in myths.”

Camp, who became known in headlines as the “Knees-Together Judge,” is far from alone. Similar accounts, which did not manage to grab the public’s attention in the same way, have been playing out in courtrooms across Canada.

It’s a problem Elaine Craig, a law professor at Dalhousie University, has spent years researching. Her book, Putting Trials on Trial: Sexual Assault and the Failure of the Legal Profession, is a damning account of what goes on in Canadian courtrooms, filled with outrageous examples of misconduct by legal professionals, including judges, prosecutors, and defence lawyers. As we consider the issue of sexual assault with renewed interest in the #MeToo era, Craig’s book illuminates, in vivid detail, how ill-equipped Canadian courts are to handle such cases, creating a situation where, as she writes, “one segment of the population regularly engages in harmful acts of sexual violation against another segment of the community with almost complete legal immunity.”

In a different trial, in which a woman is accusing her ex-husband of multiple accounts of assault and sexual assault over a period of years, the defence lawyer attempts to admit into evidence a sex tape made by the couple while they were still in a relationship. The tape was not admitted, however a transcript of the tape was and was then read out to the court.

In another example, the complainant is a woman completing a PhD program, and the accused is one of her classmates. The complainant waited two days to report the assault, which, according to the defence lawyer cross-examining her, indicates that she was not serious about the crime.

Craig acknowledges that the nature of testifying on such a personal issue as sexual trauma, even when the details are necessary to the case, is likely to cause further distress for the victim. But often, as is made clear in the transcripts she provides, the suffering of complainants is gratuitous, distracting, and ultimately does a disservice to the criminal-justice process.

In a series of candid interviews, Craig asks defence lawyers a list of questions. Among these: “If you or someone you cared about were sexually assaulted, would you recommend reporting it and pursuing criminal conviction?” Unsurprisingly, most of the lawyers she spoke with had “serious reservations.”

The harm experienced by women wishing to take their cases to court is not simply an unfortunate and inevitable side effect, Craig argues. It is something actively pursued by defence lawyers who strive to have cases dismissed by using invasive, bullying tactics against women in an effort to confuse, embarrass, and demoralize them and, ideally, have them drop out of the trial completely.

As Craig points out, it is the role of the defence lawyer to defend their clients, no matter the charge, in order to ensure that the state has proven its case “beyond a reasonable doubt.” The defence lawyers she interviews view their ability to embarrass and bully complainants, to delve into their sexual history, to rely on tropes of loose, promiscuous women, simply as tactics they use while doing their part to uphold the rule of law. In effect, however, as Craig shows, they are often standing in the way of the law by making it unnecessarily difficult for victims to complete their trial.

Craig provides many vivid examples of why women choose to “drop out” of the legal process. She highlights statements made on the website of an Alberta lawyer who brags about getting a favourable sexual-assault verdict for his client, despite the fact that the man had two prior sexual-assault convictions and, during the trial, was accused of another sexual assault. While cross-examining the complainant, who was fourteen at the time, the lawyer states proudly that “she became so frustrated by my questions that she effectively quit.”

In another instance, a complainant and an accused were together at an all-night backyard bonfire party where they engaged in sexual activity. According to the complainant, the next morning she left the party and went to bed, where she was followed by the accused and then raped. In an attempt to discredit the complainant, the defence lawyer’s cross-examination focused on the woman’s earlier sexual encounter with the accused, the claim that she had danced topless at the party, and that her nickname at the party had supposedly been “Perky Tits.”

This tactic of repeatedly asking purposely embarrassing questions rooted in highly charged stereotypes of sexual-assault victims, known commonly as “whacking,” is technically prohibited under Canada’s rape shield laws. Section 276 of the Criminal Code states that women’s past sexual activity cannot be used to imply doubt against their claims—or, as Craig describes it, Section 276 rejects “the absurd and discriminatory assumption that women who are unchaste are untrustworthy.”

Different versions of Canada’s rape shield laws were developed throughout the 1980s and ’90s in an attempt to provide protection to victims of sexual assault against harmful, prejudiced views about female sexuality. Though these rules are technically on the books today, the reality is unfortunately very different, and lawyers, as well as judges, routinely, as a consequence of their own biases or as a result of poor sexual-assault legal education, go against these conventions. Even Crown attorneys, who are charged with protecting the complainant during trial, are often not “conscientious” of upholding these rape shield laws, writes Craig. “The challenge, as feminists have long pointed out, is that it is much easier to change the law than it is to make changes to the underlying and overarching legal and social culture.”

Craig takes her central claim, that the barriers victims of sexual assault must face in order to achieve justice are exceptionally high, and takes it one step further. She suggests that the humiliation strategies used by defence lawyers, and upheld by judges and Crown attorneys, are fundamentally inconsistent with a fair legal process and “undermine—rather than uphold—the rule of law.”

A wide-ranging Statistics Canada report on sexual assaults that were reported to police from 2009 to 2014, found that, among the assaults that were investigated and deemed “founded” by police, 79 percent did not end up in a completed court case. The study found that, for a variety of reasons, including women’s decision to drop out of the trial or withdraw charges, only 12 percent of police-reported sexual assaults led to a criminal conviction. Only an estimated 5 percent of sexual assaults in Canada are ever even reported to police at all.

These statistics get to the core of the issue that Craig is attempting to untangle: when courts aren’t able to provide justice, it makes it possible for sexual assaults to be committed with impunity.

In the second chapter of her book, Craig critiques the idea that a politically correct society ruled by feminism has over-corrected on the issue of how sexual-assault trials are handled. After listing numerous, recent, examples of invasive and humiliating lines of questioning during sexual-assault trials, she concludes that this claim is patently not supported by the evidence. “If these are the types of questions, comments, and strategies that occur in a legal culture supposedly inhibited by political correctness and a feminist-inspired, disproportionate concern for the complainants, it is alarming to consider what would be said and done in the absence of these perceived norms of constraints.”

Craig has proven in this book what many women knew to be true already: sexual-assault trials are hellish, traumatizing experiences, and the fair dispensation of justice, in a society still steeped in a mistrust of women and women’s sexuality, is unlikely. How sexual-assault trials are handled is yet another reason that woman so often do not come forward with their claims.

As discussions of sexual assault reach a fever pitch, Craig urges us to look at the logistical aspects of how to solve this problem. On purely practical terms, her case is compelling: we need to ensure that, just as with all crimes, victims of sexual assault will receive a respectful, unbiased trial.

Craig has some theories on how to make this work, including reforming professional ethics and getting the legal community to acknowledge how rape myths harm complainants. The first step, however, which now—perhaps for the first time—we appear ready to do, is acknowledging the problem in the first place.

Sejla Rizvic is a writer based in New York City.
Jenn Liv 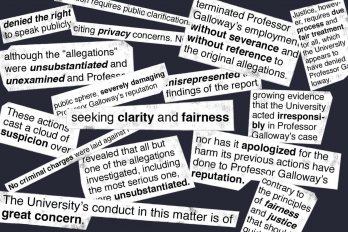 CanLit Has a Sexual-Harassment Problem 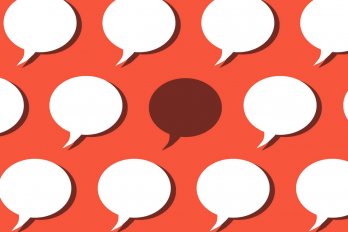 Why I Pulled My Winning Story From a Literary Magazine 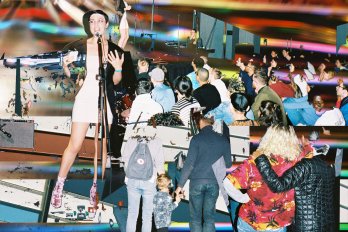 The Radical Notion of Safe Spaces in Music