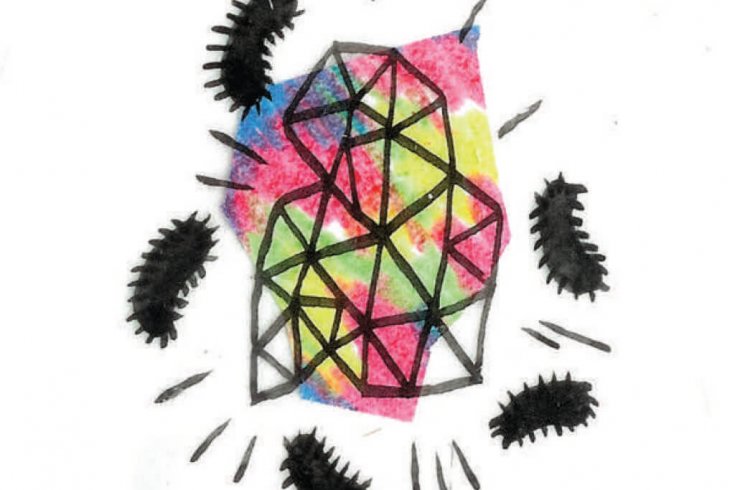 For more than fifty years, an international network of astronomers has been probing the sky with sensitive radio telescopes, listening for any sign of intelligent life beyond Earth. So far, of course, there hasn’t been so much as a peep from ET, which means SETI—the search for extraterrestrial intelligence—is one of the few sciences that has to make do, at least for now, with no data. But that doesn’t mean there isn’t work to be done. A group known as the SETI Post-Detection Taskgroup, established in 2001, has been pondering what the effects of first contact might be, and what actions, if any, earthlings should take in the event that we do one day hear an unambiguous signal above the random noise of interstellar space.

The task group is a committee of the SETI Permanent Study Group (SPSG), itself a branch of the highly respected International Academy of Astronautics, and was set up on the grounds that “once a signal from an alien source is confirmed, things would move too fast for the scientific community to deliberate wisely,” as chair Paul Davies explains in his 2010 book, The Eerie Silence. The group was also designed to take advantage of the broadest possible range of expertise. Today forty members hail from eleven countries, and include a journalist, two lawyers, a philosopher, a theologian, two science fiction writers, and anthropologist Kathryn Denning.

An assistant professor at Toronto’s York University, Denning studies academic and popular ideas of “others,” from ancient human cultures to animals—and, of course, nothing is more “other” than aliens. It’s often said that their discovery would be a turning point in human history; that nothing on Earth would ever be quite the same. Take religion, for example. Some writers have argued that terrestrial religions, including Christianity, would be profoundly shaken in the wake of first contact; Davies himself makes the claim in The Eerie Silence. But Denning isn’t so sure. The Vatican, she points out, may be one step ahead, having sponsored its own workshop on astrobiology last year. “They’re thinking long term. They’re thinking, ‘How do we ensure that our theology can cope with a detection? ’” Other religions may adapt more readily. “If you’re polytheistic—if you’ve got deities in the sky—it may not be such a problem,” she says.

SETI, clearly, is an exercise in educated guesswork. What can we say, for example, about the dispositions of potential alien pen pals or visitors? Would they be friendly? That question has been endlessly explored by science fiction writers, who have imagined thousands of best- and worst-case scenarios. “You get this polarization, even within the SETI community, about the advisability of contact,” says Denning. “Should we be keeping a low profile, because chances are they’re aggressive, dangerous, and hungry? Or should we be trying to make contact, because chances are they’re going to be lovely and very helpful? ”

The case for benignness, it turns out, does have a certain scientific—or at least scientific-sounding—rationale. Many writers, including Carl Sagan, have argued that any civilization that has achieved the capability for interstellar travel must have passed through a “bottleneck” phase in which it could have destroyed itself but didn’t. Having survived their warlike adolescence, they may have matured into a race of benevolent, star-hopping brainiacs. If we’re lucky enough to hear from such beings, they may not only teach us to overcome our violent tendencies, but give us the cure for cancer to boot.

That is, if we’re able to communicate with them. Whoever these aliens are, they certainly wouldn’t look or sound like us; they might not even share our DNA. And yet, most SETI practitioners believe that any civilization capable of sending out a signal we could receive and understand could not be wholly alien, so to speak. At the very least, Denning says, we would share certain scientific knowledge, and that would form the basis of any “conversation” we might have with them: “The assumption is that the universe will be our Rosetta stone.” (This idea, too, has often been taken up by science fiction writers; in his novel Contact, Sagan’s aliens converse with Earth scientists via just such a universal language.) But Denning cautions against assuming too much. “How similar would they be to us? It’s anybody’s guess,” she says.

Again, in the absence of data, it’s easy to assume the worst. The latest cautionary note comes from Stephen Hawking, who, in a recent Discovery Channel documentary, warned that “they might exist in massive ships… having used up all the resources from their home planet. Such advanced aliens would perhaps become nomads, looking to conquer and colonize whatever planets they can reach.” He also drew an analogy with Christopher Columbus arriving in the Americas, “which didn’t turn out very well for the native Americans.”

To be sure, the Columbus analogy is one Denning has heard repeatedly. Although millions of indigenous Americans died in the wake of contact with Europeans—she doesn’t hesitate to use the words “genocide” and even “holocaust”—she says the argument, as it’s usually presented, leaves out a great deal. “Yes, it was a cataclysm—and yet, not as complete an obliteration as some people like to believe,” she says. “Many of the First Nations of the New World are very much alive, and on the ascendancy, [especially] in the southern hemisphere.” For those who survived the turmoil of initial contact, there was “syncretism, friendship, intermarriage… a slow merging of two societies.”

All of this is perhaps academic as long as we’re just passively listening for ET, but it becomes crucially important if we receive a message and choose to reply, or decide to send out an unsolicited message (an enterprise known as “active SETI”). Whether we ought to reach out to ET has been the SPSG’s most controversial question. Two prominent members, John Billingham and Michael Michaud, resigned in 2007 when the group—generally cautious in its approach to transmission—refused to push for an outright ban on active SETI, which the men see as inherently risky. Meanwhile, some twenty messages are already on their way to the stars, mainly sent over the past dozen years by a variety of individuals and groups—along with decades of leakage from our TV and radio broadcasts, as well as the more powerful signals used in military radar installations. Because radio signals can travel no faster than the speed of light, however, any conversation would likely take centuries.

And so the waiting game continues. For Denning, it’s a fascinating time. After all, there are things to be learned by looking inward as well as outward—by examining our own conversations about aliens, and by exploring our own hopes and fears for whatever first contact may bring, if and when it happens. “Anthropologists are lucky,” she says. “We get to look at all manner of everything.”

They walk among us

In ancient times, aliens were intraterrestrial

The human fascination with aliens dates back to classical times, although in that era “aliens” inhabited Earth. Herodotus’s Histories, in which the Greek historian paints vividly inaccurate pictures of Persia, India, and Egypt, describes an Indian desert populated by giant, gold-digging ants. According to Salman Rushdie—who comments on the ancient Greeks’ attitudes toward India in his 2005 novel, Shalimar the Clown—Alexander the Great took Herodotus’s claim to heart: in his retinue he carried a team of crack scientists employed to locate the ants. They never made the find, but they did claim to prove that Indians had black semen. “Best not to ask how,” Rushdie cautions.

Dan Falk (@danfalk) is a science journalist. His latest book is The Science of Shakespeare: A New Look at the Playwright's Universe.
Patrick Kyle