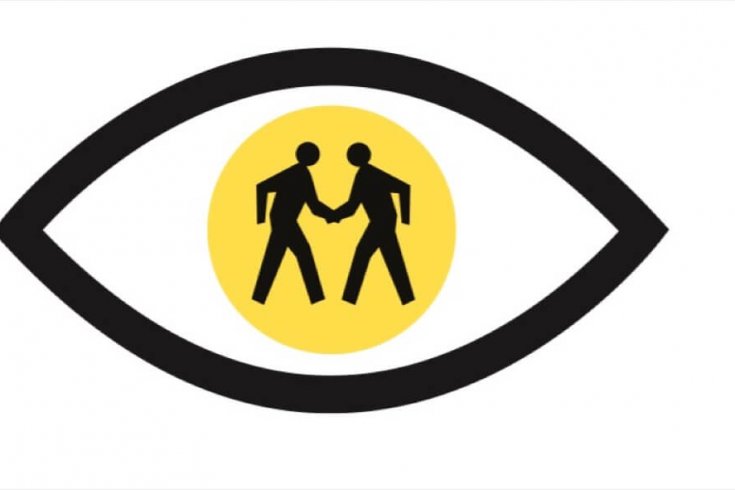 The most certain prediction that we can make about almost any modern society is that it will be more diverse a generation from now than it is today.
— Robert Putnam, E Pluribus Unum: Diversity and Community in the Twenty-first Century

A better world can be imagined, and, if for no other reason than to provide hope, our best thinkers must continue to conjure paths that lead us out of war and away from societal collapse, tribalism, or the final triumph of oligopolies. Iraq, Afghanistan, global warming, massive wealth disparities: there is rotten news everywhere, it seems. But thoughtful ways out cannot be oriented purely to the avoidance of this or that calamity; for sacrifices to be accepted and aspirations to blossom, people must feel they are building a more purposeful tomorrow, not just forestalling the end.

As it happened, the last great moment of hope, the ushering in of a new world order in 1989 after the collapse of Communism, turned into an aborted beginning of a millennial project. After twelve short years, the curtains were drawn on the practice of allowing national governments to sequester themselves in dark and increasingly insignificant talk shops, as markets expanded and capital and brand awareness went global. The incendiary events of September 11, 2001, struck fear in the heart of our commons, and everything changed. During the breathless months that followed, we lurched clumsily, reacted with haste, and looked to national governments for guidance, for a way out of the discontinuity.

Some became merchants of fear, their prescriptions reductionist, and, in the case of the Bush White House, the track record will remain a halting, imperial stain on a great republic. While Ottawa responded with questionable anti-terrorism legislation and security crackdowns, in the rest of Canada there was greater pause, and a somewhat comforting lack of certainty. The world had become difficult to understand, wars asymmetric, fail-safe approaches anything but ordained, and while discussion and debate was hardly a soothing balm it did temper the gathering storm.

I sense now, however, that we have forgotten those uneasy but more reflective years — roughly from the spring of 2002 to the beginning of 2004 — and have sunk into concerns of a more parochial nature and gossipy chit-chat about politicians and their questionable intents. We have allowed the temporal to overtake us, and have left clarion calls for purposeful government by the side of the road, and we are now in danger of thinking without analysis, of accepting government proclamations as resonant when they clearly are not.

I am not thinking here about Canada’s role in Afghanistan, which, while disputed, has a momentum of its own — and the decision-makers remain unchecked. Nor am I pondering one or another social program, contested or not, or how the taxation pendulum is swinging. Rather, I am considering our collective response to a phenomenon that has crept up on us (not unlike global warming), and to which we have paid too little attention for too long: the essential challenge posed by ever-increasing ethnic diversity.

We have colourful festivals, to be sure, but beneath them lurks a question: how can I embrace the other when his values might be hostile to my own?

Measured, contemplative, and based on solid empirical evidence, Robert Putnam’s E Pluribus Unum is a cautionary report about our ability to get along with those outside our own tribes. The Harvard sociologist and political scientist — and recent winner of the prestigious Johan Skytte Prize — is resolutely in favour of immigration, the main driver of cresting diversity, but, he maintains, in the short and medium term there will be trouble. Indeed, Putnam finds that most forms of social capital — volunteerism, basic trust, electoral engagement, a commitment to the very institutions upon which communities are based — suffer when local populations become more heterogeneous, when streetscapes become mixed and the smells and odours and skin colours suggest alien others in “our” midst.

Of course, as Putnam’s research is rooted in forty-one American communities, Canadian nationalists of a certain persuasion will be quick to dismiss his thesis as telling about the US but not pertinent here. In so doing, these purveyors of Canadian exceptionalism make a category mistake: multiculturalism as a government proclamation or a stated goal — customarily announced as a mark of distinction from the arrogant melting-pot insistence of the US — is just that, a hope or an ideology that might diverge demonstrably from what is happening on our streets. National borders, after all, are artificial constructs; people, whether black, white, or Asian, are not. We are made of flesh, blood, and bone, and wherever we reside, we require a sense of belonging. We are finding this in Canada, but mostly and increasingly among our own kind.

While there is talk of the gradual browning of modern societies, and racial harmony as creative miscegenation takes hold — with evidence of its happening on university campuses, for instance — there is a parallel development that may extend Putnam’s short and medium term to longer, more intractable realities.

As previously cited in these pages (Allan Gregg, “Identity Crisis,” March 2006), a 2006 Statistics Canada report, “Visible Minority Neighbourhoods in Toronto, Montréal, and Vancouver,” suggests that ethnic groups are self-segregating at an alarming rate. Writes Gregg: “In 1981, Statistics Canada identified six ‘ethnic enclaves’ across the country . . . [By 2001] that number had exploded to 254.” Following an established pattern of chain-link migration — wherein members of particular foreign communities arrive first and beckon others to follow — combined with relatively large immigrant inflows, part of this is natural and expected. But as the current debate in Quebec over “the reasonable accommodation of minority groups” indicates, diversity in Canada is a troubled thing, and this trouble is felt most profoundly within the broad borders of Montreal, Toronto, and Vancouver, where nearly three-quarters of new arrivals land.

Standing at the corner of Sheppard Avenue and Glen Watford Drive in Toronto, having just dropped off my daughter at the nearby Agincourt Recreation Centre for her hockey practice, it is hard to imagine what kind of community this strange constellation of buildings, cars, and people might be. To my right is a four-sided strip mall framing a large parking lot. There is movement here, some pedestrian fare, but not much, and the various knick-knack stores and food emporiums, all brightly lit and welcoming enough, sit empty or near-empty. On the south side of Sheppard is another strip mall, this one featuring two massage parlours, a cheap diner, dimmer lights, and fewer people. Above this mall rises the International Waxes factory — grey, smoky, a relic of a past age. Behind me are middle-class homes and low-rent housing. A few hundred yards down Sheppard is a stately red and yellow brick Protestant church with an adjoining graveyard. It stands watch, but over what is not clear. There are signs everywhere, many of them broken, almost all of them in Chinese. The few English signs advertise For Lease. “Asiancourt,” this community is often called.

Downtown, I attend a cocktail reception for literati and cognoscenti of one description or another at a well-appointed home in Rosedale. The chatter is voluble, important, even urgent. People are finely turned out. In the corner stands a friend and long-time associate, a writer of considerable reputation. “The food and wine are always excellent here north of Bloor Street,” he says, “and I am grateful for such invitations.” He is the lone black person in the room, not an unusual situation. Indeed, this fact of his existence is sometimes cause for humour, even comedic sketches, if not derision, because, after all, the food and wine “north of Bloor” are predictably good.

In Malton, a once-distinct community of blue-collar workers and their families on Toronto’s edge, I stand on the corner of Morning Star Drive and Airport Road, right near the high school I taught at nine years ago. The place remains an oasis of colour, the passersby spanning the globe — South Asians, Caribbean blacks, Eastern Europeans, the odd “Canadian” — but they all seem to be marching off in opposite directions, clusters creating whatever homogeneity they can within this variegated palette, this “multicultural mosaic.” The term coolie is reserved here for those from Guyana or Trinidad and of East Indian or Chinese heritage, descendants, presumably, of indentured servants brought to those lands after emancipation and to replace African slaves as exploited labour. And the blacks in Malton seem to have not forgotten.

In south Mississauga, still attached to Toronto but still apart — a place where less money buys more house and the semblance of land — a firmer cluster of Polish-speaking people seems, again and more concretely so, a world unto itself. In this solidly conservative enclave, one senses that anything that smacks of state intervention, of the promise that higher taxes will result in collective communal purpose and projects to boost those on the bottom rungs, gains no traction. The Poles here remember Communist rule. In his drive to target specific ethnic groups for electoral advantage, Prime Minister Harper need not worry about this constituency: it is his already.

Back in Toronto, in a community the Harper government has specifically targeted, Jews group around Lawrence Avenue and Bathurst Street. Again, this district seems a world apart, lonely in a way, comfortable enough and less hostile than the derelict Jane-Finch corridor to the northwest or what remains of Regent Park to the southeast, but still an ethnic box settlement that conjures up images of apartheid more readily than it does ethnocultural pluralism.

It wasn’t supposed to be this way in Toronto the Good, or in Canada as a whole: we were never supposed to be a racial nation. But if Robert Putnam is right about his side of the border, his analysis is no less germane here. I suspect these mislocations have been accelerated by the central event of the new world order, September 11, 2001, and the thoughts that spill from it: how can I embrace or trust the other when he may reject what I care about and affirm — permissive liberal democracy, for instance — and just might be wearing a suicide bomber’s belt?

While long insisting that multiculturalism meant something more than lively festivals and the celebration of exotic food and dress, that it meant cultural retention, it appears that Canada has received what it demanded and proclaimed. And now we have blowback and the various challenges being waged over what constitutes reasonable accommodation for minority groups. These groups saw it coming, long ago, and began sequestering themselves in tribal communities of their own. Agincourt makes more sense now; so does Rosedale. 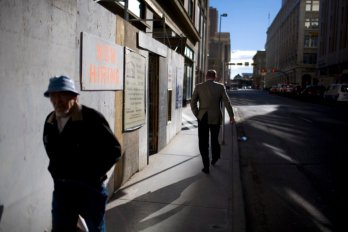