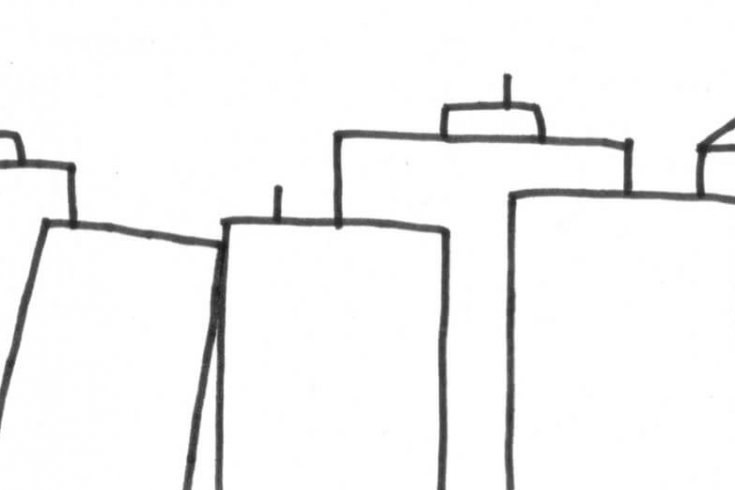 chicago—Graceland Cemetery is one and a half blocks from the Sheridan station on the cta’s red line. No Elvis mourners lurk here. Instead, an eloquent sermon in stones takes you from one of the city’s founders to a recent public hero who perished trying to save the old Chicago Stock Exchange.

Unlike Paris’s Père Lachaise (packed like rush hour in the hearse trade), Graceland is uncluttered. Its Midwestern generosity of space lets visitors take their time and gain a bit of perspective on great cities past and present.

Graceland, established in 1860, functions as a series of energy nodes, a current humming along a grid of associations connecting us with the forces that thrust Chicago to the forefront of post–Civil War America. That spectacle of power and progress, the energy and savagery caught in Theodore Dreiser’s 1900 novel, Sister Carrie, and the poetry of Vachel Lindsay and Carl Sandburg yield to something calmer at Graceland. Here, a culture based on drive, demolition, and devil-take-the-hindmost presented itself to the future through wildly eclectic images of serenity and permanence—even in death, they wanted it all. That’s why brewer Peter Schoenhofen’s Egyptian pyramid of a tomb has a sphinx perched on one side of its entrance and a Christian angel on the other. Any Reasonable Offers of Immortality Welcome!

All the movers and shakers of Chicago are here, staking their claim to eternity with classical columns and pediments. Cyrus McCormick, whose famous mechanical reaper helped expand the American empire west, is here. His invention turned the Midwest into the world’s breadbasket and made Chicago, where the idea of a grain futures market was invented, its centre. Philip Armour is here, the man who took meat-packing as far as he could by extracting everything from the pig but its squeal. So is George Pullman, whose sleeping car was so essential to the owners wanting to survey their new kingdom in comfort. Then more rows: such merchant princes as Marshall Field and Potter Palmer, not to mention Allan Pinkerton, who invented rent-a-cops, a force that would defend these men and their interests against anybody wanting to upset them. Food, transportation, consumer goods, surveillance: America was being reinvented by the men behind the monuments here.

But all that activity needed someplace to happen. That’s why the skyscraper was born here. Its founder-decorator, Louis Sullivan (who once employed Frank Lloyd Wright), rests here in a tomb featuring his own gorgeous designs. Not far from it stands the Henry Harrison Getty tomb, designed for the lumber baron by Sullivan. Cubical but not blocky, decorated but not busy, pharaonic but not over-imposing, it’s as cool an answer to death as you’ll find anywhere.

And when confronted by the striking low pyramid monument to Richard Nickel, a Chicago photographer and architecture buff who died while trying to salvage some details out of the rubble left by the demolitionists of the old stock exchange, a visitor gets just how serious death can be. Mies van der Rohe’s starkly elegant horizontal marker lies nearby, well suited to a spot like Graceland. Death has a way of demonstrating that the modernist credo of Less Is More may be all you’ll ever get.