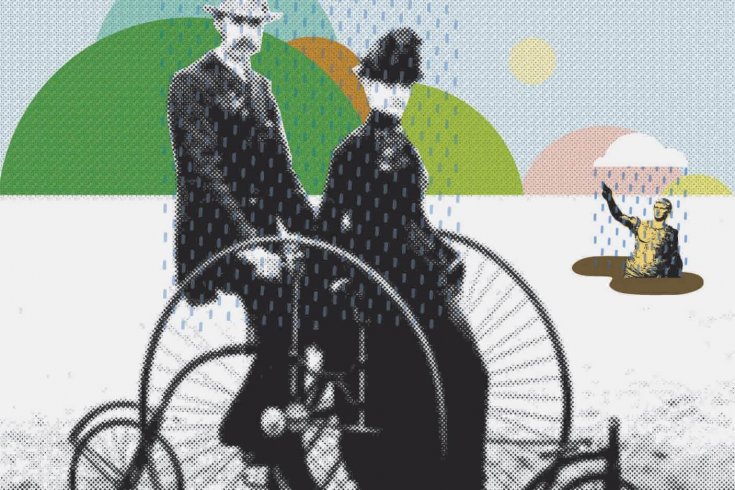 Chemist Andrew Clark, forty, stands before the Axxochem board, wearing a wrinkled, blue pinstriped suit. He taps nervously on his laptop keyboard. A plate of stale donuts sits in the centre of the table. Axxochem ceo, Alan Rutledge, stands.

rutledge: And now Andrew Clark from R & D will tell us about what we can expect.
clark: Thank you, Mr. Rutledge.

Clark stares blankly at the people assembled. A slide comes up showing a happy family on a picnic.

clark: Since the early 1990s, we have seen a steady rise in the antidepressant market. Drugs such as Prozac and Wellbutrin are now among the most prescribed pharmaceuticals on offer.

clark (in a confessional tone): Funny, I was at the doctor’s the other day. You know, I’d been feeling down, trouble sleeping, anxiety, panic attacks, and she said she could put me on Effexor and that most of the people who went on it said it made them “feel like their old selves.”

Clark chuckles, takes a seat and puts a foot up on the table. Rutledge is alarmed.

clark: And I thought, really? Does Effexor make you want to roundhouse kick the heads of people in line in front of you? Does it make you want to drive your car off the road every time you hear a “classic hit from the eighties? ” Does it do that? ‘Cause that’s my old self.

A few board members shift uncomfortably in their chairs.

clark: What I’m trying to say is that there’s more to life than happiness, and, let’s admit it, the market is saturated.

A slide rolls up. It is of the Philadelphia Flyers’ Bobby Clarke pummelling an opponent.

clark: Anyway, what’s so great about being happy? What has being happy ever done for society? If everyone was happy we’d all be sitting around in pools of our own excrement listening to EZ-Rock. Every great achievement in history came about because someone was pissed off. Do you think the Wright brothers invented human flight because they were so fucking thrilled about walking?
rutledge: Language!
clark: Sorry.

clark: Was the printing press invented because folks were so attached to dabbing bird quills into gold leaf? Did Banting discover insulin because he just loved diabetes-related gangrene? No, they were all invented because somebody, somewhere, got really, really mad.

Rutledge rises from his seat.

Startled, Rutledge sinks back down. A slide of victorious World War II Allied troops rolls up.

clark: Two words: the Greatest Generation.
amy kesselring, axxochem vp (under her breath): That’s three words.
clark: Did the Greatest Generation win World War II because they were blissed out? No. We won because folks were totally, 100-percent ticked off. (Clark’s voice goes shrill.) You ever hear those old guys recall the war? Best days of their buzz-cut-wearing, Tommy-Dorsey-loving, no-condom-wearing lives! The Blitz? Forty thousand people killed and bombs falling every night? But those crazy Limeys were shagging and drinking and getting ready to shit-kick Hitler and they were so pissed off they could have bled vinegar. They were angry, my friends, and the only people more angry were the crazy, vodka-swilling, capitalism-hating, cabbage-roll-eating Russians, and that’s how we kept democracy alive. So next time you vote, take a moment and be grateful that back in the day Pops wasn’t on happy pills, he was pissed and he wanted a pair of Nazi ears as a souvenir.
kesselring (aside to Rutledge): All my father talked about was how much fun he had bombing Dresden.

A slide labelled “The Anger Cycle” rolls up. It is a light-blue circular flow chart that reads anger > venting > release > productivity > anger.

clark: “But hey, Andrew,” you’re thinking, “it’s not good if people get angry.” To which I reply, “Oh really, for who?” It’s pretty good for the person getting angry. Let me tell you, it feels pretty fucking good.

clark: Apologies for the language. (Pause) Take Rutledge here. Right now I could probably punch my fist through his chest, rip out his heart, and swallow it whole, and I wouldn’t even need to chew. (To Rutledge) Hypothetically speaking.

Clark runs a hand through his hair, composing himself.

clark (trying to sound calm): All I’m saying is . . . times change. It’s like when you were a teenager and you thought Gauguin was an asshole because he took off on his family and went to Tahiti to paint and bed beautiful native women. Am I right?

clark: And then, you grow up, and when you’ve got two or three kids and a mortgage and credit card debt, well, you look at things a little differently. Am I right? He’s not such a deadbeat after all. Nope, you’re downloading Gauguin screen savers, wearing Gauguin T-shirts, and, if they made the stuff, you’d be brushing your teeth with mother-loving Gauguin-brand toothpaste.

Rutledge writes “Gauguin Toothpaste” on his pad of paper.

clark: That’s because life didn’t turn out the way you hoped. That’s because life never turns out the way we hope. You think I dreamed of being a chemist? I wanted to be a best-selling poet. Look at us: war on terror. Country falling apart. The Arctic melting. The happy crowd will tell you to pop a pill and chill out. I don’t agree. The folks at Axxochem don’t agree. We say, “All aboard the pain train!”

clark: Allow me to introduce Swiftox, a slow-release noradrenalin detonator that keys into the nervous system and unleashes the “monkey anger” dna in all of us.
rutledge (eyes alight): Monkey anger!
clark: With Swiftox, chemically infuriated people will be more productive, their depression will lift, and society will thrive on a mass outrage not seen since the Age of Enlightenment. And wait till you hear the slogan.
rutledge: I think Clark’s onto something.
kesselring (trying to get fired up): What do you know, Rutledge, you stupid prick!

He gives her a high-five. The boardroom erupts in a cacophony of profanity. Donuts are thrown. Chairs are smashed.

clark (grinning): “Swiftox — because you should be angry.” 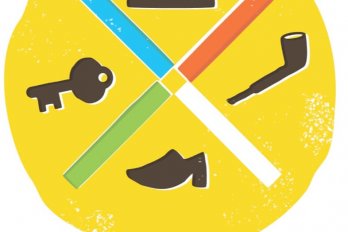