Lords of the Lobby | The Walrus
Skip to content 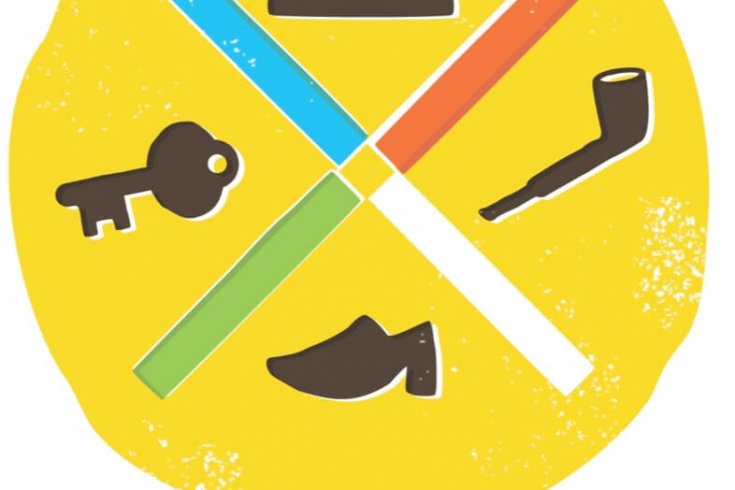 montreal — “I was in a bar with ostrich heads on the wall the last time I was in town,” a gentleman says, approaching the desk. “Would you know where that was? ” Without hesitation, Julien Tanguy whips out a city map and marks an X on Avenue Mont-Royal near Rue Saint-Denis: Bílý Kun. The phone rings. A panicky guest is rushing to an important luncheon meeting, and his pants won’t stay up without the belt he left at home. “I’ll have one sent to your room immediately,” Tanguy assures him. It’s a typical Sunday afternoon at the Saint-Sulpice boutique hotel in Old Montreal.

The patient, poker-faced Tanguy is a concierge, one of those multi-tasking walking encyclopedias who reign, groomed and coolly confident, over the lobbies of top-drawer hotels. They carry on a tradition dating back to the castle officers in charge of visiting nobility during the Middle Ages. Today, the best among them can join an elite fraternity known as Les Clefs d’Or, a Paris-based network of about 3,500 super-concierges in thirty-nine chapters around the world. A pair of crossed golden keys pinned on either lapel, each earned during six to twelve months of arduous testing, are the order’s badges of membership and pride.

So when Patrick Huynh, Tanguy’s two-pin superior at Saint-Sulpice, said to him at the end of a particularly demanding weekend last July, “I think you’re ready,” it was the ultimate compliment. The twenty-nine-year-old’s mentor felt he was key material.

Raised in Strasbourg, France, Tanguy had completed a master’s degree in psychology but was uninspired by the jobs that path offered. He dabbled in the service industry and soon felt a calling to enter the ranks of Europe’s revered lords of the lobby. Concierges often begin their careers as bellboys or doormen but can shave years off the journey by enrolling in one of only two specialized concierge programs worldwide, in Paris and Quebec City. Tanguy opted for the Quebec college, partly to improve his fledgling English, and went on to intern at the Montreal Sofitel and then the Saint-Sulpice. A hard-working, earnest young man who takes pleasure in perfection, Tanguy took a second job juggling phone lines and lineups at the high-pressure, 1,039-room Queen Elizabeth. By July, Tanguy had served for two years as a full-time concierge and become fluent in English, requirements for Clefs d’Or membership, and now Huynh was sponsoring him to join.

The heart of the testing process took place during the remaining summer months. Tanguy was the target of clandestine challenges, including “mystery shopping missions” orchestrated by Clefs d’Or members. “We pushed him several times a day when he was already at his busiest,” says Sofitel’s Virginia Casale, the International Clefs d’Or Association’s second-in-command and one of a growing number of women in the traditionally male-dominated profession. The veteran concierge would call pretending to be a fickle customer with finicky requests. Another associate had him arrange a three-day, activity-filled itinerary for a couple with young children and then cancelled at the last minute. Meanwhile, other off-duty concierges spied, watching their subject for frowned-upon frowns and other signs of stress.

To keep afloat amid the daily storm of requests, the best concierges keep secret stashes of paraphernalia any traveller might forget to pack. Along with a one-size-fits-all belt, Tanguy’s includes ties, dental floss, and a bag of fake rose petals in case of a romantic emergency. But sometimes, only the real thing will do. One evening, he decorated a room with twenty-four dozen roses to set the scene for a wedding proposal. He shutled flowers up by the trolley-load, adorning the bed, the lampshades, and even the shower until the suite looked like a botanical garden. (She said yes.) “If you want real roses, they have to be white,” Tanguy informs guests — red rose petals stain linen when crushed.

Such practicalities rarely rule out fulfilling more arcane entreaties. Need a tub full of unpasteurized milk for a special bath or, if you’re Tom Hanks, a vintage typewriter because you don’t like computers? With pleasure, sir. And for Clefs d’Or members, who have access to an international network of wizards whom they can trust to execute even the most complex commissions, geography is little obstacle. Casale received an urgent request one afternoon from a colleague in Beverly Hills concerning two husky puppies in northern Vermont (she was the closest member of the order); by midnight, a limousine had delivered them, bows around their necks, to a client’s girlfriend in a New York City hotel.

But bizarre shopping missions are infrequent, and most of Tanguy’s shifts are a steady flow of mundane requests like brunch recommendations and Metro-riding instructions. When queuing clients, ringing phones, and questions streaming in by email cause a momentary memory lapse, Tanguy calmly buys time. “Can I call you back as soon as I confirm that the restaurant I would like to recommend is open and available tonight? ” he asks. He jots room numbers and notes in a black logbook that lies alongside a personal bible of contacts for everything from puppeteers and pet spas to the calèche service and the folks who can deliver a white Excalibur roadster or ready a private jet at a couple of hours’ notice.

In a secretive organization whose members pride themselves on being a guest’s confidant, specifics about Clefs d’Or testing techniques are hard to come by. Was that late-night scramble to a sex shop to buy a forgetful bride-to-be a garter for real? Were those frantic after-hours dashes across Old Montreal for cufflinks simply tests? Tanguy will never know, though he now keeps cufflinks in his drawer of essentials. But after scoring 100 per cent on the written exam and presenting a speech to his peers, in December his first pair of keys was pinned on his right lapel. For the second set, he’ll have to undergo the entire ordeal again. “Except next time,” Huynh grins wickedly, “it will be harder.”