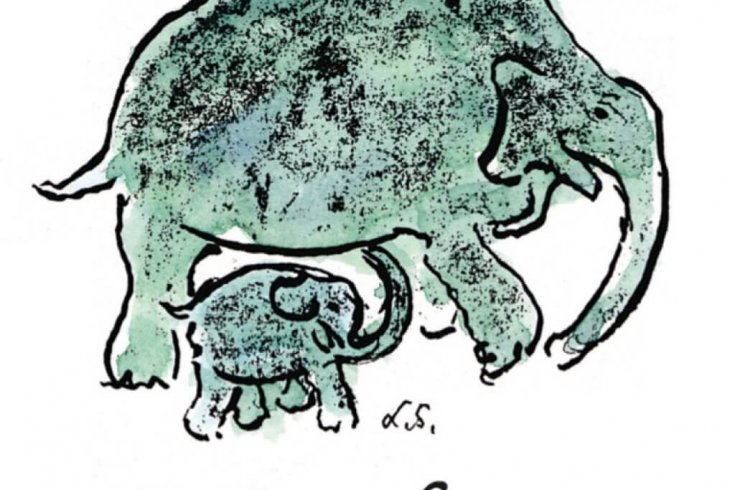 —Somewhere in the Middle East, sparkling in the desert sun, is a piece of Canada no one can really explain. It is a single plastic tiara, encrusted with fake plastic gems, sitting in the gift shop of Camp Mirage, a Canadian Forces base that sits, officially, in an undisclosed location somewhere in the Persian Gulf.

“That was just kind of here,” said a female worker when asked about the crown.

Camp Mirage has just kind of existed since 2001, serving as the Canadian military’s “don’t ask, don’t tell” stopover in the region, a place to refuel planes and refresh personnel on the way to and from Afghanistan and other foreign locales.

But the base, like the tiara, is neither subtle nor easy to ignore. Camp Mirage has appeared in the front section of the Globe and Mail under the headline “The worst-kept secret in the Persian Gulf.” It also has its own entry in the well-travelled online encyclopedia Wikipedia. (The page had several key passages removed in December, but earlier versions are easy to access.) The name of Camp Mirage’s host also features in the loving emails and letters sent home by soldiers. But other than those few leaks—did I mention that the location appears on postcards and sweatshirts for sale at the camp?—details remain under wraps, purportedly at the request of the host government, which fears that accommodating western militaries will play badly with the neighbours.

I arrived at Camp Mirage for a one-day stopover last fall, as part of a group of journalists en route to the Kashmir region of Pakistan, where the military’s Disaster Assistance Response Team would be tending to victims of the October 8 earthquake. The camp’s ultra-secret location was immediately outed by a land mass off the plane’s starboard wing. As the male soldiers stole one last peek at their men’s magazines (considered smut in the region and therefore not allowed off the plane), the seductive outline of a palm tree rose up from the ocean?—?a surreal subdivision that only one Middle Eastern emirate would have the panache and bankroll to produce.

Like its host nation, Camp Mirage is an oasis of the unexpected. A cluster of white portable dwellings sprout up from the desert sand, housing soldiers and a mishmash of services ranging from a flak-jacket depot to a beach-volleyball court.

The quarters for women were all occupied, so I was instructed to bunk instead with the “squirrels.” After close to twenty-four hours on an airplane listening to military jargon, I immediately assumed that this was an acronym. Perhaps squirrels were prisoners awaiting transfer to US forces. Suspicious al Qaeda Uprisers In Really Really Elite Lethal Squad?

The squirrels were, in fact, members of jtf 2, Canada’s elite, genuinely top-secret unit, who were on their way to Afghanistan. Months later, I heard that three of them had been injured and wondered if they’d been in the room next to me as I’d lain reading a copy of Us Weekly, trying not to envision being tortured at the hands of an escaped detainee.

For soldiers and scribes passing through Camp Mirage, the only conflict is between boredom and anticipation, while the sole threats are the heat, jumping spiders, and snakes, which I was told were everywhere. “We take snakes very seriously around here,” the base commander told me, politely avoiding mention of my green Havaianas flip-flops.

The blazing sun beat down on the empty concrete court where the military had recently taken on Olympic speed skater Catriona LeMay Doan and cbc personality Rick Mercer in a game of ball hockey. That night, a cluster of soldiers gathered beside the court, lounging in plastic deck chairs in front of an outdoor movie screen. Jennifer Lopez appeared against a backdrop of palm trees and night sky. Behind a row of bunkhouses, a soldier was sneaking a smoke. He pointed toward the fence: “Back there’s the beach,” he said.

“Really?” I asked, picturing an afternoon of tanning before I jetted off to a country where my shoulder blades would have to be covered.

“Back there is whatever you want it to be, honey—you’re never gonna see it,” he replied.

Going awol at Camp Mirage, I soon learned, was only possible online. In one portable, a computer’s web-browser history revealed a soldier’s loneliness (Casual Kiss: “dating shouldn’t suck”) and unrequited passion (McBride Cycle, a Toronto motorcycle dealership). In the air-conditioned mess hall nearby, an embarrassment of richness was on offer: every dessert you could imagine, as well as fresh fruit, salad, and a daily assortment of North American and Middle Eastern hot dishes. These had inspired one soldier to brag (in a letter quoted in the Globe article) that the mess was “among the top two dining facilities in terms of customer satisfaction in the Canadian Forces.”

Outside, picnic tables were inscribed with the names of men and women who had visited Camp Mirage. On one table, a penknife had scratched out the words, “We don’t care about you or your sacrifices.” But the gift shop told a different story, with its tributes to relationships sacrificed in the line of duty: stuffed camels to bring home to the kids, rows of engagement rings to win forgiveness and lifelong commitment from a long-suffering girlfriend. And a tiara for, well, no one seemed to know. Perhaps it was brought in for a bridal shower or worn on a dare after several dozen “near beers” (on sale for fifty cents each).

After twenty-four hours, I’d spent $2 on beer and 120 soldiers were ready to set off for Kashmir. The rest of Camp Mirage’s visitors were destined for Afghanistan, vacation cruises in the Mediterranean, or a much-needed sojourn home. As we took off from the tarmac, soaring above a miniature model of the world built from carefully constructed islands, the crown jewel of Canadian army bases glimmered below. A mysterious oasis in the desert. Something you had to see to believe.

Siri Agrell is the managing director of OneEleven Toronto, which helps local tech companies scale. Prior to joining OneEleven in September 2018, Siri was director of strategic initiatives in the Office of the Mayor, where she was responsible for files including government modernization, the technology ecosystem, federal intergovernmental affairs, and the King Street Pilot Project. Previously, Siri was deputy director of communications to premier Kathleen Wynne and also worked as a journalist for over ten years, most recently as the urban affairs reporter for the Globe and Mail.