The New Word Order | The Walrus
Skip to content 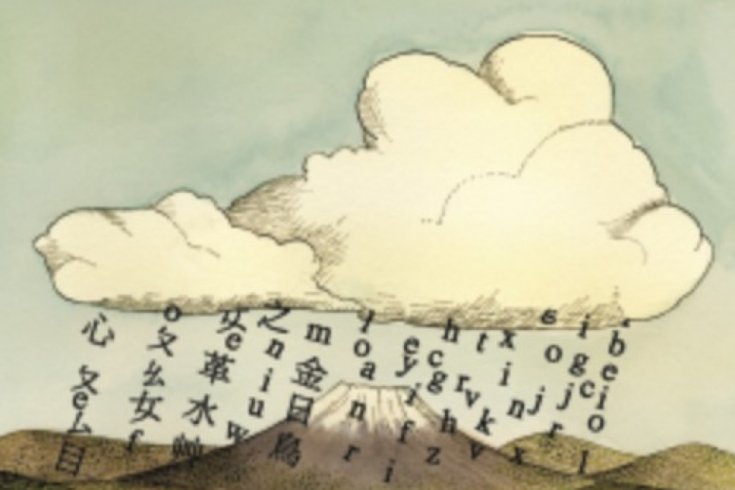 hong kong—Imagine this seating chart for a dinner at a literary festival in Hong Kong. A Chinese-American novelist sits next to an English author of Indian extraction. To his right, a writer of thrillers from mainland China has a spot beside a critic based in Mumbai. Additional name tags identify a poet out of Singapore and a publisher based in Kuala Lumpur.

Conversation at the table occurs comfortably in the lingua franca of global chit-chat. Though the American and British authors have the native advantage, the Indian and Singaporean speak English with plumy accents acquired at private schools. The Malay is likewise multilingual, while the mainland novelist manages well in a tongue he picked up only in adulthood.

Imagine, too, that a guest speaker is doing his best to unsettle this cosmopolitan scene. “The language gap is so enormous,” he tells the audience, “it’s perfectly impossible to put Asia in the English language.” The speaker singles out Arundhati Roy, the Indian author of the Booker Prize-winning The God of Small Things. Roy’s “lyrical, playful, Disney style” signals a disconnect between “manner and matter” found in more and more novels written in English by Asians, he says. His comments cause a stir.

As well they should. Young and foreign educated, many of the writers in attendance are conversant about BlackBerries and air-mile programs, which they use to touch base with editors in London and New York. They may set their books in Delhi or Beijing, but often write them from England or the United States, for audiences there. They certainly think it possible to put their Asia into English, and are making careers of it, thank you very much.

One language, one world, one book? The worry that the English language is colonizing global literature was, in fact, suggested by John Carey, a retired Oxford professor and regular Booker Prize juror, in a speech (quoted above) that riled a gala audience at the Mandarin Oriental hotel in 2004. But then, the Man Hong Kong International Literary Festival was designed for such controversies. The week of readings, panels, and dialogues is part of the visualization process occurring around Asia as its nations come to conceive of themselves as modern and globally integrated. Hybrid, on-edge Hong Kong is just the setting for debate.

Chinese writers are the natural focus. This past March, author Yu Hua flew from Beijing to read from his novels To Live and The Chronicle of a Blood Merchant. Translations of Yu’s tales about small-town China retain the distinctive rhythms of Mandarin, especially the dialogue. Even the author’s struggles with government censorship can be read between the lines. This is direct news of Chinese society, told from within.

Other mainland writers, though, are opting out of Mandarin and into a language still largely unspoken in their country. Qiu Xiaolong, for instance, left China during the late 1980s and five years ago began publishing police thrillers set in Shanghai from his new home of St. Louis, using his second language to barely functional effect. “Apparently not a peddler,” reads Qiu’s description of a girl selling tea in Death of a Red Heroine, “not one out there for profit, just a kid from the village, still small and innocent, reading against the idyllic background—perhaps a poetry collection in her hand, providing a convenience for thirsty travellers who might pass by.” Ironically, this prose has now been translated into Mandarin, a tongue it should probably never have abandoned.

Then there is Annie Wang. A teenage prodigy in her native Beijing, Wang settled in Hong Kong after attending university in California. There, she published Lili: A Novel of Tiananmen, about disaffected youth after the June 4, 1989, massacre. The novel’s opening section sounds like a cross between Camus and Tarantino. “Before my buddies and I can get wind of it, we are busted at Chou-Chou’s. Chou-Chou is the son of two diplomats who work in Sydney; their house has become our hangout. We are thrown in jail. Eight of us.”

Wang, now in her early thirties, speaks freely of the pressure she faced from her American agent to write in English, and the gruelling ten-year process she undertook to achieve that end. But she offers an eloquent defence of her choice. “The twenty-six English letters make me a child again,” she says. “Naive, bold, fearless, primal. I could profane, question, and break the stranglehold of traditional Chinese culture.”

So are Chinese writers hoping to join the vanguard of an English-language literary mainstream? I can’t think why else another gifted young novelist, a woman who has written in both Mandarin and French, would confess to me: “One day maybe I will write in English. That is my ambition.”

It may not be long before other Asian writers follow suit. One prospective invitee to next year’s festival is twenty-six-year-old Rattawut Lapcharoensap. Rattawut was born in Chicago but raised in Bangkok. Sightseeing, his first book of stories, detailing Thailand’s struggles with globalization, was widely acclaimed in the United States this past winter. The first story sets the tone: “We’re having a late lunch, watching television in the motel office. The Island Network is showing Rambo: First Blood Part II again. Sylvester Stallone, dubbed in Thai, mows down an entire regiment of [Viet Cong] with a bow and arrow.”