Our Home and Wired Land | The Walrus
Skip to content 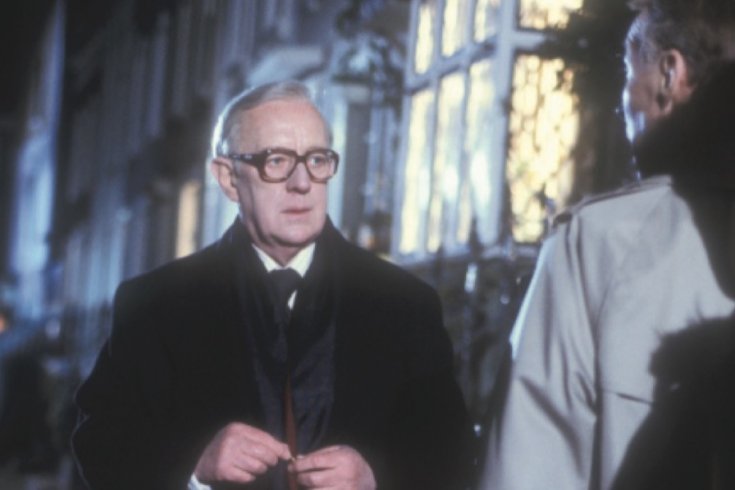 Sir Alec Guinness as George Smiley in the BBC’s 1979 production of Tinker, Tailor, Soldier, Spy. /Photo courtesy of the BBC

It’s 1:45 in the afternoon and there are about 375 assorted spies, experts on spies, bosses of spies, and would-be spies from around the world sitting in a ballroom in an Ottawa hotel. They are here to talk about the post-9/11 world and how things are going, spy-wise. The country’s most secretive intelligence agency, the Communications Security Establishment (cse), our electronic eavesdropper, has a big table just inside the door where friendly people are handing out brochures. One of them used to be a Russian linguist until there wasn’t much demand for his skills and he was shuffled into public relations; now, it seems, he’s about to go back to his old job. Russia is getting interesting again.

The best thing at the cse table is a Second World War Enigma machine used by the Germans to encrypt messages. Although it looks like a battered old Underwood, it draws a crowd because of its pivotal role in winning the war for the Allies, who were able to use it to decode messages from the German high command to its naval fleet after a team of scientists cracked the cipher code.

It’s the start of the annual three-day Canadian Association for Security and Intelligence Studies conference and the subject on everyone’s mind is failure—in particular, the tragic failure of political leaders to pay attention to intelligence briefings before the attack on the World Trade Center, and before the US used faulty intelligence about the presence of weapons of mass destruction to justify their invasion of Iraq.

Robert Wright, Prime Minister Paul Martin’s National Security adviser, is here to discuss the new security environment. “Osama bin Laden has publicly identified Canada as a country that he believes his followers should attack,” Wright tells the crowd. “He ranked Canada as fifth out of seven countries and every other country on that list has already been attacked.” In light of these warnings, Wright assures the audience that Canada has developed a new national security policy that is, he says, “Getting It Right”—a phrase that also just happens to be the theme of the conference.

Well, not everyone agrees with Wright. Despite the $8.3 billion Canada has allotted to shoring up its security since 9/11, Martin Rudner, a security specialist from Carleton University, counters that Canada isn’t doing enough to protect the energy sector; Rudner also points out that several terrorist groups raising money in Canada, including the Tamil Tigers, have not been banned.

His counterpart from the University of Toronto, Wesley Wark, then berates officials for the long delay in overhauling the national security agenda after 9/11. “We are scarcely beginning to try and learn lessons on how to fight a war on terror at home and abroad,” he says. “We have objectives, but there is no sign of real progress.”

During a discussion on cross-border security, Joel Sokolsky, a professor at the Royal Military College in Kingston, Ontario, points out that the US Coast Guard is an armed force, ours is not, and adds that the Defence Department “doesn’t want to be saddled with homeland security because they don’t have the dollars.”

Some of the foreigners here are interesting. There is Pulitzer Prize-winning journalist Thomas Powers, author of Intelligence Wars: American Secret History from Hitler to Al-Qaeda. Another is Markus Ederer, a real star as the deputy director of analysis at the Bundesnachrichtendienst, the German secret service. Ederer lists the five biggest threats to western Europe as international terrorism, weapons of mass destruction, regional conflicts, organized crime, and failed states, which are states that lack an organized government and have become hubs for organized crime. Afghanistan is a good example.

Canadian Major-General Andrew Leslie, former deputy commander of the nato International Security Assistance Force in Kabul, then tries to explain why “Getting It Right” is tricky. He talks about Kabul, a city of 3.5 million people in a space the size of Ottawa, with ten to twenty thousand refugees arriving every month, his meeting with President Hamid Karzai “for a chinwag” to talk about warlords, narcoteers, and terrorists.

“It’s a battle of ghosts and shadows,” Leslie says. “Every international spy agency is there and all the terrorist organizations are there too. Their goal is to get us to leave. We’re there to help Karzai establish the rule of law. Hunting and killing is not the endgame—most people there want justice. But for every Afghan warrior killed, they create ten warriors looking for revenge.”

We haven’t heard much that’s new, but then again this is a gathering of spies who are not likely to reveal their secrets. But when one of the country’s top spooks, cse chief Keith Coulter, finally talks, the crowd hopes he will have something profound to say about Getting It Right. Coulter, head of the agency since 2001, has a doctorate in political science from Carleton University and is a fighter pilot who once commanded an American CF-18 squadron. He begins by saying, “It’s time to share more information than we have in the past to meet the realities of the post-9/11 world.” To do this, his outfit has “two business lines.” One is called sigint, lingo for foreign signals intelligence, meaning the collection and analysis of foreign e-mails, phone calls, radio transmissions, and other communications. Coulter says there has been more pressure to deliver sigint information than ever before, and it began five weeks before 9/11.

The second business line is IT security. “We have leading-edge technical expertise to defend government communications,” he explains. This line is in “a growth phase,” and he will soon be working with a task force dedicated to reducing cyber attacks. And he is being pushed to do more faster.

So, in the interest of getting it right, is his outfit intercepting our e-mails? Our phone calls? No, he reassures us. The Criminal Code prohibits it unless it can be proven that both users are foreigners. But somehow that doesn’t make me feel any more secure about my own rights to privacy. “People use a vacuum cleaner analogy,” he says, “but that’s not how it works; we selectively hunt for what we’re looking for within huge banks of data.” And yes, they are sharing their data with the US National Security Agency.

There is also much discussion on the failure of sigint and the importance, says Coulter, of bringing back humint, or human intelligence, i.e., the quaint notion of using people, not machines, to hunt and gather facts. Gradually, the failure of sigint to make a difference in preventing 9/11 and the finding of wmd (as they call the whole weapons-of-mass-destruction fiasco) becomes the underlying theme of the conference.

So, what are we left to conclude—that spies on the ground in Iraq would have revealed a lack of wmd and prevented the ensuing debacle?

The most pleasant diversion is from David Ignatius, a Washington Post foreign-affairs columnist and the author of five spy fiction novels, and guess what? The spying in his books involves more humints than sigints. Journalists are also humints, it seems, and Ignatius acknowledged that the American media have failed the public over the past three years. “We did not get it right,” he stated, “either in covering 9/11 or Iraq. With Iraq we were insufficiently skeptical. We reported what people said, but not whether what they said was true.”

So how do we get it right then? If there is one person at this spy-fest who might have an answer, it is Margaret Purdy, former deputy secretary on security and intelligence for the Canadian Cabinet. After studying the root causes of terrorism, she believes there are several key ones: poverty, a youth population bulge in the Arab world, globalization, extreme religious views, and failed states with repressive regimes. And she thinks she knows why we have been getting it wrong all this time. “The obstacles to developing long-term prevention strategies to terrorism,” she says, include “governments’ refusals to acknowledge the legitimate root causes of terrorism, the unwillingness of governments to admit that their actions might be creating terrorism, a reticence to cite religion as a factor, and, most important, the irreversible nature of some causes, such as globalization.”

And none of the spies at the conference had a solution to any of these problems. Which, as the spy-fest concluded, left us all with a troubling question: which is really more effective—humint or sigint? 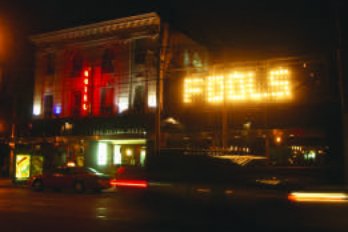