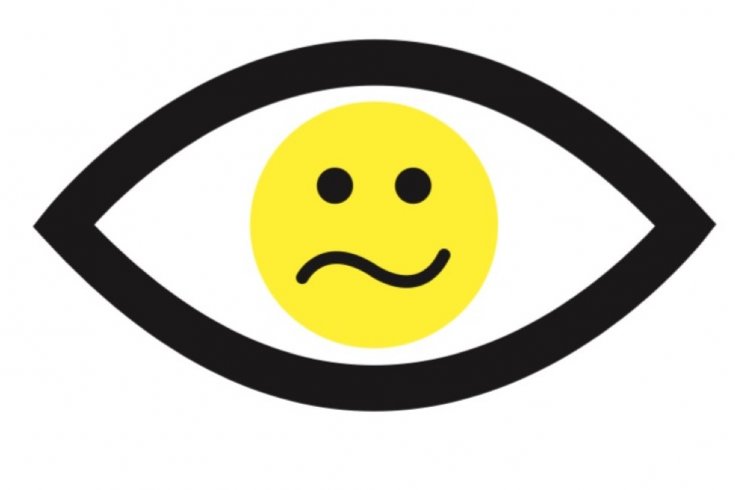 While hardly a codependency, the relationship between Prime Minister Martin and President Bush does have a friends in need aura to it. Friends, of course, are expected to lend support, keep embarrassing issues in the closet, and provide gentle reminders.

To that end, while in Washington this April, Sheila Martin gave Laura Bush a copy of Margaret MacMillan’s Paris 1919: Six Months That Changed The World, a much admired tome partly about the formation of Iraq, and implicitly delivering the lesson of imperialism: if you break it, you will own it. Germane enough, but in case Mr. Bush, being an of-the-moment and outdoors type of guy, was disinclined to also read the book, Mr. Martin gave him a leather riding vest, ideally suited for his Texas ranch.

Nuance not being his strong point, Bush’s gift to Martin was a signed glass-and-metal box representing the White House: a reminder, perchance, of where real decisions are made.

Meeting Bush was a risk but, desperate for his own mandate, Martin was in a gambling mood. Prior to the visit, an early election call looked iffy; after, he jetted back to Canada musing about a majority in June. What happened during these two days that changed his mind?

On cattle exports, Bush intoned, “It’s in our nations’ interests that live beef be moving back and forth.” Of course, he also said, “It’s also in our interests to make decisions based on sound science, which [Mr. Martin] fully understands.” Conceivably Martin “fully understood” that he was listening to a born-again Christian who hasn’t demonstrated much respect for “sound science” (space- based laser weapons, yes; stem cell re-search, no). But this is a quibble. The cattle crossings will help clinch Alberta.

Assuming the mantle of magnanimity, the president accepted Canada’s refusal to participate in the U.S.-led invasion of Iraq, saying simply, “I want Canada to do what it feels comfortable doing in Iraq.” Hostility to U.S. unilateralism is especially fierce in Quebec, and this statement, demanding nothing, must have been music to Martin’s ears.

With Ontario anxious about social conservatism and already tilting towards the Liberals, Martin focused on British Columbia. Mention of the second nafta ruling in favour of Canada on softwood lumber enabled him to say that Bush “wants a solution that lasts.” And now Martin could think, “Mission Accomplished.”

That the Canadian cattle industry will have to await rulings from U.S. “sound scientists;” that no straight-thinking person really believes that Canada’s demanding United Nations’ approval before invading Iraq doesn’t still rankle U.S. Republicans; and, that Bush lacks the direct authority to open the border to Canadian softwood lumber, are, again, quibbles. The president and prime minister got along well, and Stephen Harper’s job was suddenly more difficult.

In return for these conciliatory words on the road map to Canadian electoral success, what did Martin offer? First, he gave his respect of a middle power leader at a time when Bush was desperate for international acknowledgement. Second, Martin avoided mentioning truly thorny and embarrassing issues (e.g. the legal quagmire that is Guantanamo Bay, home for two years to Canadian citizen Omar Khadr; or that May 7, 2004 marks the 50th anniversary of national independence in Vietnam). Third, by calling continental defence “indivisible” and promising beefed-up border security and military spending, Martin satisfied both Bush and his former club, the Canadian Council of Chief Executives. (The ccce – a hyper-charged lobby group promoting U.S./Canada integration – had just met in Washington.)

Martin further suggested that the G-20 might be a better forum than the UN to cure what ails the world. It mattered little that in March, as UN Secretary-General Kofi Annan visited Ottawa, Martin assured him that Canadians “were among the first and continue to be among the world’s most steadfast supporters of the United Nations.” In Washington, he was speaking to a different crowd. It might matter even less that, on the second day of their Washington tour, both Martin and Foreign Affairs Minister Bill Graham reaffirmed their support for the UN.

Suffused with his own agenda, Mar-tin failed to mention the most portentous moment of last spring: the events surrounding April 13–14.

In early April George Bush was reeling. Former counter-terrorism advisor Richard Clarke had delivered his shot across the bow. Bob Woodward had talked to everyone of substance, they had talked back, and inside the Beltway the talk was all about the truth behind the Plan of Attack on “the Iraq file.” Beyond particular revelations, clearly the U.S. administration believed, or decided to believe, that 9/11 ushered in an era in which only American might could reshape the world into a benign creature governed by law and enterprise. It was not, and could not be, that this horrendous event linked America to a world increasingly beset by terrorist acts; rather, it was, and must be, that it made America the exception to the growing rule. All evidence and every shred of historical memory had to be recalibrated to suit the new paradigm.

With a rookie president inclined to build only his own nation, what began as a backroom sideshow (since the early 1990s, Dick Cheney and other neo-conservatives had been working the back-rooms arguing for preemptive wars against evil) became a gathering storm. The UN was disparaged as a hopeless talk shop, while CIA findings in Iraq and the hesitations of Colin Powell were summarily dismissed. An unlikely troika (Iran and North Korea were thrown in for political cover, or in case another war was necessary), the “Axis of Evil,” with Osama, somehow, as its guiding force of darkness, had set its sights on benevolent America.

By mid-April, the Bush administration’s ability to shape the truth was coming unstuck. With weapons of mass destruction not yet found, and with Iraqis cheering the dead bodies of American security consultants hanging high above jubilant crowds, the “liberation” was metamorphosing into a hated occupation. Unable to keep images of growing U.S. casualties – in coffins draped by the Stars and Stripes – from television screens, on Tuesday, April 13, Bush addressed the nation.

Beneath the bluster of a Commander-in-Chief with fighting troops on the ground – “stay the course”; “we will prevail” – Bush stepped back from American unilateralism, expressing a need for international involvement. Not until after the November 2 elections, could the President issue a mea culpa; but, under the strident language, there was enough in his speech to suggest to “soft power” advocates that a reversal of fortune was afoot.

And then there was Wednesday, April 14. Remember it.

If on Tuesday Bush was a leader unsure, by Wednesday Karl Rove and company had righted the ship. Knowing (or instructed?) that he needed a foreign policy coup, that the transformation of the Middle East into a peace-able kingdom wasn’t panning out, Bush welcomed Israeli Prime Minister Ariel Sharon to Washington, proclaimed the White House his second home, and endorsed Sharon’s “two-state solution.” Relinquishing the Gaza Strip – a sliver of land overpopulated, impoverished, and with the economic potential of Rikers Island – to the Palestinians was embraced by Bush as a magnanimous concession on the “road map” to peace.

The endorsement – a photo-op handshake without the road map coalition partners (the UN, the European Union, Russia) even as background imagery – has produced the predictable results: more suicide bombings, recriminations from the Arab world, and rejection from hard-line Israeli settlers. Facing a corruption scandal and possible indictment, Sharon needed a helping hand. In the blink of an eye, Bush gave him his full support.

Having recovered from his momentary lapse (April 13), on April 14, the world according to Bush was re-articulated: There are only two hard powers, the U.S. and Al Q’aeda, and as terrorists obey no rules of engagement, no rules of engagement will be imposed upon us. Sharon, ever the masterful politician, appealed to Bush on the two fronts that he cannot resist: unilateralism and fighting terrorism. That the “unilateral disengagement” of Gaza came with strings attached (firming up Israeli West Bank settlements, no Palestinian right of return to homes in Israel, etc.), and that the road map coalition partners had agreed that the Israeli/Palestinian conflict must be resolved by Israelis and Palestinians, mattered little, or not at all.

Regarding the Gaza Strip, Sharon may have no choice but to eventually negotiate directly with Palestinians. This is the micro point. The macro point is that, as April 14 demonstrated, if President Bush so decides, coalitions, diplomacy, etc. can all come to naught. Might is right, and agreements, like constitutions, are just words on paper.

Later that week, with British Prime Minister Tony Blair then at his side, on the Israeli/Palestinian issue, Bush said, “We’re not going to prejudge the final status discussions.” Up is down. War is Peace. Often criticized for his black and white depictions, the world’s most omnipotent man reaffirmed last April that, for him, black is white. Is it any wonder that the generals and the U.S. troops on the ground in Iraq are confused about right and wrong, about rules of engagement?

Where does this leave Canada? Neighbours and friends must make demands, must not bend to the forces of political expediency. Martin returned from Washington with a light satchel, with stuff that can only be spun, and with the immodest sense of leading Canada into its “most important election ever.” He failed to tell President Bush that the absence of a genuine U.S. contract with the world and respect for international laws leaves many of us taking refuge in the world according to Groucho Marx 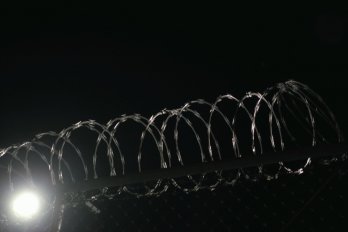 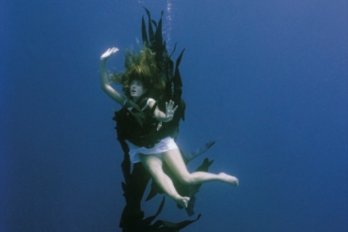 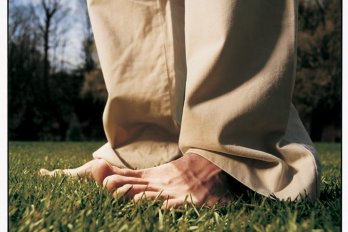