Women on the Verge | The Walrus
Skip to content 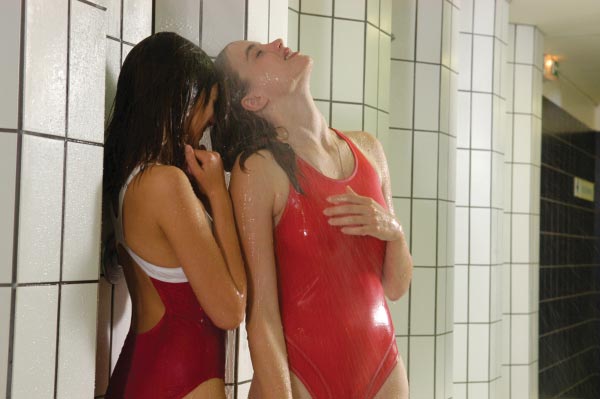 The 2007 Cannes film festival kicked off the year of the actress, from the overly known, excellent Angelina Jolie in A Mighty Heart to the unknown, miraculous Anamaria Marinca in the Romanian film that won the Palme d’Or, 4 Months, 3 Weeks and 2 Days. At the Toronto International Film Festival this month, Cate Blanchett will premiere The Golden Age. These actresses are not only redefining our notion of stardom—Jolie with her humanitarianism, Blanchett with a new career as co-director of an Australian theatre company—they are also giving women a more creative role in front of the camera. Perhaps we are seeing a subtle new shift in cinema—the actress as auteur.

Well, that may be overstating it, but to judge from the thirty films I saw at Cannes, the increased presence of complicated, credible women onscreen is definitely changing the relationship between directors and their actresses. The days of directors who construct their vision alone in the editing room is giving way to filmmakers who prefer to watch whole scenes unfold in front of the camera, to have their casts improvise dialogue, and to engage them as collaborators. This could be the Trojan Horse effect. Even though women directors are still relatively rare (out of twenty-two films in competition at Cannes, three were directed by women), actresses can shape a movie another way—from the inside.

Jolie has already received admiring (if slightly surprised) reviews for her low-key, intense portrayal of Mariane Pearl, widow of the murdered American journalist Daniel Pearl, in Michael Winterbottom’s A Mighty Heart. The irony is that Jolie had to eclipse her own celebrity in order to disappear into her role. One star turn on her part, and we’d all be sitting in the audience thinking, “Brad must be shorter than her.” Jolie is compelling in the movie, and she was adept at deflecting attention during her press conference in Cannes. She kept the focus on Mariane Pearl, who was also present (and whose demeanour and beauty, oddly enough, are a match for Jolie’s). Despite the fact that we know how the story ends, the film is both moving and suspenseful; with her hair in corkscrew curls and a faint Afro-Cuban accent inflecting her voice, Jolie’s performance is completely woven into the narrative. At the same time, she has an authority onscreen that matches the strength of Winterbottom’s direction.

Still, the most memorable performance I saw in Cannes was by Marinca, who played one of two college girls in Cristian Mungiu’s 4 Months, 3 Weeks and 2 Days. She and Laura Vasiliu, who plays her maddeningly passive friend Gabita, act with a naturalness that makes the film feel as if the director had simply eavesdropped on these peoples’ lives. The story rests on the shoulders of Marinca as the beleaguered resourceful Otilia, who is trying to negotiate an illegal abortion for her friend in a small Romanian town during the last years of Communism.

Otilia rents a hotel room where they meet with the abortionist, Mr. Bebe (Vlad Ivanov), a figure of quiet, chilly, despotic power. But despite the subject and the setting (hotel lobbies have never looked less inviting), this is neither a bleak story nor an issue-driven, angsty film about abortion. It could be read equally as pro-choice or anti-abortion. Mungiu directs it as a gripping thriller threaded with mordant wit about choice and consequence. Under Ceausescu’s regime, any exercise of choice has become potentially criminal; Otilia spends almost as much time tracking down Kent cigarettes on the black market as she does trying to find the abortionist. There are scenes of devastating social satire, too. As Gabita lies waiting in a hotel room, perhaps dying, Otilia must leave her and cross town to attend a family birthday party for the mother of her boyfriend. The spectacle of Otilia sitting at the table with a roomful of drunken middle-aged fools who have given up their youthful ideas is agonizing to witness. Even the desk clerks at the hotel are tinpot tyrants, making the most of their shrunken powers over others. The soullessness of the regime is everywhere and yet never made explicit.

Through Marinca’s performance, we watch a young woman who is presented with one hard decision after another and makes the most courageous ones. Gabita is a flawed friend but Otilia remains loyal to her. There are no big histrionic moments, just an accretion of small, convincing ones, and the character is utterly credible. Mungiu’s style of filmmaking supports this almost documentary feel. He works only on location, and he films each scene in one shot, which gives his performers room to breathe. The actors go into and out of the frame, as if on a stage. Sometimes an arm or the back of a head will be visible in the shot and then it will disappear. It is the antithesis of the rapid-fire editing and technological sheen of a Hollywood action film. “The sound people [on set] detest me,” Mungiu has written. “I encourage my actors to whisper if it helps them deliver the lines more naturally.…If I am absolutely pleased about anything in my film, it is the acting.” It’s the convergence of Mungiu’s documentary-like style with such detailed, ordinary female characters that feels new.

The other conspicuous trend in new independent films is the casting of novices and non-professionals in starring roles. Gus Van Sant found Gabe Nevins, the young lead for his skater-boy film Paranoid Park, on MySpace. Céline Sciamma, the French director of Water Lilies, found her lead, Pauline Acquart, strolling through the Jardin du Luxembourg in Paris.

The film emphasizes the physicality of the three girls: Acquart, who looks a bit like a very young, flat-chested Scarlett Johansson (as hard as that is to imagine), plays the role of a girl from the Paris suburbs who hangs around the local pool, infatuated with the blond, curvy star of the synchronized swimming team. This means leaving her slightly chubby best friend, Anne, in the lurch. But Anne has her own mission—trying to “get rid of” her desire. “I’m not ready to have sex yet,” she reports to Marie (Acquart), “but I’m behind in kissing.”

Sciamma does a smart job of tracking what she calls the “moment when inescapable desire is born” in each of these girls, and she accepts the fact that in adolescence, desire can be both all-consuming and ambiguous. It’s a film in which girls pursuing girls is just another inflection of longing, which takes many forms. Like Mungiu’s film, Water Lilies is not driven by any self-conscious issues around sexual choice; Sciamma describes her story as an “X-ray of the birth of femininity.” 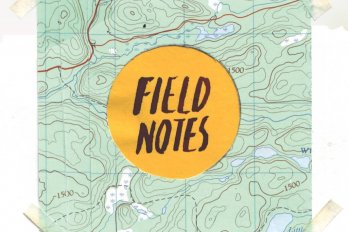 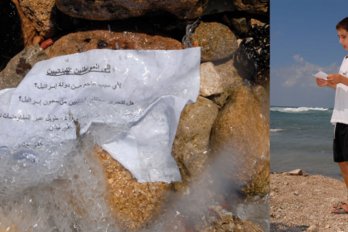 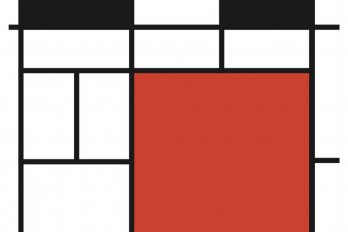