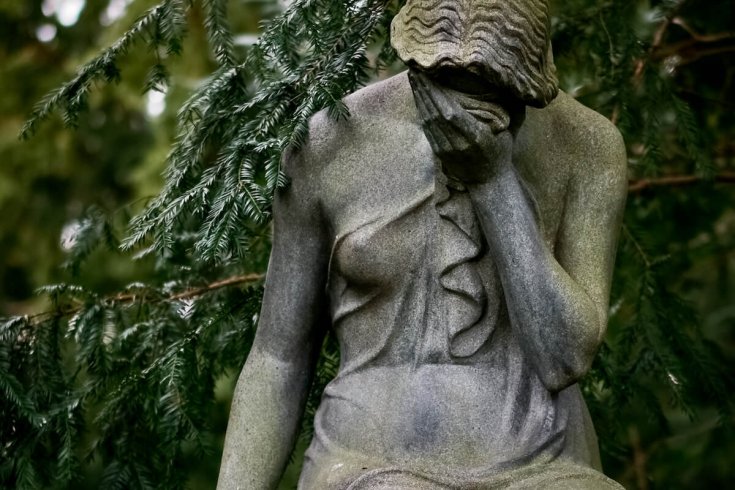 Grief, especially when it’s raw, can feel claustrophobically private. Trying to make others fully understand what it feels like is akin to describing a colour only you can see. It’s no wonder that grieving people so often rely on clichés—“Heaven gained another angel,” or “It was his time.”

It can be challenging for writers to describe grief in a way that feels both real and honest. One solution is to write about the ways in which you evade it. This is what Kyo Maclear’s genre-skirting book, Birds Art Life, demonstrates in its own peculiar way. In the text, which is part memoir, part meditation, and part birding manual, Maclear writes about the “anticipatory grief” she felt for her father while he was dying—not, however, by writing about her father himself. Indeed, he appears quite rarely in her pages, haunting the book with his absence. Rather, Maclear voices her grief by detailing the obsession she developed, concurrent with her father’s passing, with birding.

Maclear’s father was a British “war reporter/professional pessimist” from whom she inherited “a love of language,” which led her eventually to career as a novelist. Yet after her father suffered two successive strokes, and consequently lost his capacity to speak, Maclear lost her will to write. She found herself at a “loss for words.” Her anticipatory grief for her father’s inevitable death, which she describes as a “dampness” that was hanging “in the air like a pallid cloud,” became the defining aspect to her everyday life. Then a friend introduced her to birding, a hobby she’d never given much thought, and she fell obsessively in love.

“A mind narrows when it has too much to bear,” writes Maclear in the opening pages. Her father’s path towards death was too much—or impossible—for Maclear to describe head-on. Instead, she gives readers insight into her mind and relationship with grief by exploring her newfound passion for birding. Elena Ferrante once wrote in a letter to her publisher (quoted in Harper’s) that the “story itself,” its words and its characters, “are only tools with which you circle around the evasive thing, unnamed and shapeless, which belongs only to you, and which is a sort of key to all the doors.” The shapeless thing, in Maclear’s case, is her grief. It belongs only to her, and only she knows how it feels. But by telling the story of her grief through the lens of her birding, Maclear manages to shape what is inherently shapeless, and share something that belongs only to her. Readers can never feel the grief she felt for her father, but we can descry it from afar, like a bird overhead.

It’s in this respect especially that Birds Art Life has a spiritual sister in The Last Word by Julia Cooper, a book that is shaped by Cooper’s long obsession with what she calls the “dying art of eulogy.” Cooper’s slim book is a more straightforward work of theory-steeped criticism; it’s the left-brained twin to the right-brained Birds Art Life. Yet each author tells the story of an obsession that is, on another level, a story of their own experiences of grief.

In The Last Word, Cooper writes about how she became focused on eulogies while grieving her mother, who passed away from cancer in 2004. In a section on the eulogy’s historical ties to power, for example, Cooper tracks the term eulogy to its Greek seed, “eulogia,” meaning “to praise”; elsewhere she contextualizes the “grief-stricken-one-upmanship” endemic to social media eulogies for celebrities (just think of what happened when David Bowie and Prince died). What interests Cooper most is the inherent flaw in the contemporary funeral eulogy: it is the only form where we are permitted to articulate our grief in public, yet it is only expected and welcome in its immediacy following a death—precisely when we are most incapable of articulating our grief. So the eulogy, argues Cooper, is inherently doomed to fail and therefore in dire need of revision.

Cooper’s mother, Pat, died when Cooper was an undergraduate student. In the weeks following the funeral, friends and family repeated the same question: “What will you do next?” Cooper, at the time, was either unable, or unwilling, to voice her grief aloud, so she settled instead for responding with an emollient “blank stare.” Cooper then went on to study grief for her Master’s degree, and then again for her PhD dissertation. But it was only later, when writing her book and looking back at those first few weeks following her mother’s death, that she came to understand what an honest response to that insensitive question, “What will you do next?” would have been: “Miss her every day and learn to live with a gaping lack at the centre of my self and search for home in each new person I meet.”

That answer feels like a genuine articulation of grief, one clean of cliché and peculiarly singular. It’s dramatically unlike many of the eulogies, both fictional and not, which Cooper looks at in her book, where the eulogizer tries to “synthesize a person’s character into a pint-sized public speech.” But Cooper’s retrospective eulogy feels genuine precisely because it’s retrospective. Unlike funeral or social media eulogies, Cooper’s ode to her mother arrives long after her death. She has had enough time to recollect her grief in some tranquility, and to put to words the thoughts and feelings that were ineffable when her loss was fresh. “For only in recollection,” writes Lydia Davis in the introduction to her translation of Swann’s Way by Marcel Proust, “does an experience become fully significant, as we arrange it in a meaningful pattern, and thus the crucial role of our intellect, our imagination, in our perception of the world and our re-creation of it to suit our desires.” A eulogy, The Last Word makes clear, is no exception.

By patiently recollecting her grief years after the initial loss, Cooper bumps up against the dominant cultural code of grieving, what she refers to, citing affect theory, as a “happiness script.” The griever is pressured to face her feelings in the week or two following a death, return to work and, ultimately, “normal” life. But grief, contrary to popular opinion, does not progress in stages. Neither is grief productive (the irony here, which isn’t lost on Cooper, is that her book itself is an impressive product of her grief). Grief is durational. It disobeys reason. It’s messy and it’s moody. And, as Cooper and Maclear show, different people will have different ways of living with it.