Why We Care For the Dead | The Walrus
Skip to content 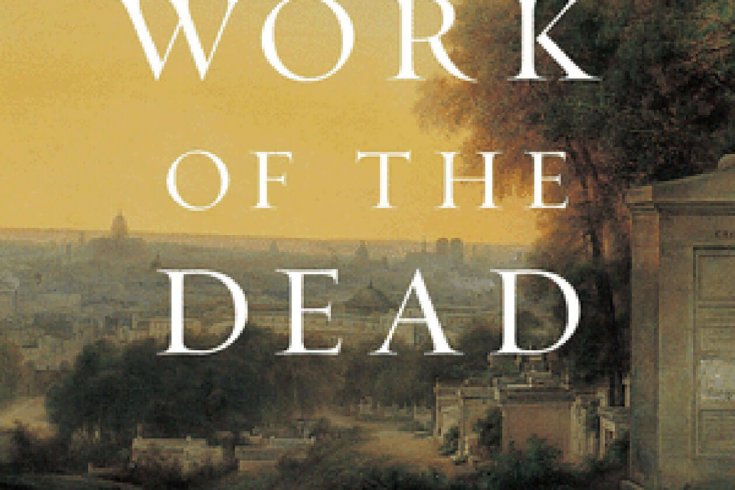 Thomas Laqueur is an academic, author, and winner of the 2016 Cundill Prize in Historical Literature for his book The Work of the Dead: A Cultural History of Mortal Remains. He teaches history at the University of California Berkeley. Previously known for his work on sexuality and gender, Laqueur’s newest book, The Work of the Dead, covers the broad human history of how people have dealt with the bodies of the dead and why we care for the dead. (It’s also set in a typeface called Requiem.)

Erin Sylvester: You’re known for writing about sex and gender. What inspired you to write a book about death and dead bodies?

Thomas Laqueur: You’re right that I am known for writing Making Sex and Solitary Sex, two cultural histories of sexuality and gender, but my first book was Religion and Respectability: Sunday Schools and Working-Class Culture, 1780-1850. I was interested in how these Sunday school kids dealt with the all-too-frequent deaths of their friends. So my interest goes back a long way—the first research note that I used for this book, photocopies of a memoir on the deaths of Sunday school students, was from 1971. You might call all this work I’ve done the history of the body. All of it is in some sense about how we construe the body, living or dead.

ES: And you’ve been working on this book for forty years?

TL: I’ve been gathering notes for forty years. Burial cases that I talk about, such as burials that were for some reason controversial, or topics of local interest, I collected many of those in 1981. I conducted many of my visits to cemeteries in the late 1970s. But actually sitting down and writing it from word one started in 2006.

TL: It beats elephants by twenty times. The longest gestation known to the biological or cultural world. [Laughs]

ES: This is a huge topic and you’ve been thinking and writing about it for so long. Was it difficult to choose what went it in the book?

TL: It was not so hard to choose what went in the book once I figured out what the book was. I kept asking myself, Is this a history of England? Is this a history of the dead everywhere? And I went through agony with this. I wasn’t even sure it was about the dead—I thought it was about death, which is sort of a different topic and relates to almost everything in the world. So I decided on a three-part structure.

The first part looks at the broad historical anthropology of the dead body and makes the universal claim that all of us create different kinds of communities through our relationship with the dead. We make city states, or we make ancestral communities, or we make nations, or we make religious communities. In the middle, I focus on the West, and the shift from cemeteries to the church being in charge of burials. The most important thing the church did, the single most dramatic shift from pagan antiquity to the Christian church, is that the church took over the care of the dead. That had huge implications. Communities of the dead were created around churches: the church was the arbiter of who gets in to these cemeteries, who belongs and who doesn’t belong to the community. It was a huge shift—and then shifting back, I argue, was equally important. In more recent history, you’ve got modern political communities, explicitly cosmopolitan communities, explicitly equal communities. Who controls getting in? What crisis unfolds, in some sense, to win the churchyard? It’s religious pluralism and issues of anti-clericalism. Then I get even more granular, and looked at some English local parishes. So once I had the general questions, I went from the cosmos to the thousand-year period, to the twenty to thirty–year period, and then I moved through the microscope to ever higher magnifications.

ES: Are there things that you wish people knew that didn’t make the final cut into the book?

TL: There are lots more things that could have fit, but I’m not sure that more examples would have been more telling. Every time I turn around, there’s another interesting modern example. I just wrote a blog post for a journal called Aeon about a man who stopped two performances of the Metropolitan Opera because he was caught sprinkling the ashes of a friend into the pit—they thought it was anthrax. So it’s that kind of story about the inventiveness of people who believe that ashes, which are truly nothing, are nevertheless enchanted. If it comes out as a second edition, I might write a little addendum where I talk about more contemporary stories.

ES: What do you want readers to take away from this book?

TL: I feel what motivates me in my life is curiosity. I like readers to become curious about my subject, and then to feel that their curiosity is in some sense satisfied. I’d like readers to feel the way in which each of our individual emotions is embedded in this very deep history of thinking about death. And I’d like them to find some parts of it beautiful. Part of the work is historical science, but I think of it also as a literary work. I think some people do take comfort from it. It’s not trying to say, “This is how you deal with death or dying or mourning.” But people like having a longer view of the subject.

ES: In the introduction, you speak about your life, your family, and the deaths of your parents. Did writing this book affect how you think about your own family or death and how it touches you personally?

TL: I think it probably did. The experiences I recounted made me think about how much I live in history because I’m the children or the grandchildren of these people. But it also makes me think of the fact that I don’t believe in immortality, in life after death, though I do believe in a world after I die. I believe that the world will go on. And I believe that the people that succeed me, my students, my daughter, will regard my life as part of this bigger, broader history. I’ll become one of the dead that have made the world what it is, so I find comfort in that.

ES: In the afterword you write about right-to-die movements. That has been a very recent and divisive debate in Canada. If there are any lessons in there, what do you think that says about us?

TL: I think probably more than ever before, the technology for dealing with the dead and changes in how we understand reality—cyber reality and virtual reality—have taken us out of the order of nature in a way that we’ve never been before. So we’ve always tried to prevent dying in one way or another. But now, everything about death involves technology, social innovation, and culture coming together to make it less natural than it has ever been. There’s also this radically individualistic view that we each have a decision about our bodies. These things have come together in recent discussions about the right to die. The issue is, and should be, deeply divisive.

I try to say at the end that, if I were a historian looking back 100 years to our present day, I think that we still care about the dead the way we’ve always cared about the dead. But the question of our relationship to death—both natural death as a feature of us as mortals, and death as a feature of technology—is something we will have to work out.

Erin Sylvester is the acting managing editor at The Walrus.