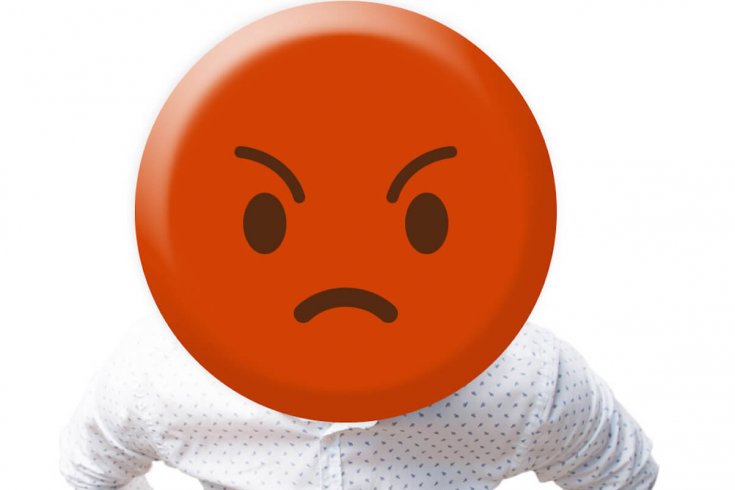 When I left the Roman Catholic Church four years ago and became an active champion of socially liberal causes, I was stunned by the Twitter attacks on me and on my family. One woman alleged that I rented my daughter out for sex, another claimed that I had once lost a job because I was mentally ill, yet another that it was being half-Jewish that led me to being “an enemy of the church.” I knew, of course, there would be a reaction and ignored most of the garbage, but after one conservative Catholic critic had implied on Twitter that I was a pedophile, I decided to respond. I’ll never forget what he wrote back: “This is Twitter. You asked for it.”

In other words, I’d put myself out there and had to be prepared for lies and libel. I spend time, perhaps too much of it, on Twitter. I have a verified account and am far too proud of the fact that some famous people, including a star of the British television show Doctor Who, follow me. And just like the TARDIS, the time machine that the eponymous Doctor rides in, Twitter is far bigger inside than it looks, boasting more than 300 million active users. I joined years ago because one of my media employers wanted me to; I remain on the platform because, in spite of the cruelty I encounter, it can be a vibrant means of communicating, a place where I can chance upon people who I would otherwise never meet. At its best, it’s a sociological triumph.

But truth be told, what genuinely makes Twitter popular is the hatred. For the platform to work, it needs engagement, and it gets engagement from stoking outrage. The #MeToo campaign encouraged women to disclose their personal stories of sexual assault and harassment. But anti-rape advocates and survivors also found themselves being skewered online for speaking out. Hatred isn’t confined to Twitter, of course. At the end of September, the European commissioner for justice and consumers, Vera Jourova, closed her Facebook account after being exhausted by the relentless trolling (women are often most frequent targets on social media). The platform is so rage-filled that, in 2013, a team of California researchers were able to create a “hate map” of the United States by tracking and aggregating 150,000 homophobic, sexist, and racist tweets over an eleven-month period and linking hate speech to specific locations. The project, according to one of its geographers, showed how social media platforms such as Twitter “have been adopted and appropriated to allow for these ideas to be propagated.”

Twitter has also proven an effective tool for public shaming. British author and actor Stephen Fry had more than 12 million Twitter followers. In early 2016, while hosting a major awards ceremony in Britain, he joked that his friend Jenny Beavan, an esteemed movie costume designer, was dressed like “a bag lady.” She thought it funny and said so. Even so, Twitter turned on Fry with pitchforks. He was labeled a misogynist and a hater. The right called him gay and liberal. For the left, he was a “fucking sexist.” The attacks became overwhelming, and he briefly shut down his account. (He later returned with a far less active page.) “Oh goodness, what fun twitter was in the early days,” he later wrote on his website. “A secret bathing-pool in a magical glade in an enchanted forest.…But now the pool is stagnant. It is frothy with scum, clogged with weeds and littered with broken glass, sharp rocks and slimy rubbish….The fun is over.”

The fun is far from over for the trolls. That hatred has, in fact, expanded enormously since the political rise of Donald Trump, who uses Twitter as both a cudgel and press office. Whatever one thinks of the president of the United States, his tweets matter and people want and need to read them. He now has almost 41 million followers on his personal account and 21 million on his official presidential Twitter page. That’s an enormous segment of society that he can reach whenever he picks up his smart phone.

But it’s the subsequent defence of and opposition to the man that works to Twitter’s advantage. His supporters are obsessive and brutal; his opponents equally so. Just recently, for example, Trump went to Twitter to defend the way he spoke to the widow of an American soldier killed in Niger and to deny that he had been dismissive and rude, as has been reported in mainstream media. He tweeted that these were “lies.” His critics, in return, tweeted that he was “a modern-day Hitler” and a “mass murderer.” Thus the storm began. Millions of people read the diatribes and then hundreds of thousands of people screamed at each other. Twitter, once again, became the platform for the most powerful person in the world to insult his enemies and, in turn, be insulted. That symbiotic circle of venom is the platform’s big draw. Indeed, in an essay published last January, Texas Tech media professor Brian L. Ott argues that the impulsiveness that Twitter invites from users make it the perfect fit for a president whose main emotion is anger. “In many ways, the medium was made for him,” he writes. “It conforms to all the things he already does in his discourse.”

Because of its largely uncontrolled nature, Twitter has become the most mainstream forum for those denied a media outlet. In other words, all varieties of fanatics, conspiracy theorists, and eccentrics. The platform is soaked in Holocaust denial, fringe politics, anti-Semitism, and racism. People usually ignored or unable to be published in respected newspapers and magazines establish major fan bases. Much of the former success of Ezra Levant’s far-right news organization, the Rebel, was based on precisely this kind of support. And there’s a lot of it to harvest. A study released in February by Safe Home, an organization of home-security experts, showed that Twitter accounts run by anti-immigrant and anti-Muslim organizations have boomed over the past three years. The study also found that tweets and comments by hate groups collected more “likes” in 2016 than in any other year since 2008.

When challenged about all of this, Twitter’s managers and spokespeople say they are doing all that they can to maintain civility and legality. And while it’s true that when complaints are received, there are sometimes investigations and even suspensions or terminations. But this is incredibly rare and very difficult to initiate and achieve. (Just last month, they suspended hundreds of Russian-linked accounts after accusations that they had tried to interfere in the US election. So it can be done.)

The libertarian, egalitarian logic behind the refusal to intervene is the free-speech argument, that otherwise powerless individuals are suddenly liberated by the unlocked gates of social media. Yes and no. First, many of the most acidic commentators, especially on the alt-right, are led by organized campaigns and either begin their social media lives as part of a greater campaign or are co-opted as soon as they showed any success. Second, freedom does come with certain responsibilities, both moral and legal. Careers and reputations have been severely dented by Twitter. Sometimes the offending tweets are dumb and outrageous, but the punishment is generally less about the offence than the reaction.

In 2013, Alicia Ann Lynch lost her job after posting a photo of herself dressed as a Boston Marathon bombing victim for a Halloween party—she put on gym clothes and painted some fake blood on her legs and face. It was stupid, to say the least, but she was twenty-two and hardly a figure of influence. She received death threats, her home address was put on Twitter, and posts called for her to be attacked and abused and for excrement to mailed to her. Someone undertook deep research and found some racy photos of Lynch that were then posted, and she was fired. All for a moment of thoughtlessness, a callow attempt to be funny. She closed her account, but it was too late.

Far too often, hatred that wins the day on Twitter because hatred is not a by-product but the very essence of the form. I hate therefore I am. I have managed to be abusive to someone, so I am fulfilled. It’s a little like the road rage you feel in your car, where the weak feel powerful and the cowardly brave, because they cannot see their victim or target and assume that the person they are attacking cannot and will not ever hit them back.

But that’s the justification and not the cause itself. What does it say about modern society that such a large proportion Twitter’s regular users are systemically unpleasant, even repugnant? If we put aside the Nazis and the propagandists, there is still the flippant cruelty that powers the platform and that Twitter refuses to censor. One answer, of course, is that people were always like this but didn’t have the means to communicate their dark nature to a wider audience. Perhaps it’s more that the medium itself that’s at fault. Insult has become the new manner of social-media conversation, and thought and reason are seen as weakness. As such, it would be not only against Twitter’s commercial interests to control hatred, but it would contradict the very culture they’ve helped create.

Is Buying a Piece of Virtual Art Better for the Environment?