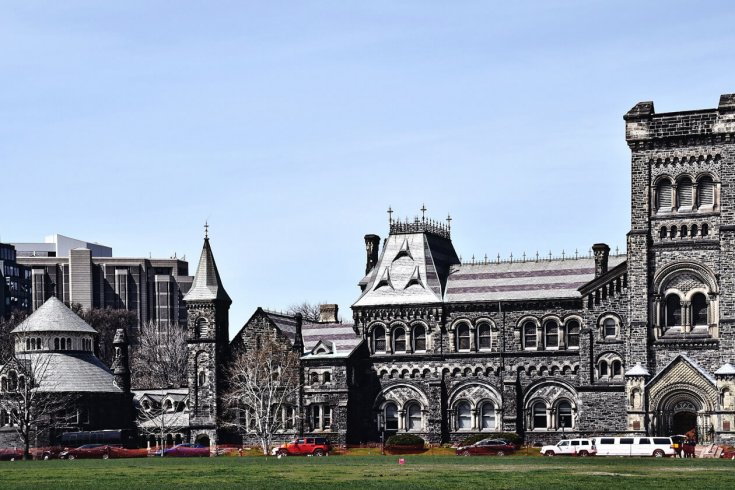 The University of Toronto. | VV Nincic

During the apocalypses of nationalism and racism that engulfed Europe in the first half of the twentieth century, one of the few winners was American academia. The US welcomed thousands of scientists and intellectuals fleeing war and persecution in Europe, and since the end of the Second World War, American institutions have maintained an unparalleled record of academic excellence: 58 percent of all Nobel laureates in the sciences have hailed from the United States, as have 65 percent of the winners of the Turing Award, 23 percent of the winners of the Fields Medal, and thirteen out of the twenty Schock Prize laureates in Mathematics and in Logic and Philosophy. More than a quarter of these laureates were immigrants. Much of the US’s enviable economic growth in the postwar period is due to technological innovations arising from this scientific efflorescence. It took an entire generation for European academia to recover from two world wars, and it has never really reclaimed its prewar pre-eminence. Partly, this is because academic excellence is a self-reinforcing equilibrium: The world’s top universities attract the world’s best researchers and best students, and for this reason they remain the world’s top universities.  This is especially the case when particular institutions become recognized centres of excellence in particular fields or subfields.

Scholarship is intrinsically cosmopolitan. Premier universities recruit their talent from all over the world; the intelligentsia are precisely the “citizens of nowhere” whom British Prime Minister Theresa May disparaged late last year. Thus, the atavistic nativism of the Trump administration and the Brexiteers will be enormously destructive to American and British academic institutions. The academic communities of these countries are already voicing their outrage and indignation, because they see all too clearly the disaster that is coming. But there is one country that may benefit from this train wreck: Canada.

Like the United States of yore, Canada has a global reputation as a bastion of tolerance and pluralism; it’s a place where immigrants are seen as assets rather than liabilities. As one of the industrialized countries least touched by the economic meltdown since 2008, it can also still present itself as a land of economic opportunity and optimism. Finally, English is the official language of most Canadian universities. For all three reasons, Canada presents a much more attractive destination than Europe or Asia for disaffected American and British academics—and is much closer than Australia and New Zealand.

Most obviously, Canada will be an ideal home for American academics that are Muslim or of Middle Eastern, Chinese, or Hispanic origin, given Trump’s open hostility towards these groups.  It may also attract African American academics alarmed by US attorney general Jeff Sessions’ history of racist remarks, or by chief White House strategist Steve Bannon’s association with Breitbart News, an organization that has been accused of supporting white nationalism.  Asian Americans also have reason to be concerned; in a radio show in November 2015, Bannon complained that “two-thirds or three-quarters of the CEOs in Silicon Valley are from South Asia or from Asia.” He later argued that “engineering schools are all full of people from South Asia, and East Asia,” while American students “can’t get into these graduate schools because they are all foreign students.” Female and queer academics will be appalled that all three branches of the American government have now fallen into the hands of conservatives who have antediluvian views about gender and sexuality. But even the white male academics with impeccable “Judeo-Christian” pedigrees (to use Bannon’s preferred nomenclature) will be heading for the exits, first because they are morally disgusted by the new regime, but second because they anticipate the long-lasting damage that American academic institutions will suffer. Not only will their universities fail to recruit the best and brightest the world has to offer, but they will also fall afoul of the Republicans’ explicitly anti-science agenda and anti-intellectual mentality.

The UK has punched far above its weight in the postwar academic world, with 14 percent of science Nobel laureates, 9 percent of Turing Awardees, 10 percent of Fields Medalists, and three of the twenty Schock Prize recipients affiliated to British universities since 1945.  But with Brexit, an entire generation of academics holding EU passports must now undertake a complicated and multiyear process to apply for permanent residency, with no guarantee of success. They are fluently multilingual, internationally competitive, in the prime of their careers, and they are looking for a new home. There are also rising stars in Europe and Asia who until recently anticipated an academic career in the US or the UK, and are now seriously reconsidering their plans.

It is no exaggeration to say that Canada has a once-in-a-century opportunity to recruit the academic leaderboard of the US and the UK, and perhaps permanently change the international equilibrium of academic excellence. But this opportunity will be squandered unless Canada acts quickly to mobilise the resources necessary to attract these researchers. The Canadian federal government should immediately commit to investing at least 1 billion additional dollars per annum into the academic sector for the next five years, with this money earmarked specifically for international recruitment of world-class talent. Furthermore, the government should commit to fast-tracking the Canadian citizenship applications of these new academic hires—a gesture which will be especially appreciated by those now reeling from the overnight revocation of their permanent resident status in the US or the UK. Program continuation costs would be covered by an additional 2.5 billion dollars, spread out over a second five-year period. The money would be disbursed through a competitive process: Canadian universities would compete for federal grants that would fully cover the salary and ancillary costs of elite international hires for their first five years, with this funding tapering off gradually over the second half of the decade. (Over ten years, the universities can create budgetary space to assume the full costs by a combination of natural growth and attrition of their existing faculty.)

To get a sense of what such an investment could accomplish, suppose we wanted to attract one hundred elite researchers in each of twenty major academic disciplines—a total of two thousand new academic hires. To attract each of these people, we would need, on average, $500,000 per year—not only to offer them internationally competitive salaries, but also to enable them to migrate with their graduate students, post-docs, and research assistants, and to set up adequate laboratory facilities. In many cases, spousal hires may also be advisable. Obviously, the exact price tag will vary widely from discipline to discipline—it will be much less in mathematics, the social sciences, and the humanities, and much more in the natural sciences, medicine, and engineering. Capacity is not a problem; Canada has more than a dozen high-quality research universities that could accommodate these recruits. The important thing is to create a critical mass at these institutions. In recent remarks to CBC, Alan Bernstein, the president of the Canadian Institute for Advanced Research, seems to agree. “This is Canada’s moment,” he said. “I think it’s a time we should be bold.”

If Canada doesn’t make a move, it’s possible that other countries will. French Presidential candidate Emmanuel Macron, for example, has recently made similar overtures to American academics. But his hospitality is not actionable unless he can liberalize (or completely circumvent) France’s rigid and insular academic hiring system. And the other Presidential contenders have opposite ideas. François Fillon (of Les Républicains) is campaigning on a Thatcheresque platform to cut 500,000 public sector jobs, while Marine Le Pen (of the Front National) wants to exit the EU and close France to immigrants.  If either of them wins the election on May 7, then Canada’s francophone universities can also go on a hiring spree.

The Canadian government already seems to recognize this opportunity, but its existing efforts do not go far enough. The new Global Talent Stream program promises to fast-track Canadian visas and short-term work permits for “low-risk, high-talent” foreign workers in targeted industries. But to entice tenured professors to relocate to Canada from abroad, we must match the lifetime job security they already have in their current institutions; this means we must fast-track not merely residency, but citizenship. The 2017 federal budget earmarks money for twenty-five “Canada 150” Research Chairs “to attract top-tier international scholars and researchers to Canada.” But this money is simply repurposed from the current Canada Excellence Research Chairs budget—it does not represent new investment. To overcome the inertia of the current international academic equilibrium, we will need a much larger incentive.

Some might say that Canada “cannot afford” such budgetary largesse, given the recent slump in oil prices. In fact, the opposite is true: our present economic woes show that we cannot afford not to diversify the Canadian economy away from fossil fuels and other primary resource extraction. To build a twenty-first century economy based on technological innovation, we need world-beating researchers in our universities.

One billion dollars might seem extravagant, but it is only 0.3 percent of the federal government’s 2017 budget—less than $30 per Canadian citizen. It would represent a 22 percent increase in the current research funding budget of approximately $4.5 billion, which is ambitious, but hardly outrageous. Furthermore, a little bit of “shock and awe” is necessary if this campaign is to succeed in its objectives: recall that we are trying to change an already well-entrenched equilibrium. Top people want to work where the other top people in their field are already located. So if we want to entice the academic elite to migrate to Canada from British and American universities, then we must entice them to migrate en masse. This will require a hefty up-front investment, not an incremental trickle. But if the Canadian government has the daring, ambition, and vision to make this investment, its effects will be felt for decades to come.