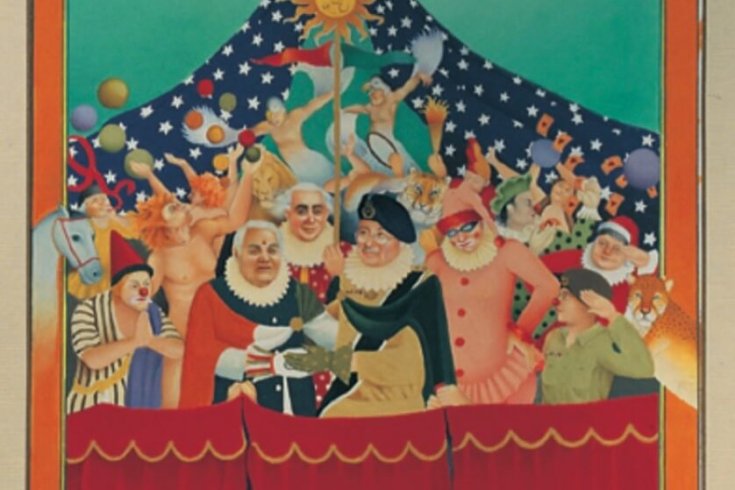 Friendship Between India and Pakistan, 20 cm by 28 cm, gouache on wasli paper

“Miniature paintings is an art form that came to India from Persia in the sixteenth century and flourished during the Mughal dynasty. After the Indo-Pakistan separation [1947], people stopped making miniatures. Then, in the mid-eighties, there was a revival. [We] broke boundaries of tradition, using present-day imagery with traditional form and technique. The characters in the foreground are General Musharraf and Atal Bihari Vajpayee, the prime minister of India. With the circus setting, I am trying to convey the way India and Pakistan have related over the past fifty-six years. They are performing like clowns in a circus, entertaining the public. Everything here symbolizes something. Cows have been used since the Mughal era to represent the public. Cows are innocent. Here, they are suppressed by nuclear weapons. The hands holding up the curtains represent the hidden influence of Western governments.

A miniature painting is made of ten different layers of glue (made from seashells), paper, and pigment, which artists make from stones. The paintbrushes are made from squirrel hair—just one hair. I am more comfortable expressing myself on a tiny scale. You can handle it very easily; you can take it everywhere. You can create the whole world in a very small space.” 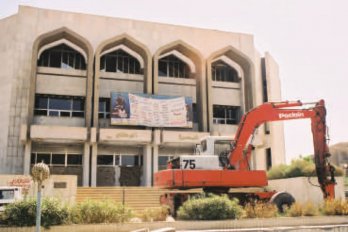