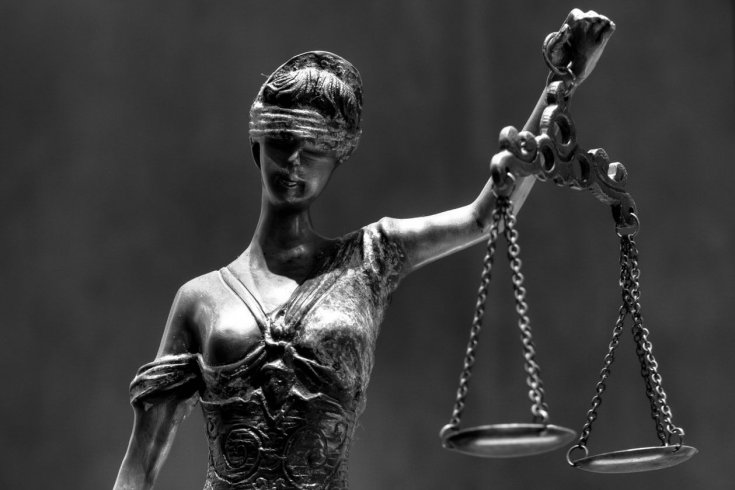 One idiosyncrasy of our legal lexicon is that judges “find” facts, as though the “facts” of a case wait somewhere to be found, hiding, lost or not yet discovered. A trial is a “fact finding” process; a judge a “finder of fact”; the narrative of a decided case arises from its “factual findings.” A fact is not just true, it is the truth, and so it is something “found,” “learned,” or “known”—not something “created,” “made,” or, less appropriate still, “made up.”

But facts can also be alleged and disputed, proven or disproven, on a balance of probabilities or beyond a reasonable doubt. In law, a “found” fact is what is proved to the relevant standard; it may be but is not necessarily the “truth” in the sense of being what actually happened. When a lawyer puts a case before the court, he or she asks the judge to make certain factual findings. But given the frailties of human memory and the multiple inferences that pieces of the evidentiary puzzle may support, some facts are never found.

Frustration, even despair, over these lost facts is especially high in criminal cases. Many observers are enraged by the state’s inability to act where the circumstances seem to cry out for justice but the evidence has holes. Justice Lenehan of the Nova Scotia Provincial Court acquitted Bassam Al-Rawi last week, finding that he had not sexually assaulted a young woman who was discovered half-naked and unconscious in his cab. Because the Crown could not prove otherwise, the “fact” is that Al-Rawi did not remove the complainant’s pants and underwear or otherwise touch the complainant without her consent, or in a situation where she could not consent. Faced with that version of the truth, the complaints have mounted.

The other truths of that night are these: the complainant hailed Al-Rawi’s cab at 1:09 a.m. after she was turned away from a bar for being too intoxicated. A constable found her unconscious eleven minutes later in the backseat of Al-Rawi’s cab, her blood alcohol level nearly three times the legal limit. She had been texting her friends shortly beforehand, but was too drunk to remember anything that happened in the cab. The cab was not parked on any normal route to her home.  She was half-naked, lying down, with her head toward the rear passenger side door and her legs up on the seat backs. Al-Rawi was in the driver’s seat, his zipper down a few inches, trying to shove the complainant’s pants and underwear between the front seat and the console. Her pants were inside out; her underwear was wet with her own urine. The complainant’s DNA was on Al-Rawi’s upper lip.

To secure a conviction, the Crown had to prove that Al-Rawi had either touched the complainant without her consent, or touched her when she was incapable of consenting. But the complainant could not remember anything, including, and especially, whether she had consented. Without the complainant’s own testimony, the Crown could not prove that she had not consented to the removal of her pants and underwear. At most, the opinion of someone without memory is just that—an opinion, based on an assessment of what’s likely, but not on recollection. A person without memory is not a witness to the truth.

The outrage here is justifiable, but mine at least goes beyond Lenehan’s decision—it is directed at how our law deals with, and fails, complainants.

As to the complainant’s capacity, she was drunk—drunk enough to be turned away from a bar, urinate herself, and pass out—but she had hailed a cab and texted her friends, even if she could remember neither. Our courts have been clear that a lack of memory the next day is itself not determinative of a prior night’s incapacity. Just because a person is drunk—even drunk enough to forget—does not mean that they are incapable of consenting to a sexual act. “Clearly, a drunk can consent,” said Lenehan in his reasons. This statement was coarsely, thoughtlessly worded, and has rightly attracted censure. But the state of our law is that people who are drunk can consent to sexual activity. Short of passing out, there is no magic line beyond which every inebriated person becomes incapable of consent. And so although Lenehan stated that Al-Rawi was “not somebody I would want my daughter driving with or any other young woman,” and “not somebody I would want to hire to drive for my company,” Al-Rawi was ultimately “free to go.”

The public outrage here is understandable. I share in it. There are those of us who imagine ourselves in the complainant’s position and cannot stomach Al-Rawi’s acquittal; memory or no memory, we see no universe where we hail a cab and, within eleven minutes, direct it to a spot away from our destination, consent to a total stranger removing our pants and urine-soaked underwear, and pass out. We see no universe where a person that drunk has the capacity to consent and we are angered by a state that does not extend its protection in those circumstances. But in this country, we have chosen the presumption of innocence because we would rather that the guilty walk than the innocent be imprisoned. Criminal convictions cannot hang on the opinions of witnesses who can’t remember what happened. The Crown had to prove its case; Al-Rawi did not have to prove consent.

We know that Lenehan, like us, considered the evidence “concerning”; we know that he “struggled” to determine what the evidence amounted to. Lenehan’s reasons contain highly problematic statements, but likely no gross errors of commentary, such as those made by the now-infamous Justice Camp, who repeatedly confused the “accused” with the “complainant,” asking why she couldn’t keep her “knees together.” There are no questionable inferences drawn with respect to the relationship between consent and post-assault conduct, which some believe to have weakened Justice Horkins’ decision in the Ghomeshi case. The outrage here is justifiable, but mine at least goes beyond Lenehan’s decision—it is directed at how our law deals with, and fails, complainants, rather than the specific failings of this case.

It is by any metric a heartbreaking case in what seems like an endless line of heartbreaking cases. It has saddening facts, made sadder still by the allegations that Al-Rawi has committed other assaults. But it dealt with hard questions—how can the Crown prove no consent when the complainant, ordinarily the most important witness, can’t remember what happened? And if the complainant can’t remember, how much alcohol makes him or her incapable of consent?  What facts can be found in such circumstances, remembering that they must be found beyond a reasonable doubt?

These questions have no easy answers, but the complaints they provoke will hopefully spur other, needed changes. Bill C-337, a private member’s bill that would require judges hearing sexual assault cases to receive special training, is a critical measure likely to receive greater support in this climate. Training would undoubtedly increase public confidence in the judiciary’s ability to fairly decide sexual assault cases. It would improve empathy in the courtroom, encouraging more complainants to come forward. It would ensure that judges who deal with these hard questions are up to speed on the relevant case law and any legal developments.

Perhaps the complaints will also prompt the Crown to appeal Lenehan’s finding, resulting in more guidance from higher courts on the interplay between alcohol and consent. Law professor Elizabeth Sheehy recently suggested that it “defies reason” to conclude that the complainant was capable of consenting to sexual activity in the circumstances, given her blood alcohol level, the fact that she had urinated herself, and the fact that she was unconscious within minutes of hailing Al-Rawi’s cab. I agree with Sheehy, but neither of us has the difficult job of finding out facts when a person’s liberty is at risk. An appellate court, which in some ways has greater latitude than trial judges do, could explain matters with more care, correct any errors made, and develop the law if needed.

Sheehy also suggested that the Criminal Code be amended to require that judges issue written reasons in all sexual assault cases. This would ensure the public’s ability to read, and critique, judicial reasoning when an accused is convicted or acquitted. Often, reasons are given orally, and available only to those who seek out a transcript—there are, for example, no written reasons for Lenehan’s decision, and a transcription of his oral reasons exists only because of the interest of reporters in the case. Written reasons would require that judges set out their decision-making more thoroughly, referencing the relevant case law, standards, and rules. The process of writing out reasons would also lessen the frequency of dangerous statements, like Lenehan’s comment that “a drunk can consent,” which many have seen as inviting an “open season” on inebriated women. Particularly in sexual assault cases, a judge’s words carry power beyond the immediate circumstances of the case and requiring written reasons may force judges to take that responsibility more seriously.

We have to believe, as the wealth of complaints in response to Lenehan’s decision demonstrates, that our legal system can and must do more: better training, stricter standards, mandatory written reasons, greater care, more research, higher accountability. The same is true for the cab companies entrusted with carrying vulnerable passengers. We have to believe it, because most of us will drink too much to remember and climb into a cab. Some of us will get home safely. Others may be found half-naked and unconscious in the backseat, our underwear in the driver’s hands. It is not enough to say that we drink at our own risk or that the truth in such cases is lost. Those facts must be findable, too.

Daniella Murynka is an associate with Ricketts, Harris LLP in Toronto.