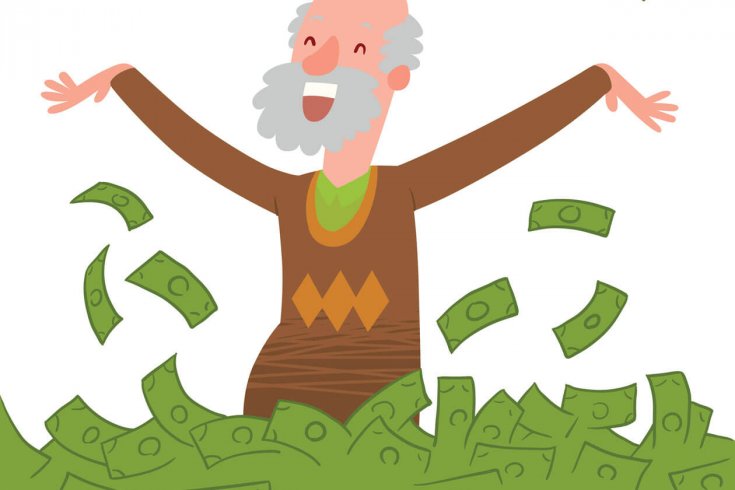 If Prime Minister Justin Trudeau’s extended honeymoon with Canadian voters isn’t over by now, it will end with the delivery of this year’s budget. That’s because it will almost certainly feature a gaping budget deficit, and offer no clear line of sight to when Canadians might expect the nation’s finances to come back into balance. This country’s debt scolds, who were dismayed to see Trudeau win an election largely on a promise to spend lots of money, will no doubt use Trudeau’s latest deficit—and the December report from the Department of Finance that forecast a steady string of budget deficits out to 2055—to argue that he’s following in the dubious fiscal footsteps of his father. So where will he find the cash? It may be time to finally have a conversation that’s long overdue in this country: why we still subsidize senior citizens when they don’t actually need the help.

After all, the days of this country’s senior citizens living in penury is over, and it has been for quite some time. The poverty rate for seniors in Canada is just 6.7 percent, a figure that’s lower than just about every other demographic—most of whom are asked to subsidize said seniors with their own tax dollars. And while your Aunt Mildred or Uncle Pete might be in bad financial shape, remember that they’re outliers—and you don’t make good policy on their behalf. In a recent report, the MacDonald-Laurier Institute underscored the folly of continuing to subsidize seniors simply because they’re old. “Put bluntly: we should not be subsidizing people because they are old but rather because they are poor,” they wrote. “And old age is no longer a proxy for poverty. On the contrary. Canada has been extremely successful in improving the position of its seniors.”

This is the generation that took all the good drugs, had all the consequence-free sex, and left us with antidepressants, climate change, and Donald Trump.

One particularly ripe piece of low-hanging fruit is the age tax credit, which was established in 1972 to help low-income seniors pay their bills but now amounts to little more than a $3.4 billion annual giveaway. But the government should go even further than that and eliminate the capital gains exemption that people currently enjoy when they sell their homes. Once upon a time, this exemption made sense: home ownership was seen as a social and economic virtue, capital wasn’t as plentiful or readily accessible as it is today, and the housing market hadn’t been turned into a craps table where the dice always hit seven and the players always won.

Today, though, the housing market has transmuted modest piles of brick and drywall into winning lottery tickets, and it’s been older Canadians who have benefited most conspicuously. While young Canadians struggle to get into the housing markets of many major cities, their parents and grandparents are cashing out with prices that are multiples on what they paid (even after adjusting for inflation). This deprives the federal treasury—and, by extension, each of us—of an estimated $5 billion a year, a figure that might be on the low side given that it was calculated before Toronto’s housing market, the largest in the country, went supernova over the last twelve months. This is no longer good public policy—this is an inexcusable taxpayer-funded gift to a group of people that doesn’t need the help.

Let’s be perfectly clear: I’m not picking on that generation of seniors that fought valiantly for their country, suffered through deprivation and economic depression, and personified the values of hard work and humility. I’m trying to pick on the baby boomers, who (unlike their parents) never fought in any great wars and never made any great sacrifices for their country. Quite the opposite, in fact. This is the generation that entered the workforce when the economy was expanding rapidly, unionized workplaces weren’t yet an endangered species, and wage growth was an expectation rather than an exception. This is the generation that hit their peak earning years right as stocks and bonds were both in the early days of the longest bull markets in the twentieth century. This is the generation that took all the good drugs, had all the consequence-free sex, and left us with antidepressants, climate change, and Donald Trump. Then they got to watch as homes for which they paid five figures started getting priced with seven.

This is also the generation that’s probably going to break Canada’s social safety net, or at the very least put it under enormous amounts of pressure. As the Globe and Mail’s Rachelle Younglai noted in a 2015 series on baby boomers, healthcare costs start to skyrocket as people get past the age of seventy. “An average of $6,298 is spent on a person aged 65 to 69. The cost escalates to $11,557 for someone aged 75 to 79 and then jumps to $24,387 for someone aged 85 to 89, according to the [Canadian Institute for Health Information]’s 2013 data. In comparison, an average of $1,741 is spent on someone aged 20 to 24 and $2,290 for a person aged 40 to 44.” As a result, both the number and proportion of taxpayer dollars going towards senior-oriented services are expected to soar in the next decade. “This year, provincial and territorial spending is estimated at $149.8-billion with 47.2 per cent or $70.7-billion used for seniors, according to the Conference Board of Canada,” Younglai wrote. “By 2020, government spending is expected to climb to $188.4-billion, with half or $94.8-billion used for the elderly. By 2035, the share increases to 61 per cent.”

This will all happen as the exodus of baby boomers from the workforce to the golf course continues, one that will apply all sorts of downward pressure on government tax receipts. That toxic combination of falling revenues and rising costs is going to force some hard choices on Canadians and their elected officials—many of which will involve taking money out of the pockets of younger Canadians and putting it into those of older ones. That’s why we need to start having this conversation now, before it’s too late. Do we want Canada to serve the interests of future generations, or protect the privileges inherited by previous ones?

I don’t seriously expect Justin Trudeau to broach that conversation. The only thing more politically radioactive than policies that explicitly target seniors are policies that explicitly target homeowners and the equity they’ve mostly lucked into, and combining the two would be an invitation to electoral ruin. But there is an opportunity to challenge the narrative around those seniors and whether they deserve to be subsidized by those who face a more challenging set of financial circumstances than baby boomers ever did. If nothing else, we can view it as practice for when the really difficult conversations—say, the one about the future of our healthcare system—arrive.