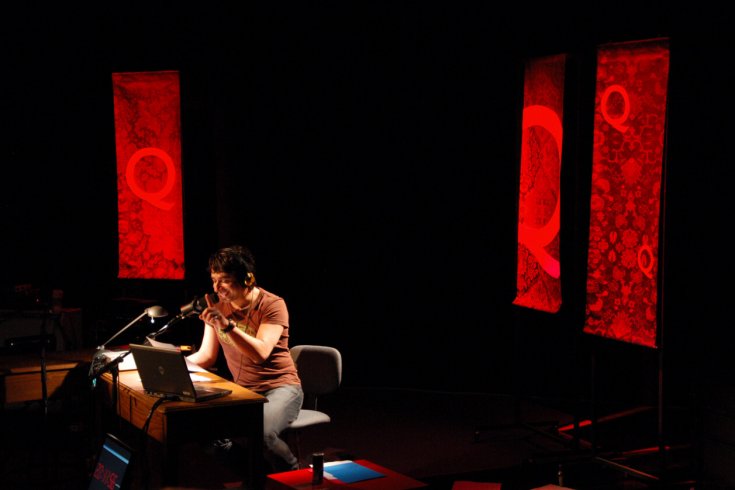 Jian Ghomeshi at a 2009 live taping of Q. | Photograph by Derek K. Miller

A while ago, I fell into conversation with a friend who wanted my opinion about whether a certain company should consider, even theoretically, becoming commercially involved with a prospective new media project headlined by former CBC Radio host Jian Ghomeshi. It was a question of protecting the firm’s reputation. On the one hand, Ghomeshi had become infamous because of the many women who had accused him of predatory sexual behaviour. On the other hand, he was never convicted of any crime.

Without hesitation, I responded that if the opportunity arose, the firm should walk away. “This would be a huge hit to the firm’s reputation,” I said. “Don’t do it.”

The ex-lawyer in me felt a spasm of guilt for saying this. My instinctive response seemed a betrayal of the lofty liberal principles I’d internalized in law school. Under our legal system, everyone who is accused of a crime deserves legal representation—no matter how horrible the allegations. I’ve always argued that Marie Henein should not be impugned merely because she was successful in defending Ghomeshi at trial. And I have been appalled to observe students at Bishop’s University in Sherbrooke, Que., and elsewhere seeking to prevent her from speaking on campus. Lawyers perform client advocacy on a professional basis, and they should not be held as morally complicit in the harms perpetrated by their clients.

So what explains my reaction? Over the course of a long evening my friend and I hashed it out.

Sometimes a person who is exonerated at trial achieves true vindication among their peers and is able to reclaim their former position within society. Others are convicted, serve time in prison, and, upon release, are able to claw back their life after having “paid their debt to society.” Ghomeshi’s situation falls in between. While he was never convicted of any crime, he formally admitted to “sexually inappropriate behaviour” in regard to his former co-worker Kathryn Borel. (By the prosecutor’s account, Ghomeshi approached Borel from behind, “held her waist and pressed his pelvis back and forth repeatedly into her buttocks.”) So Canada was left with the spectacle of a man who admitted to wrongdoing, and who’d signed a peace bond, but then went home to sleep in his own bed.

But this doesn’t explain why I advised my friend to steer clear of Ghomeshi’s venture, either. Blue-chip law firms often represent notorious criminals, including murderers and terrorists, sometimes even on a pro bono basis. So what is it about Ghomeshi that makes him—from an associational point of view—somehow more toxic in the eyes of the Canadian public?

“The only comfort anyone could take from last year’s trial of Jian Ghomeshi was that it seemed to signal a turning point in the way we think about sexual assault,” my colleague Jessica Johnson wrote in The Walrus following his acquittals. “As our society takes its first steps toward addressing the root causes of sexual assault—through the courts, the media, and the education system—I realize that we may be witnessing a new kind of revolutionary movement.”

At the heart of this “revolutionary movement” is the realization that, every year, Canadian women suffer thousands upon thousands of sexual assaults that never result in a criminal conviction, or even in any serious form of investigation. From the very beginning of the prosecution of Ghomeshi, there was a widely felt sense that this legal spectacle was not just about him and his victims. Rather, he and his victims were stand-ins for all predatory men and victimized women. That is why his acquittal was such a traumatic event for many people. Ghomeshi was supposed to be the one who didn’t get away, the one whose conviction would decisively summon a new, safer, and more enlightened era.

And this, in turn, is why Ghomeshi’s new podcast venture is guaranteed to fail. Society is full of guilty people who beat the rap and ex-cons who’ve paid their debts. But Ghomeshi is unique. He is the only person I know of in our entire society who doesn’t only wear the mark of Cain, but personifies it in his very being.