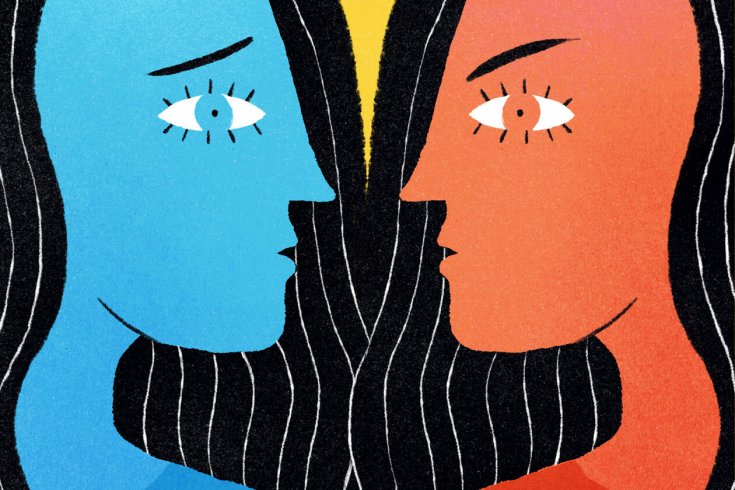 The only comfort anyone could take from last year’s trial of Jian Ghomeshi was that it seemed to signal a turning point in the way we think about sexual assault. Editorials in major media outlets demanded an overhaul of the ways we prevent, investigate, and punish the crime. Intersecting conversations on social media—among women, men, former victims, and their loved ones—reflected a sense of anger and frustration. Even the most mainstream voices spoke up. “Tell us your story,” urged a form on Global TV’s website. “[T]he more people talk about it, the better able we are to combat sexual violence.”

In the months since, we have seen signs of incremental but significant progress. On June 28, the government of Ontario launched a pilot project that provides four hours of free legal advice to residents of Toronto, Ottawa, and Thunder Bay who come forward as victims of sexual assault. The legal advice could help a victim report a crime, create a statement, or find a lawyer for trial. This is the type of service that could, for example, have aided the five women who testified against St. John’s serial rapist Sofyan Boalag: one of the complainants involved said that she hadn’t notified police immediately after her assault because she had assumed they wouldn’t believe her.

As our society takes its first steps toward addressing the root causes of sexual assault, we may be witnessing a new kind of revolutionary movement.

Responding to public protest over the handling of sexual assault allegations at post-secondary institutions across Canada, the provinces of Ontario and British Columbia have moved to require that schools implement official sexual assault policies. And many Canadians will be affected, directly or indirectly, by institutional responses to allegations of sexual misconduct at the Canadian Olympic Committee, the Toronto Symphony Orchestra, WestJet, the Toronto Star, and other high-profile organizations. Thanks to the media’s increasing willingness to cover the subject, a surge of victims coming forward to talk about their experiences, and the more stringent enforcement of workplace policies, a crime that was once approached as a typically female, individual trauma is now a topic of public concern. “In this [post-Ghomeshi] era, I think there is a bigger discussion of sexual assault than has ever happened in my lifetime,” says Pamela Cross, legal director of Luke’s Place Support and Resource Centre for Women and Children.

Increased transparency, more resources for victims, and candid discussions of something once stigmatized as private and shameful: these are developments I hoped for when I wrote about this subject last winter for The Walrus. And yet, the last few months have brought neither resolution nor relief.

It’s one thing to appreciate, on an intellectual level, that incidents of sexual violence are massively under-reported—to know in the abstract that such crimes are at this moment taking place behind closed doors. It’s another thing to read detailed descriptions of the stories of real people such as Jennifer Leigh O’Neill, who recently provided a research panel of Ontario MPPs with disturbing details of her experience: after being drugged and imprisoned in an apartment, she then faced the ordeal of having to navigate Ontario’s emergency-response and court systems. Hers is the sort of story we all need to hear—but it also leaves us with a sense of despair and vulnerability.

In retrospect, the Ghomeshi trial was a rare example, being an unusually lurid case. Its specifics may have contributed to a black-and-white view of sexual assault, one that involves a larger-than-life protagonist preying on a series of hapless victims. The stories that surround us today involve a broad range of predatory behaviours and allegations of varying degrees of severity. As these stories come to light, it is not always clear what really happened. Last fall, one of my former classmates at the University of British Columbia, Steven Galloway, was suspended from his position as head of the creative writing department. Although the specifics of the allegations were never made public, a university press release implied he’d behaved improperly. This summer, the school concluded that only one of the allegations against him—one positioned as relatively minor—had been substantiated. He was later fired.

Many sexual assault stories still founder on the notion of “he said, she said”: long a barrier to justice for victims, it obscures the recollections of accusers with a cloud of reasonable doubt. In its current sense, the phrase dates back to the Clarence Thomas hearings of 1991, when the US Supreme Court appointee faced accusations of harassment from Anita Hill. But today’s court transcripts, investigative reports, and private email correspondence among the parties involved often suggest something more akin to “she said, he heard.” For instance, what stands out in the recent report on the dismissal of Sujit Choudhry—the dean of law at UC Berkeley and the recipient of a 2010 Trudeau Foundation Fellowship—is the claim by the complainant, his former executive assistant, that he made uncomfortable physical contact with her throughout the workday. Choudhry did not dispute that he had done this. But he claimed that he had hugged and kissed the complainant only once or twice per week—and that she had not voiced any objections to his behaviour. “There was never any sexual intent,” he said, sounding perplexed. What constituted light, innocent touching for him was the cause of an extended stress leave for her.

In Sex Object, her new memoir, Guardian columnist Jessica Valenti illustrates that the tacit dehumanization of women—enabled by a culture that normalizes catcalling and social-media trolling—may also explain why many offenders do not even recognize their own cruelty. The best response we are seeing to such instances of objectification is the teaching of empathy. After male students at Dalhousie University’s dental school were revealed to have been posting misogynist comments about their female classmates on a private Facebook group, administrators initiated a mediation process that brought together both the men and the women they’d denigrated. The participants met regularly over a five-month period, ending in 2015. A subsequently published report indicates that the men did not fully understand why their behaviour was wrong until they were forced to listen to their victims directly. In a moving concluding statement thanking the administration for having put them through the process, they wrote, “We have asked ourselves questions with no easy answers, such as: ‘How did I not notice?’ ‘Why did I make those assumptions?’ ‘How did I let this happen?’”

Alberta judge Robin Camp—who is facing six allegations arising from a 2014 domestic-violence trial over which he presided, and during which he apparently belittled a sexual assault victim—recently underwent sensitivity training. According to his lawyer, this experience left Camp “better equipped to judge cases with the empathy, wisdom and sensitivity to social context to which all judges aspire.” I believe it was a similar sense of awareness that led a former partner of mine to write, after he had seen my last piece on this subject, “I wish that I had heard you better, listened better.”

Until this year, I never thought of myself as living in a particularly revolutionary time. I graduated from university and started working in the 2000s. Notwithstanding riot grrrls and anti-globalization protests, I didn’t think I had seen anything like the social disruption witnessed by my parents in the sixties and seventies. But as our society takes its first steps toward addressing the root causes of sexual assault—through the courts, the media, and the education system—I realize that we may be witnessing a new kind of revolutionary movement.

In the end, we will undoubtedly all be the better for it. But, as with all revolutions, the transformation won’t come without pain. I still approach each new testimonial with a sense of dread, not hope—and find myself asking how many more we’ll have to endure.

Jessica Johnson (@ejessicajohnson) is the editor-in-chief of The Walrus.
Katie Turner