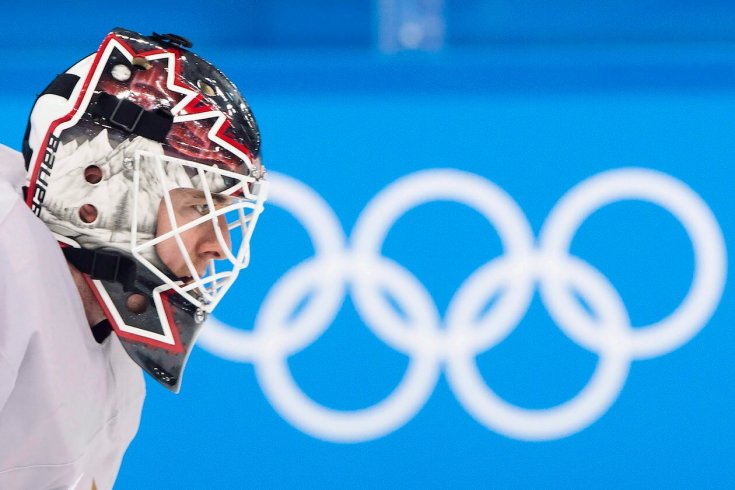 The video clip is over two minutes long, but it’s hard to get past the eleventh second. It’s the third period of a tie game in Kontinental Hockey League (KHL), the second-best league on earth, on October 13, 2016. A player on Metallurg Magnitogorsk, a team from Russia, takes a shot, and the opposing goalie kicks the puck toward the boards, where one of his teammates races to collect it. Battling alongside, left-winger Wojtek Wolski, who was born in Poland but immigrated to Canada when he was four, desperately dives toward the puck. Swinging his stick in front of him, he becomes tangled in the legs of his opponent and, unable to stop himself, crashes headfirst into the boards. He lies prone, unmoving, as the crowd tries to urge him to his feet. In the end, he would require a stretcher.

Wolski was diagnosed with a concussion, spinal-cord trauma, and broken vertebrae at the base of his skull. Doctors and friends suggested he retire from professional hockey. For a thirty-year-old former NHL player who had been relegated to the west side of the Russian-Kazakh border, it would’ve been no shame to listen. Instead, just over a year later, Wolski is preparing to represent Canada in his first Olympic Games.

Between 1988 and 1998, the NHL stopped its players from participating in the Winter Olympics, not wanting to interrupt their schedule for a tournament it didn’t directly profit from. Since then, it’s been common for a player like Wolski—someone who is a fantastic athlete but not counted among the sport’s aristocracy—to be overlooked in favour of the likes of Sidney Crosby and Jonathan Toews. But this year, NHL athletes aren’t going to the Games after the league and the International Olympic Committee (IOC) couldn’t agree on who would cover expenses and insurance for the world’s top players. To those who want to see a showcase of most gifted players in the world, the decision was a greed-fuelled shame.

But it may also be the best thing to happen to men’s Olympic hockey. The Canadian team who will play in Pyeongchang, South Korea, are undoubtedly not as skilled as those who won gold in Vancouver and Sochi. But for the first time in over two decades, the team is also filled with weird, difficult, and so-far unheard stories worthy of an Olympic stage. This is a chance for Canadian hockey fans to reset the framework of our athletic heroes and reconsider what we want from the Olympic experience. With the world’s most accomplished players out of this year’s men’s tournament, the IOC may have unintentionally created the most compelling Games possible.

In June 2004, just days before the NHL draft, Wolski found himself in trouble. At eighteen, coming off a season in which he danced through the Ontario Hockey League, he was projected to be a high draft pick, possibly top ten. The immigrant boy who learned to skate on an ice-covered tennis court near his apartment complex in Etobicoke (now part of the City of Toronto) was about to make it big. Then he went to a house party. The night ended with an eighteen-year-old in hospital with seven stitches under his eye and with a finger pointed at the young prospect.

On draft day, with an assault charge looming, Wolski waited as twenty franchises passed him by. Then the Colorado Avalanche—a team he had idolized growing up after watching them play his hometown Maple Leafs—came to the podium and called his name. Later that year, a judge would dismiss the assault charge.

When Wolski eventually stepped onto the ice for the Avalanche, he made a rare impact for a rookie. At twenty years old, his speed and skill took opponents by surprise. He’d blow past defencemen to the outside and use remarkable vision to create offence once in their zone. He put up fifty points in seventy-six games and looked to be on the path to stardom.

Over the next few seasons, he had similar, if stagnant, success and was traded to the Phoenix Coyotes in 2010. In the desert, though, things started to fall apart. He wasn’t scoring, and word got out that he was a player who “would rather not go to the tough places” on the ice, which is nebulous hockey-speak that could mean anything. A nagging groin injury made proving his doubters wrong difficult. He spent several years bouncing around the league: the Phoenix Coyotes to the New York Rangers, New York to the Florida Panthers, and Florida to the Washington Capitals. Wolski was in a lasting slump.

As he jumped from team to team, Wolski lost his passion for hockey; it was a time when, as he told the Toronto Star in July 2017, he became depressed. He thought about quitting, but he sought therapy instead. All the while, people continued to question his dedication. “Can’t get him out of the tub,” is how his coach described him to the New York media, referring to his penchant sitting in the team’s whirlpool bath. While with the Washington Capitals, the team he signed with in 2012, his scoring plummeted. When his one-year contract ended, it wasn’t renewed, and he opted to leave the league and the continent.

Rejection from the NHL is the common, defining trait among the members of this year’s Canadian men’s Olympic hockey team. Many of them were told, at one point in their careers, that they weren’t good enough to play in the NHL—a devastating reality for any professional hockey player, let alone a Canadian one. And each one of them kept going. There’s René Bourque, a former NHLer currently playing in Sweden, who built a career out of nothing, as an undrafted player, and as a Métis athlete, has supported Indigenous youth in sports in his hometown of Lac La Biche, Alberta. There’s Maxim LaPierre, the veteran NHL agitator who’s trying to get back in the league. Will a strong performance in Pyeongchang get him a job? Even the team’s head coach, Willie Desjardins, is looking to turn being fired into Olympic triumph. These stories speak to us because they’re a model for how we’d like to react to rejection and how we’d like the world to react to our rejected selves.

The previous two installments of Canadian Olympic men’s hockey have felt at odds with the rest of Team Canada, and the rest of the Games more generally. It has nothing to do with their skill or fame; the Olympics have not been about pure amateurism for some time. Instead, the Canadian men’s hockey behemoth that won consecutive gold medals didn’t fit into the narrative of the Games because its athletes, largely, were defined by their successes. Stanley Cups. Trophies. Endorsements. We love the Olympics for many reasons: for some it’s the sense of national pride, for others the thrill of elite sport. But what makes the Olympics so enduring, and the drama so compelling, is that in its actors we see something we recognize—failure, redemption, resilience.

Crosby, Toews, and others from those golden teams have undoubtedly persevered through struggle and failure, although of a different sort than we can understand. Hockey fans see them daily but never really know them. What makes this year’s team so special is precisely the opposite. With these athletes, in bits and pieces, we see reflections of ourselves. The men’s Olympic hockey experience in 2018 will be less focused on the collective and more connected to the personal. Watching the team in Vancouver and Sochi was about affirming a national myth and pushing what we’d like it to mean to be Canadian. It was about celebrating assumed triumph and proving we’re the best. In Wolski, and in many others on this Olympic roster, there’s familiarity despite the distance: failure among the success, complication among the certainty.

The video of Wolski’s injury is perhaps the best example of the beauty of this year’s men’s hockey tournament. In it, Wolski defies perceptions, standing in direct contradiction to the idea that he’s unwilling to risk his safety for the team. His recovery should end any question about his toughness. On January 11, he posted two photos to Instagram, one of his Team Canada jersey and another of him in the hospital, neck in a brace, his left hand, taped with tubes and wires, giving a thumbs-up. “Exactly one year ago today I laid in a hospital bed after having surgery to fix a broken neck. Today, I am so proud and excited to have been named to Canada’s Olympic Hockey Team. I look at the picture of me in the hospital and I can’t help but cry. Mostly tears of happiness, but I am filled with so many emotions about what I have overcome.”

These Olympic Games will create close matchups we wouldn’t otherwise have seen and compelling games against countries that haven’t truly tested previous Canadian men’s squads. The tournament will be more open, and who will stand on the podium at the end is anyone’s guess. More importantly, the tournament will create heroes out of deserving athletes most Canadians have never heard of. We’ll fall in love with someone new, if only for two weeks. The lasting memories of the 2014 gold-medal run did not come from our team but from those we steamrolled: the Latvian goaltender who put up a miraculous performance against the Canadian sharpshooters and the fearless Norwegians who came out hitting and battled Canada to a surprising close finish. This year, it’s our athletes who will surprise us.

When the Olympics go to China in the winter of 2022, there will likely be too much money at stake for a repeat absence of NHL players. Even for organizations as stubborn and greedy as the NHL and IOC, the incentive will be too great, and they will compromise. So if it’s just for this one time, savour this tournament. Watch it. Listen to the players’ stories. It just could be the best tournament possible.