Why I'm Cheering for Donald Trump | The Walrus
Skip to content 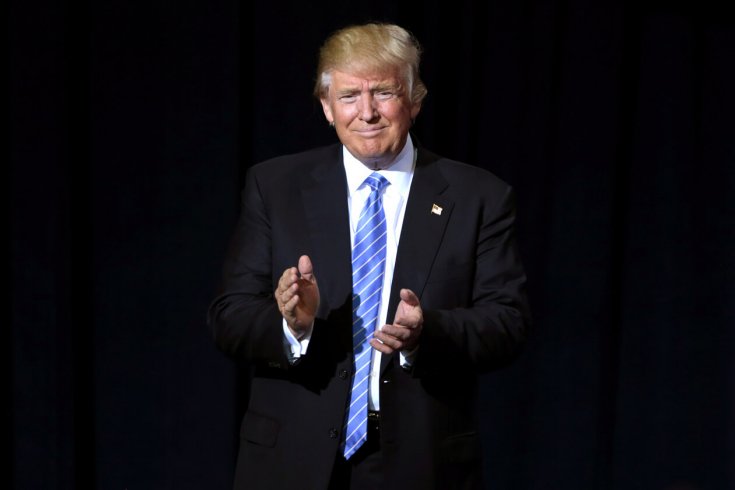 It did not surprise me that most Canadian pundits were left dumbfounded by Donald Trump’s win in November’s US presidential election. Nor does it surprise me that the media and the chattering classes continue to obsess over the alleged influence of Russia in the election, and the future of America under an incoming leader who breaks all the rules of political correctness. Like their American counterparts, Canadian elites are out of touch with the common voters who support Trump, many of whom have to eke out a living in low-wage service or factory jobs. They voted for change, and I believe they were right in doing so.

I was one of the few Canadian writers who predicted Trump’s win, way back in August, much to the chagrin of my left-leaning Toronto friends. When I appeared on a TV news channel following the third debate between him and Hillary Clinton, and suggested that Trump could still win because I believed there were many closet supporters who were too afraid to state their intentions, the other panelists looked at me as if I were the crazy one.

Trump, I believed, was replicating what happened in my city’s municipal election of 2010, which Rob Ford won with 47 percent of the vote. I remember sitting in a CBC studio on election night, watching faces turn white when Ford’s win was confirmed. I saw the same stunned expressions on the faces of CNN talking heads two months ago.

But as I concede in my new book, Underdog: Confessions of a Right-Wing Gay Jewish Muckraker, even I once had my doubts that council’s enfant terrible was mayoralty material. He was not in the slightest politically astute, far from diplomatic, and extremely limited in his intellectual scope.

However, I quickly grew to understand why his populist message of stopping the “gravy train” caught on with those disenfranchised by City Hall. Toronto residents were fed up with arrogant politicians who didn’t care how they spent tax money, who didn’t listen to the concerns of constituents, but pandered to special interests, and who, for the most part, ran their wards like mob bosses.

In my book, I use anecdotes to detail the waste, mismanagement, corruption, and arrogance pervasive at City Hall. The culture of entitlement was so entrenched that no one in the media batted an eyelash—other than at the Toronto Sun—when former councillor Kyle Rae used $14,000 from his office budget to throw himself a farewell party before he retired from politics in 2010.

To the beleaguered taxpayers who’d suffered through several years of such spending abuses—coupled with an incumbent mayor who spent precious tax dollars on his own pet environmental agenda—Ford represented hope and change. I’m not referring to the Obama brand of hope and change but practical, common-sense changes like showing respect for taxpayers, trying to bring spending under control, and leading by example, as Ford did by refusing to help himself to the lavish fringe benefits that came with his position.

Despite the often vicious efforts of the liberal media and Liberal politicians—including Kathleen Wynne before she became Ontario Premier—to discredit Ford and promote their chosen candidate (George Smitherman), a plurality of Toronto residents saw through the endless smear campaign.

Before Ford’s personal life fell apart, and he turned to drinking and crack cocaine, the first eighteen months of his mandate were highly successful. He kept his promises and surrounded himself with principled, like-minded councillors. He managed to contract out garbage service; got a deal with powerful unions without a strike (something that had eluded Ford’s pro-union predecessor, David Miller) and, with the help of capable budget chief Mike Del Grande, trimmed spending and paid down debt.

We all know how things fell apart for Ford—a process that was exacerbated, as I document in my book, by the bullying, the endless court cases, and the integrity complaints against him. As soon as the populist mayor got close to really cutting City Hall’s frivolous programs, the left swooped in, determined to make his life a living hell. Ford didn’t help things in the slightest with his addictions.

Fast forward to 2016, the same year that Ford passed away, tragically young, from cancer. I felt a strong sense of déja vu as I watched the pundits, the liberal elites, and the Hollywood crowd savage Trump.

His win was not—as Walrus editor-in-chief, Jonathan Kay, stated in this space less than twenty-four hours after the November results became clear—due to American voters being “co-opted into legitimizing a rank demagogue” who disgraced America. Or that they lacked the “intelligence and imagination” to process the “apocalyptic fallout” that would occur if Trump kept all his promises about building walls along the Mexican border.

In fact, such terminology—“rank demagogue,” being a prime example—strikes me as shriller than Trump’s own words. To argue that we should be “horrified” that this “unhinged human specimen” would be allowed to take centre stage is to completely miss the point of why Trump, despite his narcissism, his reality-show persona, his flaws and his many unfortunate comments, resonated with voters. Rather, what we have been observing in the US over the last year has been the Rob Ford Effect, writ large.

For the record, I do not believe for a minute that Trump is racist, homophobic, or anti-Semitic—just as I did not ascribe those attributes to Ford. But like Ford, Trump articulates what is on the minds of many—albeit not always in the most politically correct or diplomatic way. I’m referring to concerns about homegrown terrorism, illegal immigrants, and security. Having just flown through the same Fort Lauderdale airport terminal where a crazed gunman killed five people just a few days previously, I can say that those concerns are completely legitimate.

I only wish Kay, and the other liberals who seem incapable of understanding the appeal of men such as Trump and Ford, would read some of the angry e-mails I’ve received from residents of Toronto, and those well beyond the city’s borders, since Mayor John Tory introduced the prospect of road tolls to pay for the infrastructure mistakes of bygone decades. Road tolls may not be a big issue if you’re living on campus, or in a fashionable downtown condo. But they’re a huge deal for most ordinary suburbanites who drive to work.

Donald Trump has yet to even move into the White House. So we don’t know how much he will shake up the status quo, or whether he will have the stamina to pursue even a portion of what he promised. But we can be assured of a few things: His presidency will be like none that came before it, he will not be beholden to special interests, he will not be corrupted by the perqs of office—and the mainstream media that continues to obsess over his inability to play by the rules will not know what hit them.

I will be watching avidly from north of the forty-ninth parallel—not with horror, but with amusement, and a sense of hope.