Beyond a Reasonable Doubt: Part 4 | The Walrus
Skip to content 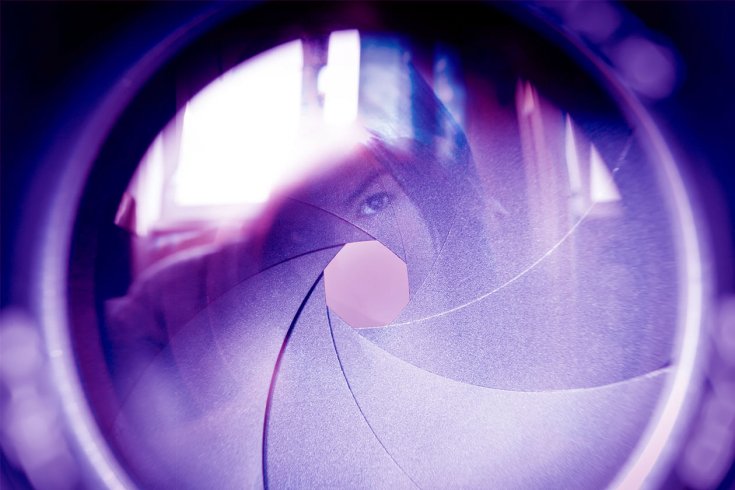 Eight days after Li Peng’s trial ended, on the morning of July 10, 2015, the atmosphere in the Toronto Superior Court courtroom is less tense than it usually is when a verdict is imminent. Staff are laughing and joking. And although I’d seen the defendant’s lawyer Lisa White pacing the halls earlier, she and Li are now chatting cheerfully at the defence table. Across the aisle, the Crown attorney and the officer in charge appear relaxed.

Li’s parents, who weren’t in court last time I was here, sit quietly in the gallery. They are not stylish like their son. Li’s father is dressed in a denim-looking shirt and chinos. His mother wears a grey sweater over a dark floral print dress and is carrying a Louis Vuitton bag in the traditional colours. Her greying hair is pulled back in a bun.

Because the accused chose to be tried by judge alone and not a jury, Justice Robert Goldstein must provide reasons for his decision. He begins reading almost immediately after entering the courtroom. “Even in our hyper-sexualized, social-media driven world, where sexual gratification is just a swipe or a click away, no still means no. Sexual assault is not seduction,” he says. “For the reasons that follow, I find [L.P.] guilty. I reject his evidence. I do not find it to be plausible. It does not leave me in a state of reasonable doubt. In contrast, I accept [C]’s evidence.”

After satisfying this requirement the judge or jury must then ask if “the Crown has proven the offence beyond a reasonable doubt?” If they answer yes, they can, as the judge in this case did, convict the accused.

Goldstein explains that the defence theory of an angry and rejected Cecilia taking revenge made no sense given the nature of her contact with police. “Her behaviour was inconsistent with a desire to see [L.P.] arrested and charged,” he says. “Her behaviour was much more consistent with that of a sexual assault victim who was embarrassed than with a woman spurned and seeking revenge.”

Although Goldstein agrees with Li’s lawyer that the defendant’s testimony was straightforward and non-argumentative, the judge repeatedly characterizes his evidence as implausible. For example, he doubts Li’s statement that he first used the Momo app, on which he met Cecilia, for work purposes. “If that was the case, then why did his profile include photographs of attractive young female models?” asks Goldstein. “I find that he used the Momo app for the specific purpose of meeting young women. It is much more likely that he contacted [C] than the other way around, and I accept her evidence and reject his on this point.”

Goldstein goes on to express skepticism about Li’s claim that he did not have any romantic or sexual interest in his photographic models. “The photos reveal a sexually charged atmosphere—which, I find, was the point. Furthermore, Momo is also used as a dating app. To accept Li’s claim would be rather like accepting some of the more famous spurious claims, of which ‘the cheque is in the mail’ is the most famous.”

In contrast, Goldstein deems Cecilia’s testimony “credible and reliable,” so much so, he says, that her evidence alone can prove the Crown’s case beyond a reasonable doubt. While the judge concedes there were problems with Cecilia’s reliability, especially regarding time sequences, they are, in his opinion, explicable and do not impact on her evidence overall.

In my view, what happened was this: [L.P.] typically used these sessions in order to attract young women to his condo. No doubt some of these women were attracted to [L.P.]’s talent and sophistication. That is why I find [C]’s comment that [L.P.] said it was quite normal for models and photographers to have sex so believable. As I noted earlier, [L.P.] would not exactly be the first artist or musician to do this. I find that [L.P.] tried to have sex with [C] She refused. He pressured her. She resisted, but a slight 100-pound woman may not be capable of putting up strong resistance, even to a man with a knee injury. Of course, [C] was under no obligation to fight back. A simple “no” was enough to convert a refused seduction into a sexual assault. Her plea to him to at least use a condom did not change her “no” into a “yes.” This was a simple case of [L.P]. failing to heed the familiar admonition that “no means no.”

After Goldstein leaves the room, a tense and shocked Li hustles his confused-looking parents out the door. Neither White nor Daniel Brandes, the assistant crown attorney in charge of this case, will talk to me about the verdict. Sentencing has been set for the fall.

I am surprised by the verdict. Based on what I’d seen of Li’s testimony and heard in the closing arguments, I found it hard to understand how the judge could possibly be convinced beyond a reasonable doubt that he was guilty. At that point, I had yet to listen to the full audiotapes of the trial, so I was curious to hear what had made Cecilia such a compelling witness to the judge.

Listening did not provide answers or change my mind. I was still unable to conclude, as the judge did, that Li was lying. I also could not dismiss the credibility issues that White brought to light about Cecilia.

And then there were the photos themselves. As an ex-magazine editor I’ve sat in on my fair share of photo shoots watching both amateurs and professionals before the camera. I found it implausible that Cecilia had magically morphed into a Miley Cyrus clone based on nothing more than Li’s instructions. Her testimony and the Crown’s narrative of the naive young “girl” coaxed into performing sexily for a stranger’s camera struck me as scarcely more believable than the defence theory of the woman seeking revenge on a man she barely knew. If Li’s story didn’t make sense, neither did Cecilia’s.

None of this is to imply that Cecilia’s provocative posing was an invitation to sex, and it bears repeating that White never suggested any such thing. The defence argument was that there was no sex, that Cecilia was not attractive to Li, that it was her that came on to him, that when she was rejected, and that she took revenge by anonymously reporting Li for sexual assault.

Although it went unmentioned by the judge in his decision, White also argued that Cecilia planned on using her email as an excuse should her boyfriend or family find out she’d gone to a stranger’s apartment for a photo shoot. White failed, however, at explaining how exactly the email was supposed to accomplish this.

Where White had more success—in my opinion if not the judge’s—was in revealing a complainant who was far more worldly than the innocent, newly-arrived foreign student Brandes had made her out to be. White pointed out that Cecilia shared Li’s interest in expensive, designer goods—that she and Li had discussed her orange Prada bag, his Hermes belt, and his five homes. “I’m going to suggest a young man like my client was impressive,” White said during cross-examination.

Cecilia responded that as soon as she saw the belt she thought to herself, “It looks fake.”

“What about the five homes?” White asked.

In a case like this, it would not be unusual for the defence to look into Cecilia’s background to see if they could find anything that might be of use in court. White said at trial that the police never took a statement from Cecilia’s boyfriend at the time of the assault, who might have been able to clear up the disagreement about whether he knew she was at a photoshoot. I’m curious as to whether the defence tried to track him down.

Similarly, Li testified that he and White talked to Catherine, Cecilia’s friend from university who had also been photographed by Li, but it wasn’t explained why she was not called as a witness. Perhaps, Li and his lawyer believed the Crown’s case was weak enough that they didn’t need her. Or maybe, they were worried that Catherine might be lukewarm in her support or, worse yet, testify that Li was a lecherous jerk.

After the trial, I emailed both Cecilia and Li. She didn’t reply. He said he would consider talking to me later. But not long after, I learned he had switched lawyers, which is common when a verdict is appealed. He hired Marie Henein, best known for representing Jian Ghomeshi against multiple sexual assault charges. When she took on that high profile case, she told the press, “It is not my practice to litigate my cases in the media. We will say whatever we have to say in a court of law. We will not be making any further media statements.”

The next time I saw Li was at his sentencing hearing in November 2015.