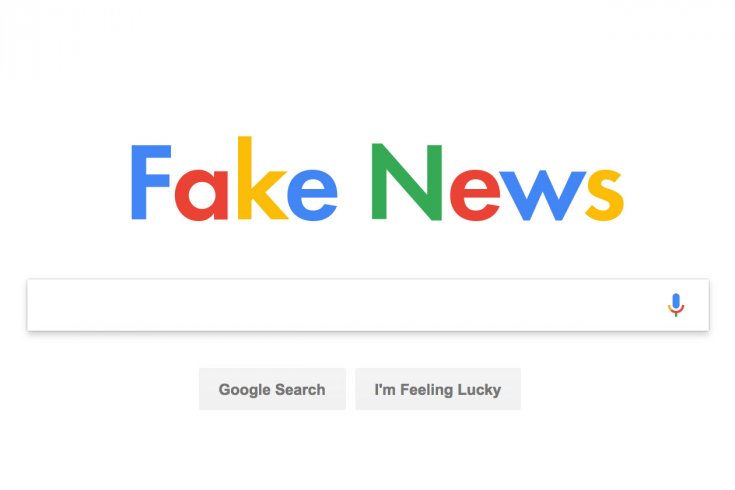 Martin Luther King Jr. was murdered in his hospital room by J. Edgar Hoover and the FBI and not, as is commonly accepted, by a gunman dead set against the civil-rights leader’s crusade. Israel has plans to annex large swaths of Jordan, Egypt, Saudi Arabia, and Iraq. The American military is dispersing heavy metals in the skies, giving the public cancer and asthma. And of course, the World Trade Center buildings were not brought down by commercial airliners but by controlled demolition.

Those are all uncontroversial realities for the Centre for Research on Globalization, a Canadian-based conspiracy website run, since 2001, by Michel Chossudovsky, professor emeritus of economics from the University of Ottawa, who is also one of the site’s most prolific writers.

Back in 2006, the now defunct Western Standard magazine listed him as one of Canada’s “nuttiest professors.” A year prior, B’nai Brith Canada filed a complaint against Chossudovsky to the University of Ottawa for the antisemitism of some of the Centre for Research on Globalization’s online content. (The university did not comment on the complaint, and Chossudovsky distanced himself from some of the content on the site, which he says he did not post and does not condone.)

And yet the site is still around, at globalresearch.ca, churning out stories. While it was once a joke, an example of Canada’s truther far left, the Centre for Research on Globalization has now gained new relevance, situated somewhere in the bizarre alt-right and fake-news ecosystem that has become relevant since President Donald Trump’s rise to power. Website-ranking service Alexa estimates that the site pulls in roughly 1 million page views per month.

On its face, the website looks like a news site. The site bills itself as “an independent research and media organization based in Montreal,” featuring current events, research, videos, and a radio show. (It’s not clear where the project gets its money, though Chossudovsky issued a call for donations in October, citing “financial difficulties.”)But unlike some other conspiracy and fake-news websites, Chossudovsky’s platform, and its tens of thousands of dubious articles and blog posts, is considered a news site by Google—meaning it attracts visitors hoping for an update on current affairs.

There’s an array of keyword combinations that will bring globalresearch.ca into your search results. If you were to search Google News, the search giant’s supposedly reputable news aggregator, for “Iran violent uprising,” the conspiracy website is at the very top of the rankings, sometimes ahead of even the Guardian and CNN. Contrary to mainstream news media’s coverage of the popular protests, globalresearch.ca reported that “the violence has been agitated by imperialist shrills who are spreading fake news that the protests are about regime-change in Iran.”

“World Trade Center September 11 investigation,” for instance, you might find, as I did one day, that Google lists the website on its first page of news results, linking to a December post from Chossudovsky titled “Moving toward a Police State (or Have We Arrived?)”

General Google search results are friendly to the site too. The top two hits for “HAARP,” a Pentagon research project into how to improve radio communications, are Wikipedia and globalresearch.ca, in that order. Wikipedia actually quotes Chossudovsky’s views as an example of the outlandish conspiracy theories about the program, saying he believes HAARP has the “capability of triggering floods, hurricanes, droughts and earthquakes.”

Alexa estimates that fully a third of globalresearch.ca’s traffic comes from search engines. Google picks its news sources the same way it does most other things: through an algorithm. To curate news results, the algorithm singles out and prioritizes stories based on a variety of factors, including how often they’re being shared. “As a result, stories are sorted without regard to political viewpoint or ideology,” the search giant says on its site. Its policies are generally pretty lax when it comes to fake news; its guide for publishers reads: “Sites in Google News primarily offer timely reporting or analysis of recent events.” The guide also says, “Sites included in Google News must not…engage in coordinated activity to mislead users.”

Nevertheless, the search giant says it reserves the right to yank a site’s designation as a “news” outlet for “other misleading practices.” To that end, Google is currently conducting a review of the Centre for Research on Globalization, but the search giant is generally loath to delist sites from its search algorithm or remove sites from its news portal, preferring to let the technology pick the best candidates. When asked by The Walrus about globalresearch.ca, a spokesperson for Google said that “at this time, we do not see anything that violates our present policies.”

It’s not as though Google has never cut out purported fake-news sites. Infowars, the Alex Jones–fronted conspiracy-theory media site turned nutritional-supplement vendor does not appear on Google News at all. In the past year, Google has also tinkered with its algorithm to de-prioritize websites it considers conspiratorial, fake, misleading, or of lower quality, opting to boost more reputable websites instead. Critics have cried censorship, but Google contends that ranking websites is the very core of how its search engine works.

Google’s changes appear to have hurt globalresearch.ca. Alexa shows that the site was among the 12,000 most-visited sites in the world as of early 2017, but it now sits at around 24,000. Data compiled by the World Socialist Web Site—which complains that it was also unfairly impacted by Google’s changes—show that the Centre for Research on Globalization’s website has seen its traffic decline some 60 percent.

Eric Schmidt, the CEO of Google’s parent company, Alphabet, recognized that his company had provided a platform, and thus online legitimacy, to sites dealing in lies and innuendo. Last November, he spoke specifically regarding RT and Sputnik, both owned by the Russian government, which he identified as tools to promote news that could damage the US and NATO. Schmidt referred to their narratives as “weaponized” information.

Google’s plan for those sites isn’t to ban them entirely, it’s to “engineer” the sites out of your feed, as Schmidt puts it. RT and Sputnik are, after all, state-run broadcasters that, with some major exceptions, report on real news, albeit with a heavy slant. “I am strongly not in favour of censorship. I am very strongly in favour of ranking. It’s what we do,” Schmidt told the Halifax International Security Forum in November.

Chossudovsky and his outlandish views may fit into real-news-with-a-heavy-slant category as well. He has appeared repeatedly on Sputnik and RT, as well as on state-owned Iran’s PressTV. He’s caught the attention of NATO’s Strategic Communications Centre of Excellence. The Globe and Mail reported in November that the NATO centre has been investigating whether the Centre for Research on Globalization is part of a system used by the Russian government to sow skepticism of the West, in part by feeding fake and misleading information into Google. (When asked by the Globe, Chossudovsky wouldn’t confirm about any ties he may have to the Kremlin.)

If Russia is using the Centre for Research on Globalization, via Google, to muddy the waters, it’s not a bad strategy. In its annual “trust barometer,” public-relations firm Edelman asked 33,000 people worldwide about how much they trust a variety of institutions, including the media. The study found that just 43 percent of people have faith in the press as a whole. But when asked about individual platforms, 64 percent said they trusted search engines—beating traditional media (57 percent), online-only media (51 percent), and social media (41 percent.)

Much has been made about fake-news websites that were, seemingly, set up in order to dupe unsuspecting denizens of social media into spreading misinformation. Those sites operated in hopes of tricking Facebook users into sharing the fake news—be it for advertising profit or for a more sinister motive, such as sending the former host of The Celebrity Apprentice to the White House. But there’s an argument to be made that Google is the real front line in the fight against propaganda and misinformation. With the focus paid in recent months to fake news and alternative facts, the public seems to be growing wise to the fact that not every link on their Facebook or Twitter feed can be trusted. But when one uses Google, however, one expects a higher quality. That is, after all, how Google has become omnipresent.

But of course, trust in institutions rests on a belief that the institutions are acting in the public’s best interest. To that end, companies such as Google are stuck between a rock and a hard place: leave the suspicious sites alone, and hope people can read critically, and they risk blending fake with real news; try to take down the sites, or push them to the depths of the internet, and they risk spurring claims of censorship.

The former seems like a risky proposition. An Ipsos survey from May found that more than eight in ten Canadians thought themselves adept at spotting fake news, but the poll also found that half of those who participated were unable to separate real news from fake stories.

Then again, nothing would feed a mind like Chossudovsky’s more than the world’s largest internet company taking aim at his website, chemtrails and all.

Chossudovsky’s site already accused Google of censorship after its flow of traffic slowed in 2017, as have the Russian state-run websites and Infowars, among others. Ezra Levant’s far-right anti-Islam Rebel Media ran a $300,000 crowdfunding campaign, alleging that Google-owned Youtube was targeting conservatives through its plan to cut off advertising revenue from some channels and remove fervently racist or violent content from its platform altogether.

There’s undoubtedly value in Google ensuring that citizens do not stumble on racist tirades or baseless conspiracy theories, but there is a trade-off: protecting the confidence of users trying to find information on the news of the day will likely hurt Google’s credibility with those who actually believe the innuendo and nonsense peddled by Chossudovsky and others.

That’s what’s become so hard about the fight over fake news. Even the phrase “fake news” itself has become an issue. Craig Silverman, a BuzzFeed editor who helped popularize the term, wrote last month: “Not being able to focus on actual fake news is a symptom of the ongoing collapse of a shared sense of reality and the related public conversation.” That is, by declaring that their classification as fake news is itself fake news, the peddlers of misinformation, propaganda, and conspiracy are fighting back against efforts to sideline their lunacy. It’s an outcome that we should have seen coming but didn’t.