Why Can’t Canada Get National-Security Law Right? | The Walrus
Skip to content 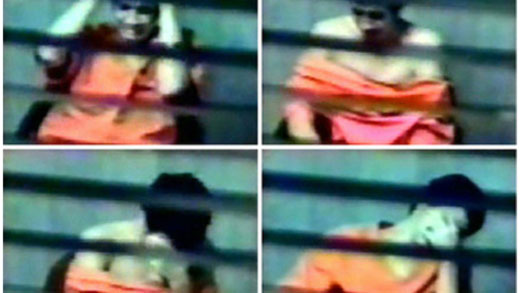 Omar Khadr was held at Guantanamo Bay detention camp between 2002 and 2012, where he was interrogated by the Canadian Security Intelligence Service.

Bill C-51—also known as the Anti-terrorism Act, 2015—has now passed Parliament, and its effect on the Canadian legal landscape will be radical. To update those who have been not been following the debate, here is a synopsis of the bill’s ugliest bits:

Beyond this, we also fear that C-51’s expansive new speech-crime provisions will work at cross purposes with the important (and fragile) counter-radicalization programs that probably constitute our most viable response to the siren call of ISIS. It is not clear that anyone who framed this bill considered the possibility that even the theoretical prospect of speech-crime prosecution might deter those most vulnerable to radicalization from participating in a program requiring them to candidly discuss their beliefs. Unlike UK legislation enacted this year, C-51 fails to place such programs on a firm statutory footing. At a time when the government should be working more closely with Muslim communities, C-51 appears to be pushing them away.

This is not the first time Canada has had an anti-terror law debate. Immediately after 9/11, the government enacted wholesale changes to Canadian security laws that created a bevy of novel new terrorism offences. But in doing so, it did not break from long-standing expectations about the role of government agencies and the Charter of Rights and Freedoms.

C-51 is different: It empowers CSIS to perform any action necessary to protect security—except inflict bodily harm, violate a person’s sexual integrity, or obstruct justice. In cases where CSIS’s actions would violate the Charter rights of Canadians, CSIS can ask a court to provide an exemption through a secret warrant process.

It is true that judges have long been tasked with issuing advance search and arrest warrants. These are secret proceedings with only the government side present. We traditionally have accepted this sort of state intrusion because of the precise nature of the rights affected: Under the Charter, invasions of privacy or detentions are unconstitutional only if, respectively, “unreasonable” and “arbitrary.” The process of obtaining a court warrant allows judges to distinguish legitimate government actions from those that are illegitimate, and thereby preserves the integrity of our Charter rights. But now with C-51, the government has extended this very narrow and specific warrant model to all rights—free speech, free association, right of citizens to leave or return to Canada, habeas corpus, the bar against cruel and unusual treatment. These are rights that, in our system, have not been fair game for a secret judicial warrant—until now.

We recognize that proportionate and reasonable limits on basic rights can be justified, as stipulated under Section 1 of the Charter. But such limits are supposed to be set out in advance in democratically enacted and debated legislation. Bill C-51 does not do this: It is utterly impossible to know which rights might be limited when CSIS comes to Federal Court in secret proceedings. The scope of our Charter rights becomes, in this fashion, something to be negotiated behind closed doors between a covert security service and a solitary judge. We can only hope that the court balks at this new role, which contorts its historical function.

The government wasn’t compelled to embark on this constitutional adventure. Rather than writing CSIS a blank cheque with C-51, the government could have opted for a legislated, closed-list enumeration of CSIS’s new “disruption” powers. This is what the UK did when it legislated powers to prevent citizens who engaged in terrorism abroad from returning to British shores. The merits (or not) of such an explicitly articulated law could have been democratically debated and, if enacted, challenged in Canadian courts—but the process would be open and transparent.

All this would have required the government to do the difficult intellectual work of answering the question: “What precisely does CSIS need to do? ” That is not a question addressed by the government, or in any credible way in the legislative process.

And so we are left to speculate about the underlying logic of the scheme. Part of the answer may lie in findings made by the Security Intelligence Review Committee—CSIS’s assessment body—and court cases. In particular, SIRC strongly criticized CSIS for violating the Charter rights of Mohamed Jabarah when it effectively rendered him to the United States after 9/11. SIRC (and the Supreme Court) also criticized CSIS for participating in an interrogation of Omar Khadr at Guantanamo, where he was denied basic rights. And the government attempted, in essence, to banish Canadian citizen Abousfian Abdelrazik to Sudan, until the Federal Court forced a reversal. With C-51, CSIS now is free to seek pre-emptive permission for these sorts of Charter violations from the Federal Court.

The government could have sidestepped much of the controversy over C-51 by acting on the Arar Commission’s 2006 recommendations regarding the inadequacy of the current security-service review structure. It could have expanded the remit of SIRC and its counterparts. But the government’s eleventh-hour pledge to double funding for SIRC does nothing to address the fact that SIRC still is statutorily confined to the CSIS silo—even while CSIS sensibly works with other security agencies, most of which are subject to no review at all.

And beyond the details, we worry about the C-51 hangover: Will the government’s terror-plot-disruption strategy create further radicalization and blowback among the groups that C-51 is supposed to target? In a 2009 SIRC report, CSIS was less than unequivocal on the question of whether “[CSIS] actions push some people to radicalize.” CSIS was then discussing benign forms of disruption—such as making people aware that they were being investigated. Now the service will be able to do anything other than inflict bodily harm, violate sexual integrity or obstruct justice. History is riddled with examples of heavy-handed state reaction fuelling the very harm it seeks to avert.

C-51’s flawed content is a reflection of a closed drafting process and a disappointing parliamentary mechanism. We do national security law poorly in Canada. In advance of this kind of law, the UK has often issued a discussion paper outlining government proposals, and calling for comments. A security-cleared independent anti-terror reviewer would have seen the bill in advance, offered his or her views, and provoked a government response. A joint committee would have carefully considered the effect of the bill of rights, in a non-partisan manner. The entire parliamentary debate would have tapped into this information, and would have been flush with (more) informed opinion. None of that happens in today’s Canada.

Following the introduction of C-51, hundreds of amendments were proposed, mostly by opposition MPs and senators concerned about the preservation of civil liberties. During an acrimonious, partisan legislative process, only five amendments were accepted—all of them proposed by Conservative MPs, and several of them puzzling, inconsequential or counterproductive. In the Senate, the committee endorsed the bill with no further amendments, appending only soft suggestions for the government to consider.

For all the fanfare around C-51, it is not clear that the government has a real anti-terrorism endgame. It has not responded to Justice Jack Major’s plea, both in his 2010 Air India Commission of Inquiry report and his appearances before the Commons and Senate committees examining Bill C-51, to put someone in charge of the growing anti-terrorism toolkit. An observer might be forgiven in concluding that the government is legislating tactics without a strategy.

As we have discussed at length in a previous article for thewalrus.ca, the new legislation does little to solve many of the complicated police/CSIS coordination problems identified by the Air India Commission. And it creates new systems of incentives that may make these problems worse, reversing whatever progress has been made in curing these issues at the bureaucratic level. Put simply: the famous “deconfliction” problems between RCMP and CSIS operations risk becoming much worse when what CSIS does is much, much more than simply watch people.

The law also ignores the need for a properly reformed, systematically supervised, multi-disciplinary program that counters violent extremism (such as has been recently implemented in the UK). It also ignores recent Australian developments, aimed at making sure someone is in charge of that country’s own rapidly expanding suite of anti-terrorism measures.

Over the last decade, a number of Canadian institutions have considered anti-terror policy. The Arar and Air India inquiries proposed solutions to key problems such as fixing our outmoded national security accountability structure and eliminating the real impediment to RCMP/CSIS cooperation. SIRC repeatedly has noted how its antiquated legal structure prevents it from “following the thread” when CSIS operations implicate other agencies, as they often do. A Paul Martin–era law project and several private member’s bills have proposed viable systems of enhanced parliamentary review. There also have been constructive ideas offered by Senate committees and the privacy commissioner.

In short, it is not as if no one in Canada has been thinking about how to create a better national security system. There are a lot of reasons why C-51 is radical. But chief among them: It changes fundamental features of our security architecture, without apparent attention to everything we have learned in the past. A price will be paid for this type of hubris, both in terms of rights and security.

We do not doubt the threat of terrorism—ISIS-inspired and otherwise. Unfortunately C-51 is the legal equivalent of an unforced error, one that manages to complicate our ability to meet our security challenges, while at the same time causing unnecessary collateral damage to civil liberties that inevitably will result in Charter of Rights challenges.

Craig Forcese and Kent Roach teach national security law at, respectively, the University of Ottawa Faculty of Law (Common Law) and the University of Toronto. Their book, False Security: The Radicalization of Canada’s Terror Laws, will be published by Irwin Law this fall. You can follow their progress at antiterrorlaw.ca, with additional commentary on nationalsecuritylaw.ca and on Twitter at @cforcese.