Why Are We Still Paying for Catholic Schools? | The Walrus
Skip to content 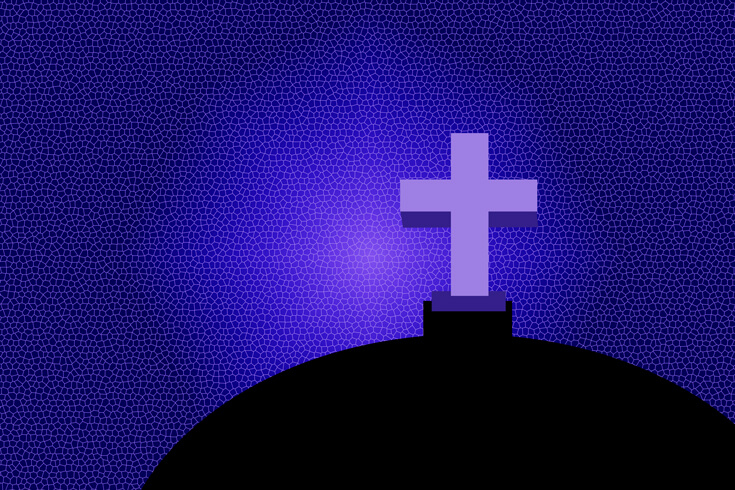 Last October, a Toronto Catholic school board subcommittee passed a motion to update the board’s code of conduct but refused to include protections for gender identity, gender expression, and marital and family status. The trustees inserted a statement affirming, in part, “that all people are created in the image and likeness of God and are deserving of respect and dignity.” According to the Toronto Star, board chair Maria Rizzo—the single “no” vote—said she was “sickened by it, by the hypocrisy, by the homophobia and the fear-mongering,” adding, “We can’t allow words that threaten to stigmatize our LGBTQ students.” Yet her colleagues did just that. It took until early November, and weeks of lobbying, for the subcommittee to change its mind.

The controversy triggered fury on social media. Anger was directed not only at the subcommittee’s initial decision, which contravened Ontario’s Human Rights Code, but also at a system that had trapped Ontario into being one of only three provinces, along with Alberta and Saskatchewan, that still fully funds Catholic education—an education that, critics charge, creates a hostile environment for vulnerable youth dealing with their sexualities. Tonya Callaghan, a former Catholic-school teacher in Calgary, said she resigned after the suicide of a student who, she said, had suffered months of homophobic bullying. In her book, Homophobia in the Hallways: Heterosexism and Transphobia in Canadian Catholic Schools, Callaghan writes that church doctrine makes Catholic schools “hotbeds for homophobia.” She continues: “Within Catholic schools, LGBTQ2 students are treated as though they have a disease that must be ‘cured,’ and LGBTQ2 teachers who are not adept at hiding their sexual orientations are sometimes fired from their jobs or, at best, harassed.”

Barb Hamilton could attest to that. According to CTV News, she filed two human rights complaints against the Calgary Catholic School District in 2018, saying that she was pushed to resign as principal of St. Joseph School, an elementary and high school facility, because of her sexual orientation. Hamilton also claimed that ten students in grade eight and grade nine, believed to identify as LGBTQ, had self-harmed in response to homophobic slurs. In their response to Hamilton’s charges, Calgary Catholic School officials insisted on their commitment to providing “welcoming, caring, respectful and safe learning environments for all.”

“Safety” is a common defense used by Catholic-school boards facing complaints of discrimination, yet examples that indicate otherwise keep mounting. There’s the ongoing battle in Catholic-school districts in Alberta about how to fully accept and integrate Gay–Straight Alliances (GSAs), which promote mutually supportive relationships among students. Greater Saskatoon Catholic Schools was accused, in 2017, of cancelling a dodge ball fundraiser after it learned the money would be put toward teaching young men about sexual identity. And, last January, the Catholic board in Ottawa pulled a book with LGBTQ content from elementary libraries.

Then, of course, there are the instances where Catholic-school officials have organized field trips to attend protests on behalf of the church’s teachings against abortion. Earlier this year, more than 100 students from Red Deer’s St. Joseph and Notre Dame high schools were bussed to an anti-abortion rally held in front of the Alberta Legislature in Edmonton. “I don’t believe protesting women’s fundamental rights is a good use of student time,” said Education Minister David Eggen in a statement, according to CBC News. “Nor do I think it’s the best use of school resources.”

None of this should surprise. It’s inevitable that an educational system based partly on the conservative teachings of the Roman Catholic Church will sometimes be in open conflict with the socially progressive direction of Canadian society. At issue is not whether such schools should exist but whether the rest of us should continue to pay for them.

Signs that the public funding of Catholic schools in Canada might be at an end aren’t hard to divine. Organized religion is losing significance, the Roman Catholic Church’s reputation is at a low point, and government budgets are shrinking.

The origins of the funding system were largely noble. There were historical divisions between Catholics and Protestants, with people from both faiths raised in largely denominational communities. A number of immigrants came from Scotland and Ireland, where those differences had resulted in violence and even war. But, because Protestants were the majority in Canada from Confederation until the 1950s, protection of Catholic rights was vital. The numbers have changed dramatically, however. In Ontario, for example, more than 31 percent of the population is Catholic, 21 percent Protestant. In Canada as a whole, Catholicism is, at 38 percent, the single largest denomination. The idea of safeguards for a besieged minority is arguably anachronistic.

Quebec and Newfoundland certainly thought so. Both passed constitutional resolutions to end religious funding. Quebec eliminated its Catholic and Protestant school boards in 1997, and Newfoundland held a referendum that same year that favoured halting the funding of all denominational schools. Manitoba made the change back in 1890, and because Nova Scotia, New Brunswick, PEI, and BC didn’t have a separate Catholic school systems when they entered Confederation, the constitutional insistence on Catholic schooling didn’t apply to them. Even Catholic high schools in Ontario weren’t publicly funded until the 1980s. So the argument that change is impossible is false.

Whether it’s politically attainable is, naturally, a different issue. In Ontario, with its waves of Catholic newcomers from the Philippines, Vietnam, and China, an attack on funding could be construed as anti-immigrant. Alberta premier Jason Kenney is a devout Catholic supportive of Catholic-school funding. And Catholics in Saskatchewan number around 300,000, roughly a third of the population—a potentially big voting bloc.

“At issue is not whether such schools should exist but whether the rest of us should continue to pay for them.”

Yet the case against funding is hard to argue away. To begin, maintaining separate education systems is costly. A 2012 discussion paper from the Federation of Urban Neighbourhoods of Ontario estimated annual savings of up to $1.5 billion if Catholic schools were absorbed into the public system, doing away with the duplication of administrative offices, curricula materials, buses, and buildings. It’s also manifestly unfair. As far back as 1999, the United Nations Human Rights Committee ruled that Ontario funding Roman Catholic schools while denying full funding to other religious schools constitutes discrimination. Lastly, it’s divisive. While Canada certainly doesn’t suffer under the sectarianism of, say, Northern Ireland, it’s jarring that children should be separated by religion and, on some of the more controversial issues, learn different things and operate in a different cultural climate from the rest of their generation. It’s worth noting that, for the Catholic catechism, “homosexual acts” are still “intrinsically disordered.”

Funding Catholic schools is still important to the Catholic hierarchy, but how much it matters to everyday Catholics is unclear. True, there are parents who send their children to Catholic schools out of continuity, because that’s where they went or because they assume that the discipline and education is superior to that in the public system. Catholic teachers’ unions, of course, support the system because they fear a loss of jobs if it disappears. But I’ve also come across numerous Catholics who lament the system’s lack of religiosity, worry at the number of teachers who are only Catholic on paper, and complain of how many students graduate with little knowledge of their faith. It’s one of the reasons so many private Catholic schools are emerging, where catechism-based classes can be guaranteed.

It’s a difficult issue, partly because to take away what was once given is never politically or socially popular. The removal of funding may have the support of many, but it will also cause pain to those who assumed the Catholic system untouchable. A working consensus has to be developed, and this depends on who will be the first politician to take the leap of faith.