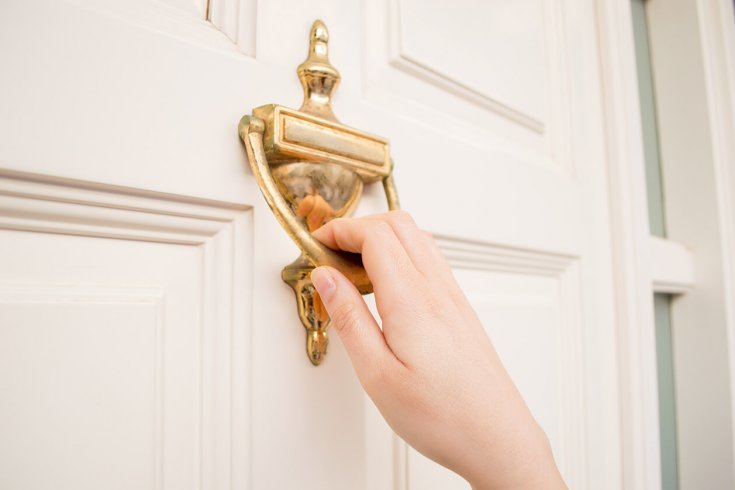 Our hands were covered in cookie dough and crushed dates when the knock on the door startled us. Safa was not expecting anyone but she seemed happy to see two women in the doorway. The pretty blonde extended a hand and told Safa how happy she was to meet face-to-face after their phone conversation. The perky brunette behind her nodded enthusiastically. I assumed they were parents from the nearby school, dropping in to say hello.

It was smiles all around as I introduced myself, but there was no context given as the blonde handed Safa an iPad and pressed play. And that is when it hit me: these nice women who were heading over to the couch to chat had come with a mission in mind. They were Jehovah’s Witnesses, replete with Arabic literature and videos, who were hoping to “educate” Syrian refugees about the afterlife perks of conversion.

Safa arrived in Canada from Syria by way of Jordan nine months ago. She came with her husband, two sons, and a baby on the way. I am part of a sponsorship group that pooled financial and emotional resources to bring her family to Toronto and support them for a year.

In Syria, Safa was married in her teens, quickly had her two boys, and lived with her parents-in-law. Now she lives in downtown Toronto with her husband, Ziad, and their two boys, now four and two. She piles her kids into a stroller that needs an engineering degree to understand, and traipses around a city with temperatures she doesn’t even have a word for—all in a language she barely knows. On a weekly basis, she is bombarded with texts and visits from a group of Canadian do-gooders who breeze in and out of her life bearing gifts, paperwork, and kindly suggestions.

Safa and I were spending the morning making ma’amoul cookies, a traditional date-filled butter variety. My suggestion of using a measuring cup was met with disdain that I didn’t need help translating. Her system of using an empty labnah (yogurt) container worked just fine. We sat on the floor—a bit awkward for this middle-aged Canadian—rolling out cookies while chatting and gossiping with Google Translate as our invisible third. Her toddler ran around causing trouble, while the baby slept in a swing. The experience of baking together was so natural and familiar to Safa; it was the most relaxed I had seen her in months. That is, until the knock on the door.

The two women who sat on the couch didn’t seem to care about Safa’s lack of English, or that she was wearing a hijab and is an observant Muslim. They prattled on about Jesus, never pausing to see if she understood. But with pamphlets and video in Arabic, it was clear this wasn’t their first stop on their conversion crusade—likely a coordinated effort targeting the Syrian newcomers. They then began telling me about the connections between Christianity and Islam, as if all I needed was a little enlightenment and I too would join forces.

I can only imagine what Safa was thinking as I chastised the women for going after a vulnerable population that has an ample sense of hospitality. I kept smiling, as did they, but you wouldn’t need one word of English to understand that we were having a disagreement. When I told them they couldn’t come back, they dropped the facade of generic pleasantness. The blonde practically snarled at me saying that since Safa invited them, they could return as often as they like.

Safa stood there with teacups in hand looking bewildered. Google Translate and I tried to explain about Jehovah’s Witnesses, but a round of charades couldn’t quite get the message across that those nice white women wanted her to abandon her religion—one of the last remaining constants from her life in Syria. I told her that they were selling Christian Bibles.

She nodded at me, smiling, but I recognized the perplexed shrug she gave me. It is the look of resignation when confronted with another ridiculous Canadian habit, such as tobogganing in sub-zero snowstorms, strapping screaming children into car seats, or using measuring cups while baking. She has been in Toronto for nine months and a couple of pretty, white women in her apartment telling her what to do no longer surprises her. Sometimes, I am amazed that she lets any of us past her doorstep.

We went back to our dough, and Safa schooled me for my clumsy rolling technique.