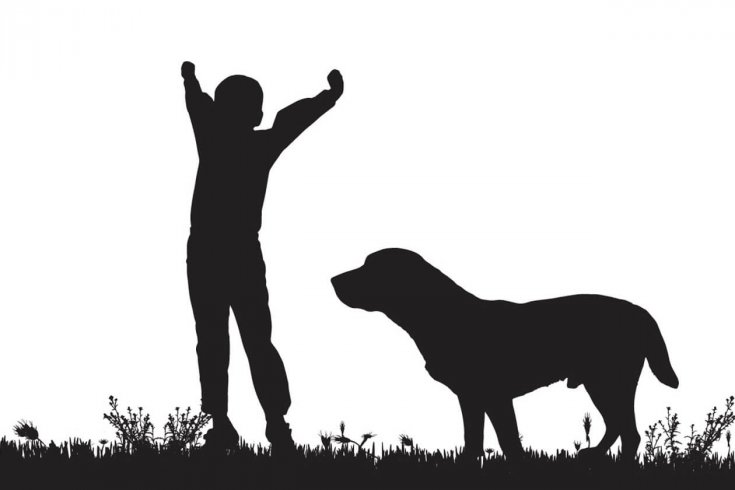 More than half way through the second presidential debate between Hillary Clinton and Donald Trump on October 9, a man in the audience named James Carter asked both candidates if they believed they could be a devoted president to all the people of the United States. In her answer, Clinton brought up the story of a ten-year-old boy who had been adopted from Ethiopia when he was a toddler, and she told how the boy, hearing Trump on TV, had asked his mother: “Will he send me back to Ethiopia if he gets elected?” That boy, Clinton said, is named Felix.

As it happens, that boy is my son. When Felix heard his name that night, he let out a whoop. “That’s me!” he yelled, and his face broke into a gorgeous smile—the same one his father and I had fallen in love with in 2006 when we flew to the orphanage in Addis Ababa to meet him, our eleven-month-old, and bring him home. Those first weeks in the US, Felix was recovering from giardia, an intestinal infection. Even then, with all the needles and tests, and the rapid-fire diaper changes, he was joyful and curious. I lived in a new-mother bliss. I took Felix on long walks and read to him for hours and dug in the dirt with him and made loaves of bread with him. I cared little about what was going on in the rest of the world. His father Jim read endlessly to him, too, and perched him on his shoulders to hike the parks and explore the shorelines of our city’s lakes. Felix charged through those early years boldly, storing up experiences and the words he was learning—“Moon! Moon!” he cried excitedly one night after a family walk when he was eighteen months old.

It was in early 2016, when he was ten, that I first learned Felix was afraid. We were driving in the car, running errands, and he told me that he had been talking with some other brown kids at his after-school program, some of whom had come to the US from other countries, or whose parents had done so. They had all tried to determine which of them would be first to get kicked out of the country if Trump became president. “He’s going to make me go back to Ethiopia,” Felix said. “He said he’s going to kick immigrants out of the country and build a wall around Mexico, and make them pay for it.”

My heart lurched. I felt the way I did once years ago, when my friend Nina and I were letting our kids play in a community garden, and Felix, four years old, ran so far and fast that Nina and I could not find him for fifteen minutes. My child’s safety, I realized, was not in my control. This wasn’t the first time I’d worried about him. He is, after all, a black boy living in the US, and while his father and I wish he could feel safe all the time, we also know it’s our job to teach him to guard against prejudices that can put his life in danger. That afternoon in the car I wasn’t worried that he might actually be forced to leave the country—he was an American citizen and his status was secure. What I worried about was his emotional well-being, his ability to feel safe in his own country.

His father and I tried to talk him out of his fear. We pulled out our official documents and showed him his passport, his Certificate of US Citizenship, a copy of the Green Card he came to the United States with, and the birth certificate issued when his adoption became final. But we got nowhere. A few weeks after the conversation in the car, before his eleventh birthday, Felix said, “Can you write to Hillary Clinton about this?” It was just the kind of bold idea we had long come to expect from Felix . This is the same child who, when he was new to kindergarten and its many rules, took to calling President Obama “The Big B,” and shook his head indignantly one evening, saying, “I need to talk to The Big B about kids’ rights.”

What did Felix hope to achieve by having me contact Clinton? After all our efforts to explain the immigration laws, I don’t really think he needed her to tell him he couldn’t be deported. Rather, he had the impression that Trump wasn’t interested in obeying the law. What he wanted her to know was why she needed to stop Trump.

I knew Felix wasn’t the only child frightened by Trump’s racist rhetoric, and by then my own fear and sadness had turned to anger. I wanted to throw my voice, and my son’s, behind Hillary Clinton. I hesitated to introduce my son’s story into a national debate, but I wanted to teach him that it is good to speak up.

I sent a short email to Clinton’s campaign, quoting just what my son had said to me about his fear of Trump making him leave the US. “That,” I wrote, “is the anxiety created by Trump in the heart and mind of a ten-year-old boy.”

A couple of weeks later, I found a message in my inbox from one of her speechwriters. She asked if it would be okay to use Felix’s story in her speeches. Felix readily agreed. Clinton soon included his story in a couple of speeches, including one at the National Education Association Assembly in Washington, DC, in July. Jim and I showed clips of the speeches to Felix online and asked how he felt about being mentioned. “Heard,” he said. “I feel heard.” I smiled—I could hear my own voice in that phrase; it’s the kind of thing I say all the time.

It meant a great deal to me, as a mother of a black immigrant boy, to hear a leader voice my son’s fears. But I remain frightened. While my white privilege, and his father’s, may extend to our son when he is in our company, we are only temporary fixtures in his life. He will move beyond us into adulthood. He is, in fact, in a hurry to move beyond us. He believes manhood will hold immense freedom for him. He is exceptionally tall for his age. People we meet at the dog park or elsewhere have begun in the last year to ask what high school he goes to, and he loves that, but for me it’s terrifying. I’m afraid that when people see my son what they will see is a black teenager acting suspiciously—because he’ll be acting like the eleven-year-old boy he is. When he is out by himself, playing ball, walking his dog, visiting neighbors—every time he sets foot outside our door without us, I worry.

What I want for him, among other things, is safety, and a strong sense that he belongs here.

So, as pleased as I was to have Clinton mention my son’s story, there was a moment that meant a lot more to me as a parent. It happened during the first debate, back in September, when I heard Clinton say, “I think implicit bias is a problem for everyone.”

Having grown up in the deep South and seen in my travels how alive and well both implicit bias and overt racism are across the US, and having, over several decades of caring about equality, been so frustrated by the reluctance on the part of many white people to talk about race and ethnicity, it was a tremendous relief to me to hear Clinton say that. I was similarly pleased when Tim Kaine, during the vice-presidential debate earlier this month, said that “people shouldn’t be afraid to bring up issues of bias in law enforcement. If you’re afraid to have the discussion,” he said, “you’ll never solve it.”

In spite of Trump’s racist rhetoric, and the open intolerance of many of his followers, what Clinton and Kaine have said about bias suggests to me that this is a promising time; people are talking constructively about bias and race, and that gives me hope.

Tonight, Jim and I and our dog Maddie will crowd onto our little vintage sofa in our attic den to watch the final debate. Felix will join us, too. If there is anything he dislikes, it’s being left out of things adults think are too grown up for him. We love his fierce determination to be part of what is going on in the world, and we’re happy to help him try to change it.

Stormy Stipe has published fiction, poetry, and book reviews in such journals as the Missouri Review, the Texas Review, and American Book Review.