What Will Be the Tipping Point of the Climate Crisis? | The Walrus
Skip to content 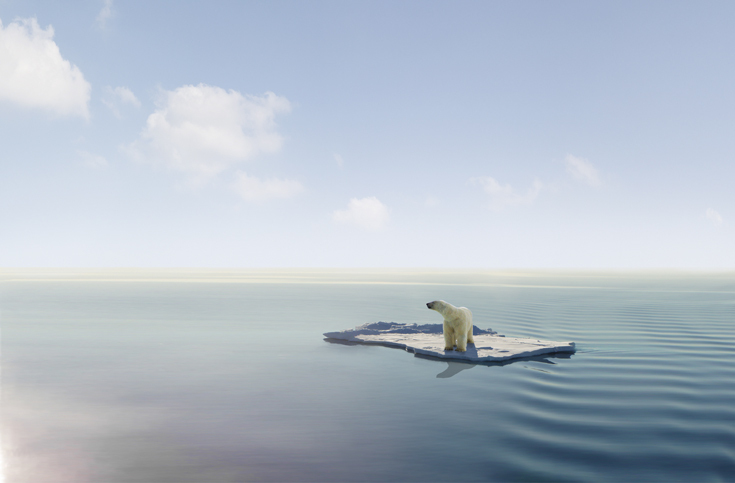 I had high hopes for the Paris Agreement and for international climate talks. I reckoned the agreement between the world’s principal leaders to prevent a more-than-two-degree rise in Earth’s average temperature would keep us inside the limits of risk. Everything beyond that would be a danger zone. But then I met scholars who told me that wasn’t the case—that, at a two-degree rise, all kinds of disasters would already have taken place. I met scholar Joni Seager, who talked about “climate horrors”: desertification and water scarcity and associated wars. I was shocked when I heard this because, in my simplicity, I had believed that we could “stick to” two degrees. And the two-degree goal is not even in sight: the world is heading toward a three- or even four-degree rise. The living world is subject to uncertainty; scientists are attempting to figure out the most complex systems imaginable. We are least certain about the specific tipping points. Think of snow cover on a mountain slope, which holds in place until the exact snowflakes that disturb its balance land, causing an avalanche to come rushing down the slope. The mass holds until the precise tipping point; then it fails, and everything alters.

Water is a good example of a material with clear tipping points. When the temperature of ice rises from minus fifty to minus ten degrees, nothing seems to happen. Nor does anything seem to happen when ice reaches minus five degrees or minus one degree, even though the temperature has changed forty-nine degrees. But just one more degree changes everything: ice becomes water. Antarctica and Greenland are home to the largest ice sheets in the world. We do not know how far off their tipping point we are. Projections of sea level rise could skew by tens of metres. The acidity of the ocean could drop by 0.1, even 0.2 pH without people being able to measure large effects. But add an additional 0.001 value and there may be irreversible failure.

Another tipping point that causes uncertainty is the permafrost in Alaska, Canada, and Siberia. If soil that has been frozen for thousands of years thaws, then microorganisms will come to life that emit nitrous oxide—laughing gas—a greenhouse gas 300 times more powerful than CO2. Methane, twenty-five times more powerful a greenhouse gas than CO2, will also be vented. Simultaneously, we’ll see the oxidation of the once-frozen soil. As much CO2 will discharge as when the wetlands have dried up. These emissions will warm the Earth and release yet more methane and nitrous oxide. If such a process is initiated, all our discussions about reducing our carbon footprint through diet and via flygskam, “flight shame,” will seem completely ridiculous. Such a chain reaction could throw the Earth into a period of complete atmospheric and climatic chaos. The only remaining plan would be to hoard dried food and fasten our seat belts.

The 2018 UN Climate Change Conference, in Katowice, Poland, issued an emergency call. David Attenborough came onstage and was unusually harsh in his words: “If we don’t take action, the collapse of our civilizations and the extinction of much of the natural world is on the horizon.”

For most, it was more buzz, and yet it was still as though understanding, somehow, had begun to take shape. The conference message was clear: humankind has to see to it that Earth’s temperature does not rise by more than 1.5 degrees. A two-degree increase would mean sacrifices that no one could accept.

In connection with the climate conference, I watched a gathering of scientists streamed online. It would be fair to describe the speakers as measured. Their emotions were in check; I thought again of mass apathy versus mass hysteria. A marine biologist came onstage and was particularly upbeat. He said we had to meet the 1.5-degree target because that way only 70 to 90 percent of the coral would disappear and not all, as the two-degree rise projected. He spoke like this was a worthy fight. Despite my interest in these matters, I hadn’t been aware of this. Was he telling me, so very directly, that up to 90 percent of the world’s coral would die out if we reached an almost impossible goal of keeping global warming within 1.5 degrees? Was that knowledge available when people were deciding whether to aim for the two-degree goal? Was there a group of councillors who approved this on behalf of the Earth’s inhabitants? I thought back through the news from recent years and couldn’t remember television and radio broadcasts being interrupted by this decision. I do not remember an election where a nation mandated the elected government to sacrifice the world’s coral reefs. I didn’t recall coral reefs being used as leverage in negotiations: the car manufacturers’ association celebrates victory—the coral reefs had their time.

Why didn’t this become an “event”? I remember where I was when the Twin Towers fell and when Princess Diana died; my mom remembers where she was when John F. Kennedy was shot. Where were you when the coral reef death sentence was signed?

I was at a gas station, planning to buy a foot-long sub, and it was weird: the customers were standing about like they were paralyzed. The TV behind the counter was showing these odd fish . . .

“It’s over,” the clerk told me, tears in her eyes. “The coral reefs lost.”

The marine biologist evidently knew coral better than anyone else, but he wasn’t pulling his hair out and running along the corridors screaming, “ARE YOU ALL ASLEEP? DON’T YOU UNDERSTAND WHAT’S HAPPENING?”

We’re the generation that decided to sacrifice the coral reefs, and they’re but 1 percent of the whole situation. The ocean produces about 60 percent of the Earth’s oxygen when plankton in the sea’s upper layers photosynthesize. No one knows where their tipping point is; getting to that point is a risk no one who lives on Earth can take.

In the fall of 2018, I gave a lecture about time and the ocean, and I was planning to show a video of the turtles in Tobago Cays and share some findings from marine biology about coral death. I’d written that perhaps this meant I was saying farewell to this turtle. Its thirty-five-million-year history was ending because humanity had made the decision that brands and businesses were more important than turtles and coral reefs. Hulda Filippía, my ten-year-old daughter, was in the audience, and all of a sudden, I felt so unbelievably sad. I didn’t want to extinguish this light in her eyes. I simply couldn’t show the video, couldn’t reveal what lay ahead for this beautiful species of animal and for its environment. I didn’t want to tear up in front of an entire hall of people.

Future generations will ask about the values and priorities of the unfortunate generation that steered Earth when the decision was made to sacrifice all the coral reefs. They will look at combustion data and find that the richest nations in the world didn’t feel a need to impose emergency laws regarding waste, combustion, and squandering. The average car in the West consumes two to three times more energy than it should, compared to the best-designed cars—and ten times more than well-designed public transport, and a hundred times more than bicycles or electric scooters. The average refrigerator consumes three times more energy than it should compared to newer, better-designed refrigerators. Production of beefsteak causes ten to thirty times more emissions than production of plant-based foods. They will see these priorities and judge us for them. Short-haul flights between major cities weren’t restricted, even after we noticed their impact. No Marshall Plan for building wind turbines and solar farms was implemented; the world’s engineers were not set challenges like those put in place to send humans to the moon. In fact, there was no restriction on people’s freedom to pollute or release emissions in any way. Nature has almost no rights. Unspoiled nature gets viewed as underutilized raw material. There are no plans to establish legal ramifications for crimes against the planet—for what is called “ecocide,” equivalent to genocide. Ecocide laws would see the prosecution of those who had a role in the destruction of ecosystems; there is currently no accepted international crime of ecocide.

Debates about ideology, arguments between left and right, liberalism and conservatism, will persist. No ideology or law, however, should sanction one generation’s actions when they cause immeasurable harm to future generations, depriving them of so much that is of value. We expect functioning governments to restrict an individual’s freedom to cause others harm; it is a fallacy of democracy if the system does not allow us to think decades into the future in this respect. Business interests and human comfort have been seen as more important than the ocean, the atmosphere, and all the world’s grandchildren—for all time.

In Asgard, the gods made a deal in which the giants would build them a city. Then the gods refused to pay. But they paid a price when the frost giants took action. Today, the world’s glaciers are melting. Enchanted frost giants are set free and plunge into the Arctic Ocean and stream foaming white from the mountains, transforming into waves that crash into city gates.

If we want to save the coral reefs, we must rewind. Experts have deduced that coral reefs thrive in a climate below 350 ppm of CO2. We have far exceeded this limit, have reached 415 ppm. Based on that, we need to immediately brake and return all emissions to their levels from twenty-five years ago. If we are sensible creatures and see we are losing the crown jewels of the oceans, surely we’ll take action, right? And if the frozen cows of the mountains, and the kings of the animals, and the world’s agricultural lands are at stake too? What will we do? Do we require more proof?

Do we still have no idea?

Excerpted with permission from On Time and Water by Andri Snær Magnason (Biblioasis, March 2021).

Andri Snær Magnason is an Icelandic writer born in Reykjavik. He is a writer of fiction, nonfiction, poetry, plays, and documentary films.