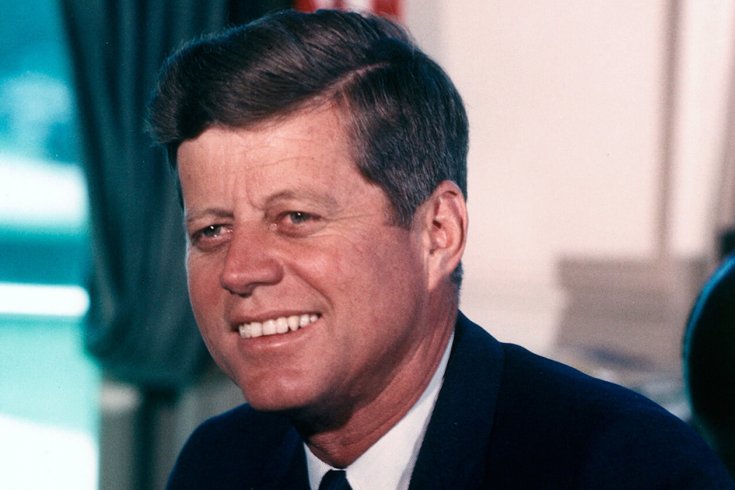 Vincent Bugliosi ranks as one of the most successful criminal prosecutors in American history. In Los Angeles County during the 1960s, he put together a string of more than twenty successful homicide prosecutions, famously capped by the murder conviction of Charles Manson in 1970. In later life, Bugliosi became an author, legal commentator, and, in time, an obsessive John F. Kennedy assassination expert.

Before his death two years ago, in fact, Bugliosi may have known as much about the subject as any human alive. His 2007 book summarizing his more than 30,000 hours of research, Reclaiming History: The Assassination of President John F. Kennedy, comes in at more than 1.5 million words (triple the length of War and Peace, not even counting the 10,000-plus footnotes), It also includes a systematic analysis of just about every JFK conspiracy theory that’s been committed to print over the last fifty-four years. After seven years of ninety-hours-a-week immersion in the subject, Bugliosi determined that Lee Harvey Oswald was the lone assassin, just like the Warren Commission concluded in 1964.

I think about Bugliosi’s seven years in the rabbit hole every time I’m tempted to bound into the hole myself. If this fantastic legal mind thought Oswald did it, after all that research, am I really going to discover anything new? And yet it’s hard to resist, because there’s something about the JFK assassination which always will feel like unfinished business.

It was a few years back, while I was writing a whole book about the psychology behind conspiracies, that I came to appreciate the uniqueness of the JFK assassination as a subject of historical speculation. When it came to 9/11, the moon landing, Air India Flight 182, or the death of Princess Diana, I always have felt confident drawing a clear line between official history and loony interpretations. But JFK was the one that fell into a slightly gray zone. There were so many weird elements—Oswald’s freakish speed and accuracy with his rifle, the physics-defying magic bullet, his odd trips abroad—never enough to prove anything but always just enough to tantalize, to make you take one step closer to that rabbit hole.

We speak about “JFK conspiracy theorists” in broad terms. But the subject is so enormous and detailed in its lore that these people really must be treated as a sort of confederation of conspiracist subcommunities. In my research, I met men (they always were men) who devoted their life entirely to the mob angle, or to Oswald’s time in Mexico, or to events within the Texas School Book Depository.

My own personal interest is centered on Jack Ruby (né Jacob Leon Rubenstein), the mobbed-up lowlife who killed Oswald two days after the assassination, a man who was motivated to give up his freedom for the sake of avenging a dead president.

I’m sure this particular fixation has something to do with the man’s name: Jack Ruby is simply a fantastic moniker. And his other pseudonym—Sparky Rubenstein—was even better. Indeed, it’s impossibly wonderful little details like these that make you suspect, on some unspoken level, that the assassination of JFK was not just an ordinary historical event but rather a scripted cosmic mystery that humans must solve in order to reveal some final truth about the locus of evil.

The wonderful diversity of crackpottery within the JFK conspiracist community has itself become a subject of fascination over the years, even among people who were born decades after the president was shot. On page 1,489 of Reclaiming History, Bugliosi lists no fewer than 214 groups and entities that were alleged to have masterminded the assassination—including the Mossad, “Exiled Czarist Russians,” Joe DiMaggio, and (of course) Ukrainian-born home-movie buff Abraham Zapruder. Bugliosi also provides a list of eighty-two people who are claimed to have actually pulled the trigger—my favourite entry being “Zed,” a supposed Nazi agent connected to Adolf Hitler’s private secretary by way of South America.

As I lamented in my book, modern conspiracist culture tends to be somewhat dull, because the internet allows conspiracy theorists to quickly crowdsource their knowledge and produce a commonly embraced canon of faux-incriminating details. This is why every single 9/11 truther you meet will mechanically recite the same half-dozen well-worn factoids and talking points about Building 7 and the melting point of structural steel.

But JFK conspiracism, which originated in that sweet spot between the invention of film and the invention of the internet, was bred in the isolation of far-flung basements and local libraries—with each obsessive autodidact assiduously conducting and publishing his own research independently and coming to his own eccentric conclusions. For this reason, I believe JFK old-school conspiracy theorists are deserving of more respect than your average modern truther or birther, who calls himself an expert because he can lazily recite a few lines he saw on a YouTube video.

A friend of mine, who inhabits a JFK conspiracist plane of existence that lies, let us say, somewhere between the basement and the main floor—emailed me yesterday, excited about the imminent release of almost 3,000 once-secret JFK files from the US National Archives.

“Guess who now opposes this disclosure—the CIA,” he wrote. “They want the files locked up for another 25 years. Gee, I wonder why, especially given they are so convinced about the conventional Warren Commission wisdom. Fact is, some conspiracy theories are right. Stay tuned! If Trump does release the files, it will be the first time I’ve agreed with him on anything.”

That last line got my attention. This is a man who cheers out loud when he watches Rachel Maddow.

I’m guessing that, like so many other JFK assassination obsessives, my friend was up till all hours last night, sifting through the newly released documents, trying to find a smoking gun that isn’t there—and that never will be there. I told myself not to follow suit—to obey the lessons of Bugliosi. But I couldn’t resist. I went to bed at 2 a.m., my eyes bleary from trying to decipher the text in crudely reproduced typewritten reports.

I only had the chance to look at a fraction of the files. But nothing I’ve seen so far seems to decisively support any of the major conspiracy theories. To the extent there’s value, it’s in the period details. One of the little gems I encountered, for instance, is a November 26, 1963, FBI memo detailing information gleaned from a New Mexico–based informant who grew up in Ruby’s neighbourhood: “States as a child was not closely acquainted with Ruby, but knew Ruby’s father [Joseph] as the neighbourhood drunk.…described Ruby as a person who made his living primarily from ‘scalping’ tickets to sports events.” (The informant’s name is “Lou Lebby,” which, while not quite rising to the level of Sparky Rubenstein, is its own tiny treasure.)

Lebby also described Jack Ruby as “emotional” and “unstable” from an early age. And the released materials casts Ruby as “an extremely stubborn person.” Ruby’s friends didn’t seem overly surprised that he became unhinged after JFK was shot nor that he would do something violent and idiotic like shoot Oswald. According to members of the Jewish community in Dallas, Ruby bizarrely claimed that he shot Oswald on behalf of “the Jewish people.” But it’s hard to know if this is true, because he also was described as a “publicity hound.”

Although there is no conclusive proof that Ruby had clinical mental-health issues, his childhood home life was known to be turbulent. His mother was institutionalized at least once. And Ruby’s behaviour as an adult—including his cryptic statements between the time of JFK’s death and his own death from cancer in 1967—were often quite weird.

And here we get to my own over-looked theory about Oswald himself. It isn’t just that Oswald acted alone, without any help from the Illuminati, the CIA, or Carlos Marcello. The sad, anticlimactic truth is that he probably was acting more from mental illness than any real ideological motivation. It’s risky business to diagnose people after their deaths, but one FBI document released yesterday indicates that even the Soviets believed Oswald was a “neurotic maniac who was disloyal to his own country and everything else.”

This is supported by statements from a Soviet defector named Yuri Nosenko. According to an FBI memo released last night that summarizes Nosenko’s disclosures in March 1964: “Oswald came to the attention of the KGB when he expressed a wish to defect to the [USSR] shortly after his arrival in Russia. However, the KGB, after inquiry, decided he was mentally unstable and informed him he had to return to the United States upon completion of his visit. Thereafter, when Oswald missed a sight-seeing tour he was to make, his hotel room was forced open and he was found with one of his wrists badly cut.”

In 2013, while working on a story for the National Post, I spoke with Oswald expert James Swanson, whose excellent book End of Days: The Assassination of John F. Kennedy provides a good primer on the unsentimental truth about JFK’s killer. “There was not a thing I saw in my research that made me sympathize with him or like him in any way,” Swanson told me. “He seems to have been a lifelong malcontent with a chip on his shoulder. Most of the people who knew him and encountered him in life felt the same way.”

Swanson’s book confirms that Oswald was not only a killer but also a cruel husband and an egomaniac. He was embittered by society and exhibited all sorts of narcissistic delusions about his place within it. (He called his personal journal “Historic Diary.”) Oswald was in his early twenties when he killed JFK, around the time in life that schizophrenia and other serious mental illnesses often become more acute.

For all the billions of man hours that scholars and laymen alike have spent studying the JFK assassination over the decades, this most simple of explanations seem to be the one relative blind spot—even Swanson seemed somewhat surprised when I brought up mental illness in our conversation.

As more of the JFK documents are read and analyzed, I will keep an open mind. Who knows? Maybe some genuinely tantalizing new nugget really will be exposed and will force all of us to reassess our view of the assassination. But as things stand, the small, sad truth is that this isn’t a story about the mob, or Nazis, or Fidel Castro. It’s just a particularly horrifying iteration on the same mental-illness tragedy faced by millions of ordinary people who will never hurt anyone, let alone the King of Camelot.