What Kind of Leader Is Patrick Brown? | The Walrus
Skip to content 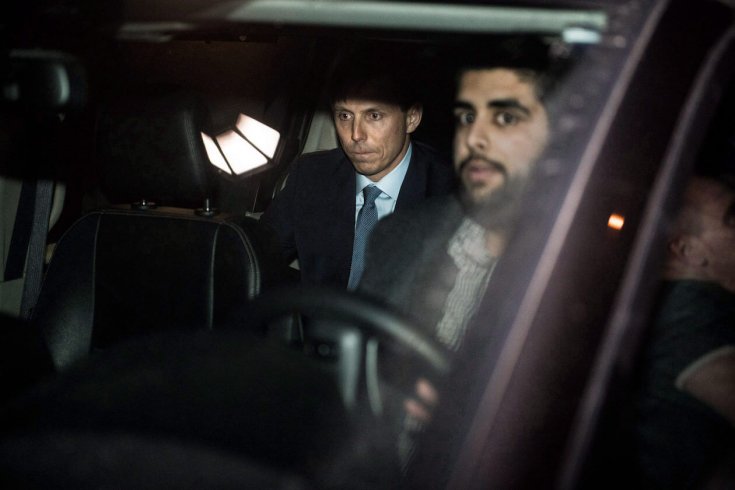 Patrick Brown still doesn’t get it. The former Ontario Progressive Conservative leader came forward this week to refute the explosive sexual-misconduct allegations that torpedoed his position as presumptive premier of the province. (The provincial election is in June.) In an exclusive Postmedia interview published on Saturday, he called the claims “absolute lies” and said that the situation was “an execution before the trial. It’s frontier justice.” This was followed by a Facebook post on Sunday morning, in which he wrote that “no words can describe the hurt and pain suffered by me and my family.” And that in turn was followed by another Facebook post on Wednesday, in which he added, “Here is my message to my accusers-both of them. If you truly stand by your allegations, then I urge you to contact Barrie Police and have them lay charges.…These types of allegations should be dealt with in a proper and fair forum.” Thursday, he announced that he was suing CTV, which originally published the allegations. (In another turn of events, Brown is now denying a separate report that he hadn’t, actually, resigned as leader; developments continue to unfold rapidly.)

Three weeks ago, CTV aired reports from two young women who claimed the then federal Conservative MP plied them with alcohol before cornering them sexually in his home: both women claim that Brown, a teetotaller, gave them alcohol, then took them to his residence, and then engaged in sexual acts. CTV kept their names anonymous, which is common, considering the blowback and nasty commentary women often receive on social media after coming forward. The reports have not been tested in court, and to be clear, Brown faces no charges.

But separate from any legal questions, as a political defence, Brown’s response should concern PC party members eager to let the man rejoin the party fold.

In the first of the three Facebook posts he has published this week, Brown alleged that both women had personal connections with CTV reporters and that one of the women had a personal connection to one of the reporters who broke the story. According to CTV, the outlet “took steps before publication and broadcast to ensure there was no previous contact with any of the journalists that would influence the reporting.” Whether any connections should have been disclosed to the public is a fair question, but it doesn’t speak to whether or not the allegations are true.

Brown, ever the lawyer, launched into his defence against the first allegation by attempting to inject an element of reasonable doubt. When he was in his late twenties, the woman—who initially told CTV she was in high school, and under the drinking age, at the time—claims she and a friend met Brown at a bar. He allegedly invited her to his home and offered drinks. Brown then took her on a tour to the second-storey bedroom, she said, where he closed the door and asked her to perform oral sex. She told CTV, “It was like a controlling thing…like I just remember I wanted to go, but that wasn’t happening.”

The problem, Brown claims, is that he lived in a single-storey basement suite. “I did the math—in 2007, I didn’t live in the home where I had a second-floor bedroom,” he told Postmedia. “It’s just factually impossible for that to have happened.” Brown even provided affidavits attesting to the layout of the building from staff. This, indeed, would be a damning mark against the woman—except that Postmedia reported that Brown purchased a two-storey home in July 2007.

The young woman responded by telling CTV that she stood by the “core” of her allegations but conceded that she was wrong about the date of the incident—that it had, indeed, occurred after she had graduated high school and was of legal drinking age. This is a serious mistake on CTV’s part. Given the allegations allegedly occurred ten years ago, this kind of memory lapse is understandable, but the error undermines one of the most serious allegations: that Brown gave alcohol to a minor. The woman stands by the rest of her claim, in which she alleges sexual misconduct. Brown has called that into question as well, alleging that CTV mishandled exculpatory information provided by a man who knew both Brown and the accuser. CTV reported that this mutual acquaintance had no recollection of the evening; in a later interview with the CBC, this friend said he did not drive the accuser to Brown’s house and did not recall ever seeing the two of them together. (Both CTV and CBC have kept this friend’s identity confidential; CBC said this was at his request, as the man was “concerned for his personal reputation.”)

The second, more recent, allegation concerned a then nineteen-year-old staffer from his constituency office who said Brown herded her into a bedroom after she had been drinking. In her own words, as told to CTV: “The next thing I know he’s kissing me. Sitting beside me, kissing me and then I was, I kind of just froze up. He continued to kiss me and he laid me down on the bed and got on top of me. I remember consciously trying not to move my mouth and I was just not moving, so I was laying there immobile and he kept kissing me.…I felt that it would have gone to sexual intercourse if I had not done anything.” Brown denied anything untoward happened; Postmedia reported that a friend of Brown’s, who was at the party and who the accuser said had accompanied her and Brown to Brown’s bedroom, did not see the pair alone; that friend of Brown’s also said these were “false allegations.” (Postmedia kept this friend’s identity confidential, at his request.) Brown also said that the woman tried to kiss him—not the other way around—and that his girlfriend at the time was in the next room.

In order to understand the problem with Brown’s conduct here, it might be useful to engage in a thought experiment. Let’s assume, for the sake of argument, that the second accuser is lying; call it drunken memory, or partisan skullduggery, or what have you. Assume Brown is telling the truth. This, then, is what is left, based on what the accuser describes and what Brown has not refuted: as a thirty-four-year-old federal Conservative MP, he hit on an eighteen-year-old woman while travelling, tracked her down on social media, and then, months later, hired her to work at his constituency office. Within the year, she was invited to his private home. She got face-smashingly drunk, kissed him, and then he drove her home. Oh, and photos were taken and posted to social media of the debacle.

Would this version of events meet a standard of criminal wrongdoing? Certainly not. But those who want to test the point can feel free to send their teenage daughters over to volunteer at Brown’s constituency office.

(There are no angels in this world, but for comparison’s sake, consider this: I’m a thirty-three-year-old woman with a moderate public profile. Want to know how often I find myself caught at my home in compromising situations with drunk nineteen-year-olds who are in my employ? Hint: fat crickets.

Welcome to the world of being an adult with a career, real responsibilities, and a functioning sense of reality. If you have a more interesting life than me, good on you, I suppose, but do reconsider running for public office.)

At the very least, the parts of the allegations that Brown seems to concede set off the creep alarm. They demonstrate immaturity, indiscretion, and poor judgement. And Brown’s attempts to defend himself reinforce the point. To pursue the thought experiment further: If we assume both women are lying, does Brown not deserve some responsibility for putting himself in such compromising situations in the first place? What if Brown had come forward to defend himself by saying something like: “I don’t believe that I engaged in any sexual misconduct, but I was also this young lady’s boss, there was an age difference between us, and with the benefit of maturity and hindsight, I can see that it was inappropriate for us to be partying together in that environment. I’m sorry if I made her feel uncomfortable, and I hope we can both move on.”

He did not do that. Instead, he has engaged in a full-frontal political assault on the credibility of these women as part of what appears to be a well-organized and scripted media campaign. A little empathy and self-awareness would go a long way, yet Brown has provided us with neither. Instead, what we have is a former provincial leader who ripped a page from the Entitled Dudebro Playbook: Chapter 1, titled “Those Lying Women.” His defence—punctuated on Facebook by ALL CAPS SENTENCES FOR EMPHASIS, no less—is littered with self-pity and legal intimidation.

We have heard all this before. A promising man whose life was torn asunder by the allegations of some unworthy woman. Always, the focus is on the harm done to the man. The women remain invisible.

Patrick Brown was a political leader who made mistakes and chose to enter a compromising situation that could have jeopardized his party’s chances in the next election had he not been forced to resign. For that, Brown has only himself to blame. A leader can serve in his role only as long as he can command the respect and confidence of his staff and caucus. He lost both. Further, his terrible and vicious defence, which assumes no personal responsibility for any of his choices, only emphasizes that his party made the right decision.

UPDATE (Friday, February 16, 2018; 4:19 p.m.): On Friday afternoon, only hours after Ontario PC interim leader Vic Fedeli removed Patrick Brown from caucus, Brown entered the party’s leadership race to replace himself. Brown’s manic redemption tour has dominated news coverage, overshadowing the leadership race itself, which is being contested by Caroline Mulroney, Christine Elliott, Doug Ford, and Tanya Granic Allen. Not only will this move continue to keep Brown, and the allegations against him, at the forefront of the narrative heading into the March 10 leadership convention, they also demonstrate Brown’s willingness to turn the processes of his own party to the service of his personal interests and ego.