What Is Hell? It Depends Who You Ask | The Walrus
Skip to content 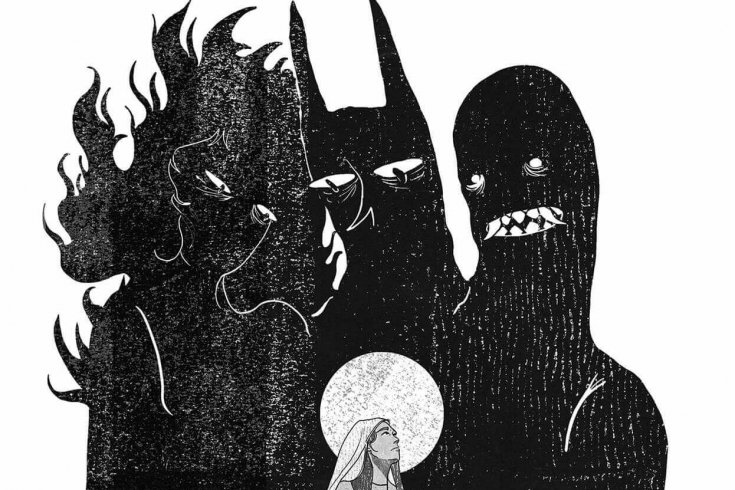 Last March, a story broke that must have had the sinners of the world praising whatever god they did or didn’t believe in: Pope Francis, leader of more than a billion Roman Catholics, had apparently declared that hell didn’t exist. Atheist journalist Eugenio Scalfari, co-founder and former editor of the Italian newspaper La Repubblica, reported that after a private interview, Francis had said that while the souls of repentant sinners “receive the forgiveness of God . . . the souls of those who are unrepentant, and thus cannot be forgiven, disappear.” In other words, it’s game over for those sinners, which is a little depressing, but at least they can expect no post-death punishment. As happens so often with this outspoken pope, however, the Vatican’s communication team quickly stepped in and denied that Francis made the statement at all.

It was not the first time that the idea of hell has been questioned by an influential Christian. Rob Bell, a former evangelical church leader, argued a similar point in his bestselling 2011 book, Love Wins: “Has God created millions of people over tens of thousands of years who are going to spend eternity in anguish?” he asks. “Can God do this, or even allow this, and still claim to be a loving God?” Clearly, the ancient idea, and veracity, of eternal damnation is still up for debate. According to a 2014 survey by the Pew Research Center, only 58 percent of Americans believe in hell, though 72 percent believe in heaven.

Almost all major religions, monotheistic or otherwise, have featured some hierarchy of reward and penalty after death. The specifics are debated—some faiths describe endless torture, others a place for introspection—but the concept of consequences in the afterlife has been a constant. Is our waning attachment to hell, then, a momentary blip, or are believers finally ready for faith that isn’t tied to fear of everlasting agony?

As Nova Scotia–based journalist and author Marq de Villiers explores in his new book, Hell and Damnation: A Sinner’s Guide to Eternal Torment, our ideas around what happens after death have always been in flux. De Villiers’ text is a deliciously cynical analysis of the afterlife viewed from a variety of historical and literary perspectives. He opens with a simple query, “What is this thing called hell?” Though, like any question wrapped up in thousands of years of religious interpretation, it depends on whom you ask.

Hell has had many rulers. De Villiers refers to the “Big Men such as Hades, Tartarus, Beelzebub . . . and the occasional Big Woman” who have been tasked with deciding the unfortunates on the underworld’s guest list. In Christianity, it’s Satan (derived from ha-Satan or “the adversary” in Hebrew) a favoured angel who, after some conflict with God, was kicked out of heaven. He then divided time between hell and Earth, where he has caused all sorts of trouble for us humans.

Though some Christians claim their faith is immutable, many of its interpretations have indeed changed—Satan and hell being good examples. De Villiers argues, mischievously but not entirely unfairly, that Old Nick has gotten a bad rap over the centuries: Satan was originally seen as a more neutral figure within the Church, one who reflected the darker side of human nature that must be struggled against. During the Middle Ages, de Villiers writes, “Satan more and more took on his sinister shape as chief villain and chief prisoner, locked away by God yet with the ability to indulge in unlimited malice.” This change came about partly due to the rise of dissent within the Church. After the Protestant Reformation occurred, in the sixteenth century, certain leaders in the Roman Catholic Church sought to link criticism of leadership with evil. The papacy emphasized the fires and torments of hell for sinners—including heretics—partly because the new Protestant alternative to Rome looked increasingly compelling.

Another theory on why the idea of hell became so prominent suggests that much of Europe’s ruling class—and the church with which they sometimes enjoyed a symbiotic relationship—was terrified that the fear of earthly punishment was insufficient to assure order. But this thesis assumes that the certainty of hell produces good behaviour, and that clearly wasn’t the case—the devil and his instruments, after all, were readily accepted at a time when massacres and murders were common.

Other religions have been less concrete in their approach to damnation. For Buddhists, the closest word for hell would be Naraka—a place where some beings go because of poor actions taken in life. “Buddhists were often indefatigable travellers,” writes de Villiers. “And many of them visited the infernal regions, sometimes out of sheer curiosity, sometimes out of piety, and sometimes apparently just for the hell of it.” Naraka, however, is never said to be eternal, and its residents are free to leave after a few hundred million years.

Meanwhile, Islamic texts describe a place called Jahannam, where sinners will be punished physically as well as spiritually. There is a lot of fire in Jahannam—indeed, in many religions, flames are linked to ideas of purging and cleaning, as well as being bloody painful.

Judaism is the least punitive and precise of the Abrahamic faiths on the issue of hell. Jewish texts instead speak of Gehinnom, which is more like a purgatory—a place where the dead are judged according to their earthly actions and made aware of their failings. Interestingly enough, most adherents to Judaism didn’t even imagine a retributive afterlife until they were exposed to Hellenic ideas around 400 bce. Ancient Greek thought was multifaceted, but the mythology envisaged a gloomy place below the underworld of Hades called Tartarus, where torture and suffering were meted out to a deserving few. When Jews became steeped in Greek culture, they picked up some of these beliefs around retribution, and as the diaspora travelled, its theology was influenced accordingly.

Not all religious leaders spent time thinking of the many ways people could and should be punished. De Villiers writes that some African and Australian cultures were rare in not having any specific language for hell or any concepts of post-death judgment either. “There was really no need,” de Villiers writes. “Sure, the world has a creator, who had to live somewhere, often in what seems rather like a summer resort for himself, his family, and various magical minions, but this had little to do with ordinary people.” In these cultures, there was no “clear dividing line between life and death; these were not mutually exclusive.” What many would consider death was, for them, simply a change, not a finality.

Not long ago, Christians—especially Roman Catholics—were convinced that suicide led to hell. Now that belief is often rejected. This may be partly because people have, generally speaking, become more empathetic, and there is an increased comprehension of the realities of mental illness.

As we understand more of the world, our beliefs tend to change—hell, therefore, is partly a product of us. We see that in the way secular society has dragged more progressive churches—and the Catholic reality if not the ideology—away from conversations about eternal punishment and toward those about the need for voluntary goodness, which, I’d argue, is far more synchronized with the original teachings of Christ.

It’s not that people no longer believe in the difference between right and wrong; rather, hell may have fallen out of favour precisely because people believe in making decisions out of love rather than legalism. And that, if you think about it, is rather heavenly. “The systems we create are therefore our systems, not his,” de Villiers writes, referring to God. “They are infinitely malleable, and require constant vigilance, frequent updating, and unending skepticism from an engaged citizenry.”

But I am, for my sins, a Christian, and I believe that faith is a dialogue. I take a literary and critical view of scripture and appreciate its metaphors and poetry as well as its truth and virtues. Most of the best people I know are atheists and agnostics, and I believe that Christianity is regularly shamed and stained by its hell-believing adherents. I’ve spent the last three years studying for a master’s of divinity, and while I now know more about hell than ever before, I understand it less than ever. Perhaps that’s the way it’s supposed to be.

In a list of hellish possibilities, de Villiers writes of “cauldrons of boiling oil,” a place “full of stench and noise and pain, torment its sole purpose,” and “ever-burning wrath.” He ends, however, with something different: “Hell is just a state of mind, a radical separation from god.” This idea I like. If God is love—and why otherwise would we bother?—surely the worst thing imaginable is to be cut off for all time from authentic, meaningful, selfless love. As to what that love is and how we find it, I’ll be damned if I can give any satisfying answers.

Michael Coren is the author of seventeen books, four of them bestsellers, published in twelve languages. An award-winning columnist, he is also ordained in the Anglican Church of Canada. He lives in Toronto.
Amrit Brar

Amrit Brar is an illustrator and zinester based out of Brampton and Toronto, Ontario. She commonly publishes zines under the moniker Musterni.