What if MFA Programs Turn Good Writers into Bad Ones? | The Walrus
Skip to content 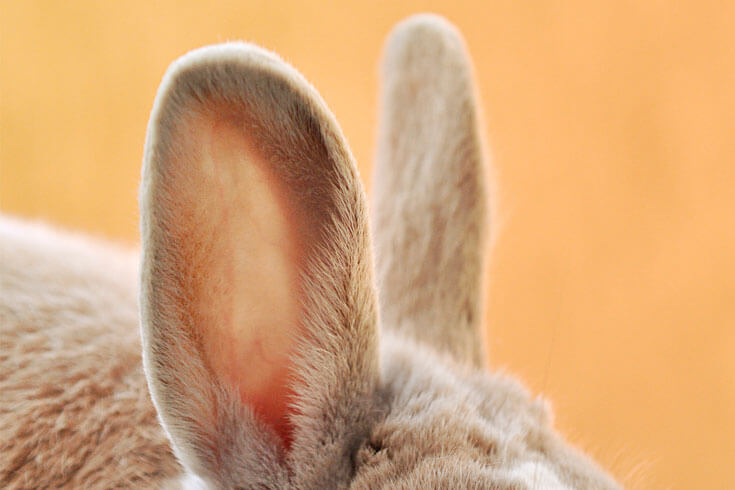 The opening pages of Bunny present two different worlds in close proximity: at the fictional Warren University, sunlight gilds the manicured quad as moneyed students stride across the campus “discussing Derrida and their nose jobs.” Meanwhile, the surrounding town is rife with “seething poverty,” gangs, and whispers of a serial decapitator. Most students are unbothered by the wealth gap, but Samantha Heather Mackey, a scholarship student and MFA candidate more attuned to the local reality, is repulsed by the hypocrisy.

Samantha, now entering her second and final year, has spent the summer staring at a blank page. Her MFA experience is on the decline—“It’s crushing your soul,” her friend Ava tells her. On top of writer’s block, she’s in class with the fiction cohort from hell: a clique of rich white girls obsessed with mini cupcakes, bone-crushing hugs, and cooingly calling one another “Bunny.” With characteristic deadpan, Samantha assigns each of them a nickname—Cupcake, Creepy Doll, Vignette, and the Duchess—though differentiating between group members is hard, given their propensity to move, think, and speak as one.

During the previous year’s workshops, the Bunnies didn’t so much criticize Samantha’s work as refuse to engage with it at all. They gaped at each piece “like it was a baby that just gave them the finger.” When they deigned to speak, they’d say things like “‘It’s very…angry.’ ‘Yes. Abrasive. For my taste?’ ‘Exactly. Sort of in love with its own outsiderness?’” But, this year, the Bunnies appear to reverse course and try to lure Samantha into their fold—first by inviting her to their Smut Salon, in which they read aloud passages from erotic texts (including a memorable passage from Michael Ondaatje’s “The Cinnamon Peeler”), and, later, to their secret off-campus Workshops. In these latter sessions, things get dark: by way of a ritual involving bunny masks and chants, the Bunnies transform live rabbits into idealized iterations of human men—whom they call their Drafts or their Darlings—meant to scratch the relevant itches when they feel “borny” (bored and horny). When the men inevitably bore the group or prove unable to function in the real world (the two things the Bunnies can never properly conjure are hands and penises), it’s time to kill their darlings. In the Bunnies’ hive mind, this conjuring is the ultimate creative act. Against her will and better judgment, Samantha becomes drawn into the group’s cult-like orbit.

Elite artistic pursuits are often cutthroat, but in Bunny, the metaphor is made literal. The everyday terrors of envy, writer’s block, and bad sentences exist alongside supernatural horrors of witchy covens, exploding heads, and ritual sacrifice. These scenes of violence are tucked into the academic setting like skeletons in a closet, tumbling out to raise questions about how the literary economy operates in North America: Can good writing truly be taught? Is the traditional workshop structure—a writer stays silent while her peers lay bare her pages—good pedagogy or licensed cruelty? What people, and what size bank accounts, are allowed safe passage through exclusive academic programs? And, more importantly, what effect do all these factors have on the writer herself? Hopping into the heart of long-standing debates about the literary marketplace, Bunny mounts a cutting critique of the ways that institutions are warped by privilege—and what it means to try to challenge them.

Young women who feel alienated and are under pressure to conform to the impossible are not new subjects for Mona Awad. In her prizewinning debut novel in stories, 2016’s 13 Ways of Looking at a Fat Girl, Awad offered snapshots of Lizzie, a young woman in the GTA who spends her life in the punitive pursuit of the perfect body. In Bunny, Awad explores those themes within the workshop milieu—a setting she knows well, having completed both an MFA in fiction from Brown University and a PhD in creative writing from the University of Denver.

In setting up the action between self-obsessed clique and lonely individual, Awad taps in to a widespread critique of writing degrees: how the institutionalization of creativity risks pruning the liveliest prose into carbon copies. Warren’s writing program, though prestigious, has a reputation for producing work of “high experimentalism.” The work of one Bunny gives an idea of what this often looks like on the page: “unpunctuated vignettes about a woman named Z who pukes up soup while thinking nihilistic thoughts, then has anal sex in a trailer.” Samantha’s work, in contrast, contains little in the way of formal experimentation. To her workshop leader’s dismay, it even features “a plot of all things, oh, dear.” Though the program is meant to give its students the freedom to write, its attitude and methods can act as creative constraints. Samantha finds that she’s actually less productive than she was before starting the degree.

There’s also the problem of the pedagogy itself. Samantha’s tensions with her cohort and teacher are not unique to Warren. In the anthology MFA vs. NYC, an ex-student of the editor Gordon Lish—the man behind the success of short-story writer Raymond Carver—gives a chilling dispatch from the legendary editor’s workshops: “In Lish’s class, you read aloud. You started your piece, and if he didn’t like a sentence he stopped you and criticized you and you couldn’t read anymore.” Students would tiptoe through their stories sentence by sentence, aware that as soon as they landed on one Lish didn’t like, he would shut them down and tear them apart. “There was a lot of tension in the room,” his former student adds. “It was just sick, sick shit.”

Though many of Lish’s students might have aspired to Carveresque minimalism, it doesn’t mean every writer does. Bunny bears out some of these problems: Samantha dreads workshops not just for her peers but also for the professor, an avant-garde icon—campus fangirls clutch Ursula’s “fiercely experimental novels to their chests like witchy talismans”—who is far from a strong mentor. Clad in New Agey smocks, Ursula offers cryptic comments about pieces that Samantha suspects she hasn’t actually read. She spews drivel about work that must “perform the Body,” coddles the Bunnies, and stares dully at Samantha’s pieces “like she doesn’t even know where to begin.” If the program only churns out versions of the same writing, then it’s failing its students—especially ones who want to tell more diverse stories.

MFA programs have long been criticized, most famously by the writer Junot Díaz, for the sameness of their cohorts. Those who can afford to drop six figures on writing time are mostly white and wealthy. The ostensible brutality of the workshop accrues another layer for students from marginalized identity groups, forced to sit in silence as their mostly white peers dismiss stories they may not understand—“angry” and “gritty” and “authentic” being classic fallbacks for describing work that strikes them as somehow “other.”

Though the homogeneity of the Bunnies might be exaggerated, its effect on Samantha’s process is very real. Her creative blockage shows the near impossibility of trying to write when every part of the academy, including her peers, subscribes to a level of privilege she can’t afford. Awad remains compellingly vague about the axes along which this privilege operates. Samantha is, in many ways, a cipher about whom we get very little physical description. She’s very tall, with dark hair that Ava calls her “bitch curtain,” and she pointedly avoids a mirror at least once. All that’s explicitly stated is that Samantha and the Bunnies are from very different income brackets, but sprinkled throughout their interactions are clues that their inequalities may extend beyond wealth.

For example, Samantha is struck by “the microaggressive manner in which the Duchess” straightens a book stack—microaggression being a term for targeting someone based on membership in a marginalized group and an odd word for describing this particular action. During one secret Workshop with the Bunnies, they stare hungrily as they wait for Samantha to sacrifice a rabbit, and she feels their eyes “plundering whatever pain and want they imagine lives” in her soul. The expectation that marginalized writers must perform their supposed trauma, reinforcing the assumptions of white readers, is deeply ingrained in the literary market. It all comes back to that hunger for authenticity, for grit. “She’s not like us,” Cupcake says of Samantha, in mixed envy and pity. “She’s seen things.”

Warren loves to champion its fiction students as the university’s “first all-female cohort,” as if they are a beacon of progressive change. The Bunnies happily promote this image, wielding their performance of female artistry while careless of the damage—“We were just these innocent girls in the night trying to make something beautiful.” This is sharp work on Awad’s part: in skewering the Bunnies’ artistic practice, she mounts the most vicious critique of white femininity in recent writing. Their trauma-based work is all about “The Body” and desire; it knows nothing of ethics or politics. They aim to subvert “gender narratives” and “the patriarchy of language” because, snug in their privilege, that’s all that art must ever be about—gender and form. They write “postfeminist dialogues” and “performance piece[s]” recapping their (very hetero) sexual exploits. They objectify nonwhite men, desiring a Draft that’s “Other but a not so Scary Other,” though they are performatively woke enough to call out this behaviour as problematic. They say that trauma helps “feed the Work,” though every painful “Owie” merits the self-care of tiny cupcakes. They talk like they’re regurgitating pumpkin-spice everything, a tarot deck, and the incomplete works of Rebecca Solnit. If asked, no doubt they’d describe their feminism as intersectional.

Speaking about the novel, Awad points out the monstrous flipside of cuteness, the idea of sweetness “that’s also hateful and terrifying.” In Bunny, it’s literally violent. People die. For a while, Samantha loses herself entirely—brainwashed by the clique, she becomes eerily Bunny-like herself. Though the novel’s supernatural logic sometimes feels a little thin, it transmits the message: the bubble of the literary economy can feel impossible to puncture. Becoming one of them is almost easier than trying to beat them.

Awad leans into full-out horror to highlight the pretention—and the apolitical bent that can literally kill—of the work that still gets championed by literary institutions. If people are truly committed to diversifying the canon, they need to learn how to spot a Bunny. Just because it’s white and perky, it doesn’t mean there isn’t a glint of death in its eye.

Crucially, Awad makes clear that even though Samantha isn’t at home in the program, she remains the superior artist of the bunch. Of the various characters conjured by the Bunnies in Workshop, hers are the most believable; her drafts pass most successfully as real people. The toxic clique might be named for an animal that’s famously procreative, but by the end of the novel, the Bunnies have made nothing of value, and it’s the “angry” outlier who is artistically fertile. The literary world must let the outsiders in—there’s nothing to lose but bad writing.

Tajja Isen has written for Longreads, BuzzFeed, and Literary Hub. She is the Knight Senior Fellow at The Walrus and a contributing editor at Catapult.

Tajja Isen has written for Longreads, BuzzFeed, and Literary Hub. She is the Knight Senior Fellow at The Walrus and a contributing editor at Catapult.
X