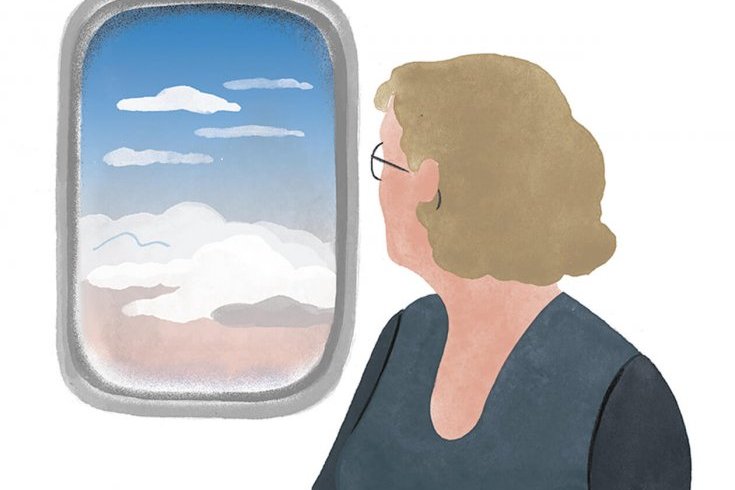 One morning fifteen years ago, in London, I woke to thirteen missed calls. I assumed they were from an ex-boyfriend who often randomly invited himself over after the pubs closed. I didn’t bother to listen to my voicemails until after I had drunk my first coffee. To my surprise, the messages were from my sister back in Canada.

“Jodi! Something has happened. Call home.”

Then my mom left the message that changed my life.

I sat at the kitchen table, stunned. I tried to call my sister back, but she didn’t answer. I turned to my best friend, Stuart.

“Stuart, my dad’s dead. He was murdered.”

Stuart rushed over to my house. While my siblings eventually filled me in on what they knew, Stuart booked tickets for us both to fly home.

At the time, few details of the crime were known (and, in truth, few would ever come out): I found out that my dad, on vacation in Arizona with my mother, had been shot in the parking lot behind a restaurant. The security tape, which my mother was forced to watch, showed the whole thing unfolding in just seconds. The prevailing theory remains that the killing was part of a gang initiation; my father was literally in the wrong place at the wrong time.

I was chosen for security checks on each leg of our trip to Toronto. One of the times it happened, I was sobbing so hard I could hardly hold out my arms for the security guard to run the metal detector around my body. “Why me?” I sobbed. The security guard tried to explain: “It’s just random. It could be anyone.” I argued and insisted through my tears, “But why do these things have to happen to me?”

Before my father’s death, I had not considered that my life philosophy had been tinged with a kind of untested faith: faith in God looking out for me even though I am not religious, faith that I had a guardian angel even though I am Jewish, and an unwavering belief that good things happen to good people. Over the next few hours of the flight, Stuart, who happens to be a licensed clinical psychologist, helped me to see a new way of looking at things: existentialism. I was newly aware of living in a world where random chaos could govern events, where bad things could happen to good people. Stuart told me that whoever murdered my father did not value life. I quoted him in my eulogy at the funeral.

My dad loved life. As the owner of our family’s shoe store in Hamilton, Ontario, he was a much-loved figure around town. He always told me that a good salesman sells himself and not his product. I remember watching him sell a pair of heels to a woman who was excited to dance at her granddaughter’s wedding. A slow song came on the radio, and my dad danced with her to check that she was comfortable.

I was lucky to have Stuart to help me process my father’s death. It took years to come to terms with my mother’s reaction; she has refused therapy, suffers from frequent panic attacks, and now, when life gets messy, lashes out with “I told you so.” It’s hard to argue with a woman who went on a holiday and came back with her husband in a coffin. The wisdom, as I have come to see it, is that nobody is prepared for tragedy, because tragedy comes out of the blue. Losing my dad suddenly and violently made me realize that fearing death can accidentally turn into fearing life. Sometimes, I still find myself shaking in fear of the what ifs. But my responsibility is to make sense of things and move forward. I hear my dad’s voice offering words of reassurance: Jodi, it’s not a problem till it’s a problem.

Jodi Singer is working on a book of short stories. She lives in Toronto.
Tallulah Fontaine