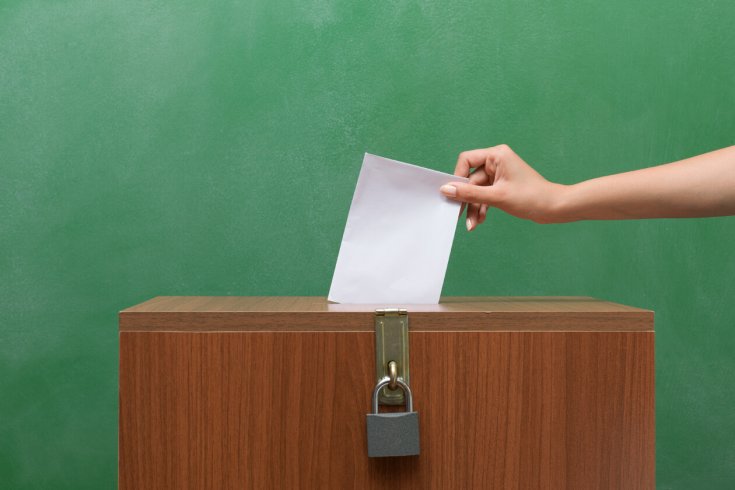 This June 7 marked election day in Ontario and also the end of one of the most tumultuous campaigns in living memory—one in which I’d participated as an MPP hopeful. That evening, I waited for the election results in the living room of a friend’s large house in the Annex, the leafy Toronto neighbourhood at the heart of my riding. The results came in lightning fast. Campaign volunteers eyed me carefully, waiting for my reaction. It was a resounding rout.

As I stood to concede defeat, however, I wasn’t sad. I was overcome with a sense of gratitude. I had taken part in one of the most essential parts of Canadian democracy. I’d been a candidate in a provincial-election campaign. Now, reflecting on my year-long journey to try to become an Ontario MPP, I can genuinely say that it was one of the best adventures of my life. What’s more, it’s a path I hope more of us, from ever-more different walks of life, tread.

The path to public office is hard for anyone. One hundred and twenty-four candidates in the last provincial election won, but roughly 700 lost. This path can be especially hard if you identify outside the mainstream—if you’re a member of the LGBTQ community, a racialized person, a woman, a person who can’t take the financial, or even reputational, risk of running for office.

In a recent interview with David Letterman, former US president Barack Obama talked about successful people not recognizing that they are also the beneficiaries of good luck. He urged Americans who have been successful to “sprinkle that stardust on other people” so that they, too, can share in success. I’ve always thought if we listen to his advice, and essentially pass along our privilege to others, society will ultimately become stronger and more resilient.

I have done nothing to earn my inherent privileges—all were pure luck of my birth. I have long felt it is my responsibility to repay this luck by passing along my privilege through mentoring young professionals and volunteering in my community. In a wonderful coincidence, just two days before the election, as my team and I were out for a late-night drink, a young woman visited our table to tell me that, about a decade earlier, I had helped her to land her first job in public relations. She wanted to tell me that she’s now a vice-president at a thriving Toronto agency, and she now passes along her good fortune to others—sprinkling stardust on ever-more people.

When I first began to canvass the downtown Toronto riding of University-Rosedale last summer, most people at the door were surprised to see me out so early—almost a year ahead of election day. In a campaign, there are three critical assets: volunteers, donations, and time. Of those, the only finite resource is time. So out I went. But, as there was little to discuss on policy proposals at that point, most people took the opportunity to ask questions about me and my background.

In response, I told them about my career as an executive in the private and non-profit sectors. I told them about my extensive track record as a community volunteer and about my family, including my university-aged stepson and my twin daughters, who were in kindergarten. I shared how, in two short decades, I had accumulated experiences in the private, public, and non-profit sectors, which I believe to be essential for an effective public servant.

Telling my story repeatedly made me appreciate how easily I accumulated experiences over two decades. I had worked hard and moved quickly up the volunteer and professional ladders in communications and public affairs, building an enviable network of friends and associates. Many of these friends already knew how to navigate the political world and were able to steer me in the right direction once I decided to run, in February 2017. My career also let me build the nest egg I needed to forgo my income while pursuing public office. Add to this a supportive spouse and I had everything I felt I needed to leap confidently into a campaign.

Not everyone has this well-marked path, to say the least. I was lucky.

But if we want to make politics more diverse and more effective—precisely because of that aforementioned diversity—we need to create wider pathways to public service so that more and different people will consider a career there. For instance, if community engagement is a first step to political life, then creating more opportunities to volunteer is critical.

We can start by supporting initiatives that promote diversity on volunteer boards. One good example of an organization that’s working to do this is DiverseCity onBoard, a national program that provides governance training and matches individuals from under-represented groups with organizations, such as non-profits and public agencies. Greater inclusion is needed on everything from corporate boards to those that oversee museums, parent associations at schools, charities, and more. Increasing diversity on volunteer boards is only a start—and needs to be complemented by diversifying corporate boards—but it’s a good one.

Back on my riding’s doorsteps, residents often moved beyond my CV and pressed me on more personal questions. Some of these were jarring. How old am I? What does my husband do for a living, and how could I, as a mother of young children, pursue public office? What would happen to my twin daughters if I won?

I still can’t fathom a man being asked these questions.

With more women vying for public office (indeed, all three major parties fielded women candidates in my riding, University-Rosedale), I hope these questions will shift to professional qualifications rather than personal circumstances.

These front-door conversations were always polite. Social media, on the other hand, was a very bad neighbourhood. Throughout my campaign, online harassment became routine: hostile and aggressive tweets, mean remarks made about my appearance, and many other hurtful comments were directed my way online. I had to learn to put my phone down, breathe, and refrain from engaging. In time, I learned to respond to genuine questions and concerns but ignore troll-like behaviour. As much as I first wanted to defend myself online, I also knew it was a waste of energy and time.

My suit of armour to survive this onslaught (mild compared to what already-elected officials endure) was the love of family and friends. I had already built a network strong enough to withstand these assaults: I knew that, no matter what was said about me online, people in the “real world” already knew my worth. My reputational risk was low—that’s not what worries me.

I’m more concerned that I personally know many capable people who have decided not to pursue office because of the harsh online treatment of public officials and the glaring media exposure of once-private lives. The real tragedy here is that we’re losing potential political talent before they even get a real chance. Public scrutiny is part of the political process, but harassment and online abuse should not be. If we cannot stop that harassment, then we must work harder to help people who want to enter public life learn to manage this seemingly permanent part of the political environment.

While the path to public office can be fraught with risk, the good news is that we are seeing more diversity in the candidates who are contesting elections. In Ontario, this most recent provincial campaign saw record numbers of women running as candidates (and have now taken their seats in the Ontario legislature). What’s more, a notable number of millennials were also elected. And my own party—the Progressive Conservatives—did a successful job of recruiting candidates from visible-minority communities. Where once we had six women in caucus, today we have twenty-five. If this election is the acceleration of a trend, then it is promising.

But we’ll have to be both deliberate and vigilant to make sure this uptick becomes a sustained trend. We don’t need only more women in politics, we also need an even broader span of diversity, including age, income, gender, sexual orientation, ethnicity, professional experience, and more—so that the corridors of power truly reflect our society as a whole.

Gillian Smith is a Toronto-based executive, board member, volunteer, and mother of three. In 2018, she ran as the Ontario Progressive Conservative Party candidate in the riding of University-Rosedale.