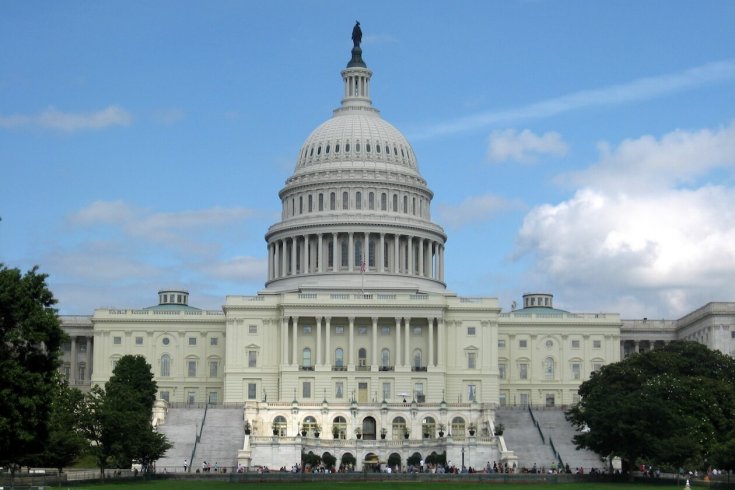 After weeks of secret deliberation, Republicans in the US Senate have revealed their changes to the bill that promises to replace the Affordable Care Act (ACA)—and, while they had promised significant changes, it looks a lot like the bill that passed Congress early last month. It seems that Republicans in every branch of government have begun to realize that healthcare is a very complicated issue to deal with. But the complexities of healthcare don’t simply provide building blocks for future policy lessons—they teach us lessons about our society, ourselves, and the differences we possess.

The Republicans have expended monumental effort to repeal and replace the ACA—President Obama’s landmark healthcare bill from 2010 which strove, among many things, to reduce total health system costs, increase access to care and services, and provide Americans with the type of coverage that would eliminate discrimination based on pre-existing conditions. A large part of the Republicans’ reasoning, as articulated by House Speaker Paul Ryan, has been that “government shouldn’t be (this) involved in people’s healthcare.” It comes back to their party’s notion that the role of government is to follow the path of least intrusion. However, for those of us who practice, follow, and believe in the principles of behavioural economics, this is folly. Behavioural economics studies the effects of psychological, social, cognitive, and emotional factors on the economic decisions of individuals and institutions and the consequences for market prices, returns, and resource allocation. The health and social policy literature is littered with examples of people needing “nudges,” and of social experiments where we see clearly that individual decision-making is shaky and tenuous.

Part of this has to do with health literacy—an area of healthcare that is woefully ignored. Health literacy, as defined by the US Department of Health and Human Services, is “the degree to which individuals have the capacity to obtain, process and understand basic health information and services needed to make appropriate health decisions.” It’s hard to decide what to do when you can’t understand what you’re reading and you lack prior experience to guide your decision-making. So, we know that people do not always make healthcare decisions that are in their own best interest, and in some instances, they don’t even make decisions better than someone else can do for them. Conventional examples help to illustrate this concept: people still smoke, lead sedentary lives with minimal exercise, and consume diets rich in fats and added sugars. On their own, let alone collectively, each of these behaviours is clearly not in the best interest of the individual. Other people—a clinician or a loved one, for example—could make a better decision for the individual concerned. But public vaccination programs are also an example of this. People don’t always get a flu shot or an HPV vaccine. Whether it is a literacy issue, such as not understanding the importance of vaccinations, or simply making a bad decision for other reasons, the decision or “nudge” to vaccinate needs to be made by someone else.

However, the mistaken idea that people are the best judges of their own health remains a tenet of our approach to healthcare, and it helps explain the debate south of the border. People make bad decisions. This is not an exhortation for extreme government involvement in all aspects of healthcare; it is an acknowledgment that, intentionally or unintentionally, countries that have some level of essential benefits and services set out by the government may be onto something. We need to accept that people bring biases to decision making, and that those biases may be a function of many things—including one’s inability to understand what they are being told.

Those same risk pools now have an exodus of healthy members, but they retain their sick members. Eventually, a significant majority of healthy people have left. The insurance companies now start paying out claims at a higher rate than the premiums they’re collecting. They raise premiums the following year to offset their anticipated losses. And when they raise rates, the sick people can’t afford their new insurance policy so they go without insurance.

In health economics, we have what we call “indifference curves.” We define this phenomenon as the scenario in which a consumer’s utility or preference between two goods is of equal value. That is to say that the consumer has no preference for one combination or bundle of goods over a different combination on the same curve. In other words, there is a point at which health-care consumers ought to be indifferent between buying insurance and paying a penalty if they don’t, such that they do buy the insurance. The irony is obvious. In the field of medicine and public health, we are taught from our early days to focus on caring and treating people with respect and dignity. Instead, sometimes not caring—being, in fact, indifferent—just might be a big part of the solution.

It’s hard to take something away once you’ve given it to society. It’s even harder when you have no back up plan. This is true of the entire Affordable Care Act, as Republicans are finding out. It’s not easy to make a piece of legislation that contributes to an industry responsible for almost 20 percent of the US’s gross domestic product (GDP) go away. But it’s also true of the individual elements and clauses within the act itself. Pre-existing conditions: don’t touch that! Children covered on their parents plan until the age of twenty-six: need it. Federally established essential health benefits and services: an absolute must. If Republicans are to succeed (or, for that matter, if any political party in any jurisdiction is to succeed in this type of bold attempt to overturn existing legislation), the focus needs to be on “building upon and improving” instead of “repealing and replacing.” This is as much a lesson in communication as it is about navigating the corridors of power. By using words like “repeal” and “replace,” there is a palpable sense of a void. And with it a connotation that is inescapable: that repealing and replacing implies I must give something up.

To be clear, the use of different words probably would have made a very minor impact. There still needed to be an actual ‘plan’ that made sense. However, the behavioural sciences have taught us for decades that taking things away or giving something up elicits a very strong reaction in people. It’s called “loss aversion,” and empirical studies have shown that it’s about twice as powerful psychologically as the prospect of gaining something. Those same behavioural sciences have also taught us that language and words can be critically important drivers of behaviour. It’s bizarre that a President who has arguably used psychology and communication as effectively, if not better, than anyone else who has occupied his seat missed this one.

The great martial artist and philosopher Bruce Lee said this of water: “When you pour water in a cup, it becomes the cup. When you pour water in a bottle, it becomes the bottle. When you pour water in a teapot, it becomes the teapot.” This is our fourth lesson. Healthcare is like water. A nation’s identity is the cup. Healthcare becomes the embodiment of a nation. We speak with pride of our commitment to a social system that relies and insists upon the idea that I will look after you when you are old, and that the next generation will look after me when I am old. It is, at the risk of sounding cheesy, a part of who we are as Canadians. Our healthcare, with all its imperfections, has become an integral part of our identities. And it is not just a “Canadian” thing; When you travel to Europe and speak with the English, the French, the Germans, the Swiss, it becomes immediately obvious that other countries, too, have allowed healthcare to take the shape of their national identities. In America, this phenomenon has not occurred. Healthcare is, in some respects, regarded as an enemy, a suspicious intruder that is here to rob us of our hard-earned dollars and that answers to private corporate entities that do not have our best interests at heart. How the nation organizes its health-care system has never been an intrinsic part of what it means to be American. Hence, it feels like it’s easier for them to discard it (or parts of it) with the arrival of every new administration.

Every nation struggles with the harsh reality that there is no one, perfect solution to the problem of how we should take care of ourselves and each other. However, for a country that has produced some of history’s greatest medical innovations, some of the finest clinicians in the world, and spends more per capita on healthcare than any single place on the planet, our American neighbours seem to struggle more deeply than others. Perhaps it is due to partisan politics and political myopia. Or perhaps it is due to ignoring the most basic lesson of them all: If you have your health, nothing else matters. If you don’t have your health, nothing else matters.

Rohit Khanna is the Founder and Managing Director of Catalytic Health, a leading healthcare communications, education, and strategy agency based in Toronto.