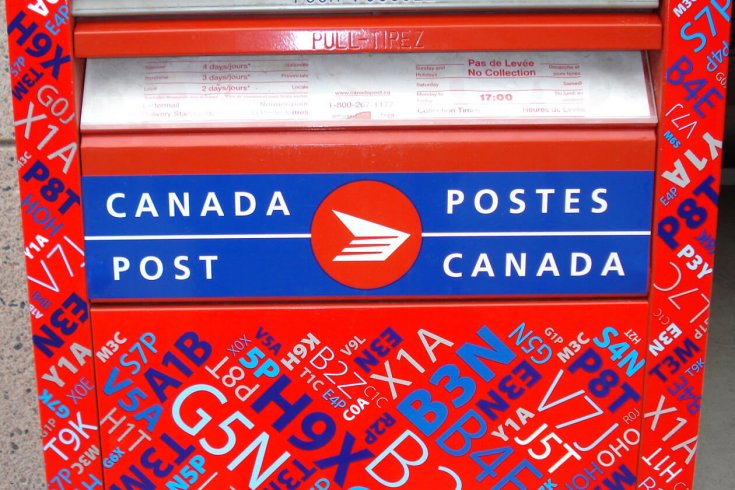 When faced with the threat of a postal strike this summer, many Canadians asked themselves, who cares? The answer: 1.16 million small and medium-sized businesses (SMBs) in Canada who rely on Canada Post as an essential part of doing business. That’s why, as the federal government undertakes its review of the crown corporation, it needs to recognize the critical role Canada Post plays in supporting SMBs, e-commerce and innovation in Canada.

The argument that Canada’s postal system is a key enabler of innovation may cause some to scratch their heads. But, by ensuring that Canadian businesses can get their goods to market, whether across the country or around the world, Canada Post has facilitated the growth of e-commerce in Canada. A two-hundred-year-old corporation has become a critical component of Canada’s digital economy.

In fact, for Canadian SMBs, Canada Post fulfills the promise of international ecommerce by offering relatively cost-effective access to the world—essentially becoming a twenty-first-century trading route. And this SMB trade is meaningful: Canadian commercial sellers on eBay export at a rate of 99.9 percent and reach nearly twenty markets on average every year—results far better than those of traditional SMBs. More importantly, the trade enabled by Canada Post (which has more than 90 percent share of Canadian eBay transactions) drives more than half of these companies’ sales. Meaning that it allows them not only to reach beyond their local markets, but to reap the benefits of diversification and growth. These micro-multinationals demonstrate the potential of innovation and trade while underscoring the need for reliable e-commerce infrastructure like Canada Post.

This summer, the ongoing uncertainty from the threat of a postal strike had a considerable effect on Canadian SMBs. Though a work stoppage never materialized, Canadian businesses of all sizes had no choice but to adapt their businesses and make alternative shipping arrangements. The result was clear: On July 8, Canada Post announced that its parcel volume had declined by more than 80 percent.

While major ecommerce players were able to negotiate favourable rates with private couriers, SMBs were not so fortunate. While managing already tight margins, these companies demonstrated resilience by creating patchwork solutions. For example, one eBay commercial seller reported that they were using “local pickups for local sales, couriers for domestic, and daytrips south to use USPS for international sales.” While a testament to their entrepreneurial spirit, these alternatives were a drain on productivity and competitiveness.

As a marketplace that enables small businesses to reach consumers across the country and around the world, eBay Canada took a number of steps to draw attention to the impact of the service uncertainty on e-commerce SMBs. This included open letters to Canada Post and the Canadian Union of Postal Workers (CUPW) leadership. And, in August, as SMBs struggled to deal with the second round of postal strike ‘will they, won’t they’, a letter drafted by eBay to the Prime Minister, calling for a return to consistent postal services, garnered more than 2,000 seller signatures in twenty-four hours. Thankfully, later that week, an agreement was met between Canada Post and CUPW. That said, its two-year term means that SMBs and other stakeholders could be facing a repeat of this summer very soon.

Clearly, Canada Post must evolve: The corporation’s business model reflects a nineteenth-century strategy in a twenty-first-century reality. The crown corporation is saddled with a costly operating structure that prevents it from fully capitalizing on macro trends, like e-commerce. In this context, it’s encouraging to see the Government of Canada undertaking an extensive independent review of the corporation with a dedicated task force.

As part of Phase 1 of the review, a discussion paper was released that outlined Canada Post’s financial situation, the needs of Canadians and potential viable options. As a particular bright spot for the corporation, the report revealed that, thanks to e-commerce, Canada Post’s parcel business has grown considerably and presents opportunities for further significant growth for the corporation. However, key challenges weighing on the corporation include the unsustainability of their cost structure, and their inability to reallocate resources to more-productive areas of the business. Suffice it to say, the challenges are significant.

eBay Canada participated in the Task Force hearings for Phase 1 of the review, to provide insights into the challenges and opportunities around Canada Post’s role in e-commerce and in supporting Canadian SMBs. We feel strongly that a modern, effective postal system is a critical enabler to successful adoption of e-commerce among SMBs, and of their resulting innovation and productivity gains.

Looking ahead, eBay Canada proposes that Canada Post make a number of changes to align the corporation with the realities of modern day and capitalize on the wealth of opportunity surrounding e-commerce. Broadly speaking, Canada Post should maintain focus on core services and areas of growth, particularly parcel shipments, while avoiding distractions like new lines of business, including banking and community centre services. More specifically, Canada Post should focus on additional services designed for e-commerce, such as “slower” service options with affordable tracking and aggressive rate tiering, along with marketing efforts that target SMBs. Cost reductions on parcel handling as a result of infrastructure (such as franchising some corporate offices) and other changes would also make Canada Post more competitive in the parcel market.

In addition, eBay Canada recommends increasing Canada’s de minimis threshold—the value of goods that can be shipped into the country before duty is assessed. Canada’s de minimis threshold of $20 is greatly out of step with peer countries. In fact, extrapolating from eBay data, we estimate that tens of millions of items purchased by Canadians are shipped to foreign addresses every year out of a desire to avoid duties and taxes resulting from Canada’s low de minimis. Raising the threshold would be revenue positive to government, level the international playing field for Canadian SMBs, and encourage additional parcel volume through the growth of e-commerce.

Canada Post is at a crossroads; the corporation is facing as many challenges as opportunities. As the government continues its review and decides on a path forward, they can’t overlook the direct link between our postal system and the success of Canadian SMBs. Innovation continues to be a top initiative for our country, but without a solid foundational infrastructure—including a modern, efficient postal system—efforts to drive technology adoption amoung SMBs will be severely challenged.

Andrea Stairs is the managing director of eBay Canada.