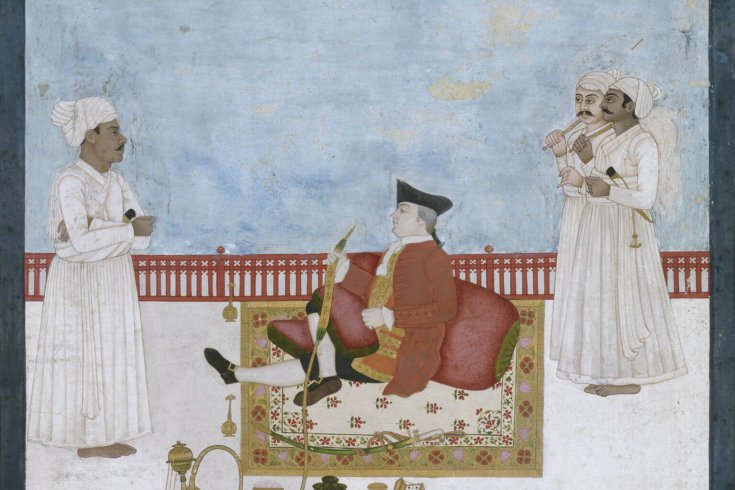 Back in April, I appeared as a panellist on an instalment of TVO’s The Agenda dedicated to the theme of privilege. (The transcript can be found here.) I said that racism is a huge problem, but that discrimination against people who are poor or uneducated (or who simply look poor or uneducated) is just as bad. As I noted in the context of police interactions, the issue of race and class intersect in all sorts of ways that provide a benefit to people like me. In a nutshell: If you are a well-dressed white male minding your business in a place like Toronto, you pretty much have to punch someone in the face to get arrested.

A lot of right-wing pundits sneer at the concept of white privilege, including Rex Murphy, who calls the term a “camp neologism” that has “emerge[d] from the intellectual marshes of social justice ‘educators,’ a typical pseudo-concept from that rolling pastiche of academic pursuit.” But I think Murphy is in the minority these days. Even conservatives, if they have their eyes open, can see white privilege in action in their personal lives.

In my case, the idea first hit me when I lived in Washington, DC, and a group of friends were helping someone move his stuff from one apartment to another apartment down the street. The one black friend who happened to be with us indicated that it would be best if he didn’t carry anything that looked expensive, like a TV, because his experience was that he would immediately be stopped and questioned by a passing police officer.

This sort of story is a cliché, I realize—something that white people will trot out to show that they “get it.” What’s more interesting to me is the way that public discussions of white privilege themselves become Exhibit A in how white privilege works.

As a writer and public speaker living in a liberal democratic society, I absolutely take it for granted that when I speak on TV or write a column in a magazine or on a website, I speak for myself, and only myself. I don’t speak for white people. Or for men. Or for middle-aged people. Or Jews. Or lapsed conservatives. If I wake up feeling funny, or mischievous, or sanctimonious, I can be funny, or mischievous, or sanctimonious in what I say or write. For good or ill, it’s all on me, and only me. When I wake up, I don’t have to worry about whether I will be perceived as a militant white man, or a conciliatory white man, or an Uncle Tom white man. I worry about what tie to wear and what to eat for breakfast.

But the same is not true for women, or members of visible minority groups, who are invited to talk about issues related to identity politics. When they speak, there is no televised caption under their heads that says “woman” or “black person” or “Muslim,” but viewers are not idiots. They know that these people often are invited on air not only because they may be smart and have informed views, but because they are seen as representing this or that constituency.

Given how stressful TV is anyway, it’s hard to imagine the orders of magnitude of extra stress such panellists endure when they feel that—in the few minutes of airtime you get on these shows—they have to serve as intellectual ambassadors for millions of people they’ve never met.

On Sunday, when I appeared on a national TV panel to discuss Justin Trudeau’s (now realized) plan to appoint a gender-balanced cabinet, I said that I didn’t like quotas. Twitter didn’t much like my opinion. All of my colleagues disagreed with me, too. A writer named Karen K. Ho published a rebuttal on this website, “Meritocracy Is a Lie.” It was a good old-fashioned ideological beat down, in other words. But that’s life as a public quasi-intellectual. Not all of my opinions are going to be popular. People get angry. It happens. Tomorrow, I’ll be wearing a different tie, eating a different breakfast, and talking about a new issue. Life moves on.

For me, at least. The situation was very different for my Sunday night co-panellist, BuzzFeed Canada senior writer Scaachi Koul. Since she was the one panellist who stood up for Trudeau’s gender-equity promise, you’d think that Twitter would give her a giant thumbs-up for being on the right side of history. But as Koul noted in a day-after BuzzFeed article, the reaction she got was venomous. It wasn’t just the haters who wrote her things like “you dumb leftist bitch”—vulgar and demeaning, but unfortunately standard fare for the Internet. It was also women of colour who criticized her for not talking enough about the intersection of gender and race.

In one particularly bizarre flourish—which stands as one of the weirdest moments in Canadian social media that I can remember—race activists began attacking Koul for the paleness of her skin. (Koul is of South Asian ancestry.) “She looks very white to me. Does she get stopped ‘randomly’ by police like I do?” wrote one. To which Koul responded with a photo of her as a young child with an elderly relative (“here’s me at my brownnest; i’m going to go do some work now, for the internet is a flame retardant garbage pile”), along with some other tweets that were less polite.

As I read through the attacks on Koul, it struck me that they were insane. I imagined what I would do with anyone who went after me for not being sufficiently white to represent the white race on television. Yet Koul tried to engage with them on social media, and even struck me as apologetic at points. And in her BuzzFeed piece, she seemed completely agonized, guilty, and defensive about the whole affair. “My only defense for not discussing race more is because I was perplexed by having to explain to two people the most basic tenants of a 50/50 gender split in government,” she wrote. “I could have done more. I know that. I left the studio on Sunday night feeling like I hadn’t done my best, my stomach percolating with the food poisoning I got on Friday evening. I threw up outside the CBC, and went home blubbering.”

By contrast, after the CBC panel, I went home and played video games.

Koul concluded that she’s in a Catch-22:

I want to do the panel and try to be the voice, but it so frequently results in coming home to attacks on my character, my race, my looks, my existence. If I don’t do the panel, my existence is merely entirely ignored by the public consciousness. You suffer consequences either way.

I’d argue that what she’s describing here isn’t just a reflection of white privilege (or lack thereof). It’s also a reflection of the unforgiving, completely inhumane tenor of identity-politics activism on social media.

Since many activists treat their one issue as the baseline of human enlightenment, they descend viciously on anyone who deviates from their secular scripture. And the people who get it worst aren’t folks like me (whom they regard as absolute lost causes—they might as well be tweeting at a fussy old donkey in a straw hat); they’re people such as Koul, leaders of the sisterhood suspected of minor heresies. To read their Twitter wars is to be reminded of Mensheviks and Bolsheviks arguing about the precise Hegelian formulation of the relationship between oppressor and oppressed.

All of which to say, I don’t just enjoy white privilege. I also enjoy non-activist privilege. (Though, needless to say, the two are connected by a strong “intersectionality.”) For me, the marketplace of ideas is usually a fun and stimulating place. And if some maniac wants to rant about my skin colour online, I just mock and block. No morbid introspection required.

And yet despite all the privilege I enjoy, I think I might take a Twitter break for a while—at least from anything to do with identity politics. (Many of my media colleagues are doing the same.) Given the tenor of debate lately, the most intelligent strategy might be to just stand here and chew my straw.