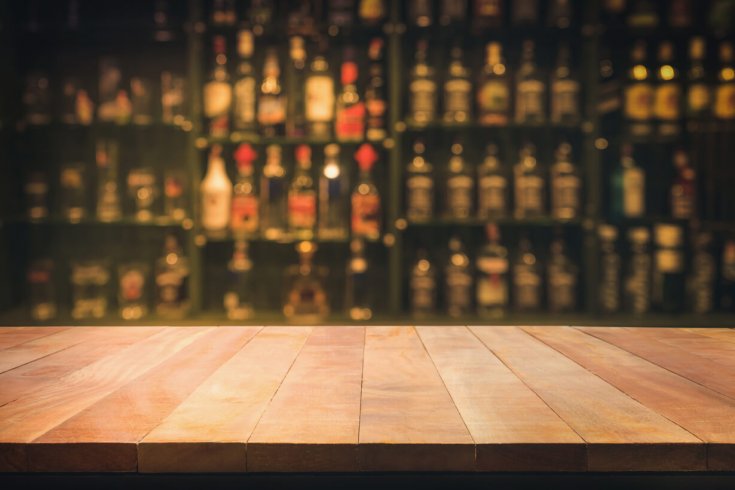 On the rooftop deck of a Toronto pub, the waitress refuses to bring my friend a pitcher of beer when he arrives alone. He’s served just a pint until I show up to join him. Then she brings two more pint glasses of beer, one for me and one for us to split. “Why are two people getting three glasses?” I ask. She explains that she had rung in my friend’s pitcher order but separated it into glasses that she was keeping by the bar until I showed up. Apparently, it’s her strategy to obey Ontario’s laws against encouraging overconsumption of alcohol. I roll my eyes as I spill beer all over the table trying to split the third pint between us.

Though Ontario has slowly moved past the days of no drinks in washrooms, governments across the country still throw up myriad obstacles to thwart the imbibing of alcohol. In most liquor-licensed establishments on Prince Edward Island, which held on to Prohibition for twenty years longer than most provinces, a meal must be ordered and, to prevent the traditional workaround of diners passing around a communal basket of fries, that meal must not be “salsa, french fries, chips, pretzels, etc. and other types of ‘finger foods.’” Until last summer, Quebec bars and restaurants were not permitted to mix drinks in advance. And then there’s Gerard Comeau, the retired New Brunswick man who ended up in the Supreme Court this year for buying beer and some bottles of spirits in Quebec to bring back to drink in his home province. He lost—provinces are entitled to control the flow of alcohol across their borders—thus preserving a regulatory structure that was, in part, created to thwart bootleggers.

“Going back more than a century, places that have qualms about drinking too much have developed these post-Prohibition control mechanisms,” says Craig Heron, professor emeritus at York University’s Department of History and author of the 2003 book Booze in Canada: A Distilled History. Canadian jurisdictions “don’t trust the users of these products and they want to make it somewhat unpleasant.”

But come October 17, marijuana in Canada will emerge from its ninety-five-year-old prohibition into much more welcoming world. When the sale and consumption of cannabis becomes legal, someone in Vancouver or Edmonton or Toronto will surely take pleasure in standing on a street corner, within full view of the cops, and rolling the biggest spliff possible. Of course, marijuana legalization won’t be a free-for-all. Tokers won’t be permitted to drive high or, in most cases, smoke in places where children are likely to be present. In some provinces, they’ll be restricted to smoking at home, and just like with alcohol, provincial governments will keep a tight grip on distribution.

But compare the Cannabis Act to how alcohol is still treated in the Criminal Code and in provincial laws. Just being drunk in or near a public space can be a crime, resulting in a sentence of up to six months in prison or a $5,000 fine, or both—a tool often used to conveniently shoo the poor and homeless out of sight—although Quebec has a loophole for drinking in parks with a meal. While Canadian adults will be permitted to grow their own marijuana in most provinces, you still need a licence to distill alcohol. Those controls on production might suit the Canadian spirits industry, which last year sold almost 165 million litres of booze, an average of 5.6 litres for each person of legal drinking age. But who’s speaking up for the 80 percent of Canadian adults who like to drink?

Trudeau’s government has legalized a drug that just 14 percent of Canadians reported consuming in the previous three months, making a leap into the great unknown. It’s now time to refine an experience the vast majority of Canadian adults indulge in.

Because cannabis regulation hasn’t had more than a century of government tinkering, as alcohol has, and because its decriminalization is occurring in an environment largely free of moral panic, the industry will launch with a clean slate and certain advantages. We see this clearly in the marketing. The cannabis industry is coming out of the gate with a product that, since 2001, has been prescribed for medical conditions ranging from cancer to multiple sclerosis, though scientific evidence on its effectiveness is still limited. Booze advertising, in contrast, isn’t allowed to make claims associating itself with professional or athletic achievement, social acceptance, sexual performance, or health benefits. This means cannabis producers can differentiate their goods from alcohol by the effects produced—like relaxation or exuberance—while alcohol companies still can’t sell the one thing booze is particularly good at: drunkenness. The messaging is astonishingly micromanaged. Some examples from the Advertising Standards Canada guidelines for commercial messages about alcohol: “Unacceptable: ‘I love this beer!’ Possible Fix: ‘I really like this beer!’” In particular, alluding to youth is verboten. “Unacceptable: Spin the bottle. Possible Fix: Playing board games at the cottage.”

While licensed cannabis producers will be compelled to use uniform, standardized packaging devoid of any images other than the producer’s logo, they will be able to explore bolder kinds of branding denied to alcohol companies. At this year’s NXNE music festival in Toronto, Edmonton-based Aurora Cannabis, which describes itself as one of the world’s largest cannabis companies, was a high-profile sponsor, much to the chagrin of Health Canada. Alcohol companies have for decades faced tight controls about sponsoring events, particularly anything that may be appeal to minors. Jan Westcott, the president and CEO at Spirits Canada also points out that while spirits companies like Bacardi are prohibited from having any interest in a retailer or bar that serves alcohol (there are exceptions for craft breweries and wineries), cannabis companies have already been buying interests in alcohol-distribution companies.

Just as startup tech companies can outpace legacy companies that have invested so much in less flexible ways of doing business, the cannabis industry has learned from the alcohol and tobacco industries and is better positioned to shape policy around its own needs. The initial rules permit growing cannabis plants for personal use are clear and simple, so far unencumbered by the exceptions and clarifications that have grown up around, for example, laws that govern u-brew services.

From a public-health perspective, some would argue that cannabis deserves a lighter touch. “There is a price to pay for the convenience and affordability of alcohol,” says Tim Stockwell, a professor of psychology at the University of Victoria and director of the Canadian Institute for Substance Use Research. In one study, the institute estimated that, in 2016, alcohol played a part in 14,800 deaths in Canada and more than 77,000 hospital admissions. He predicts that marijuana use, if substituted for alcohol use rather than supplementing it, will have fewer ill effects on public health.

Even as Canada rolls the dice with marijuana, hoping that there will be fewer social harms in a legally sanctioned pot market than in the existing criminal one, governments have been reluctant to take similar risks with alcohol. Closing bars at a certain hour might reduce the number of drinks consumed, for example, but it also might increase drinking speed and cause a bottleneck at a club’s exit that’s the perfect trigger for fisticuffs. Experiments with last calls and closing times would help determine if the social benefits of existing service hours are real or imagined, but these tests have not been much of a priority for governments.

Alcohol has been so deeply integrated into human society for so long that all the regressive nudges can seem natural and inevitable. We blindly accept them until we see what’s possible elsewhere—parts of Europe, say, where hard liquor is available on grocery-store shelves, where nightclubs can make their own decisions about when to release customers out into the streets.

Now that Canada has decided to be a leader in liberalizing cannabis laws—treating tokers like grownups—the disparity between pot and alcohol needs to be addressed. It’s time we join the rank of countries that trust citizens to make their own decisions about when and where to drink.

Pot Is Legal. Is It Time to Redefine Sobriety?