Weeding Out Organized Crime | The Walrus
Skip to content 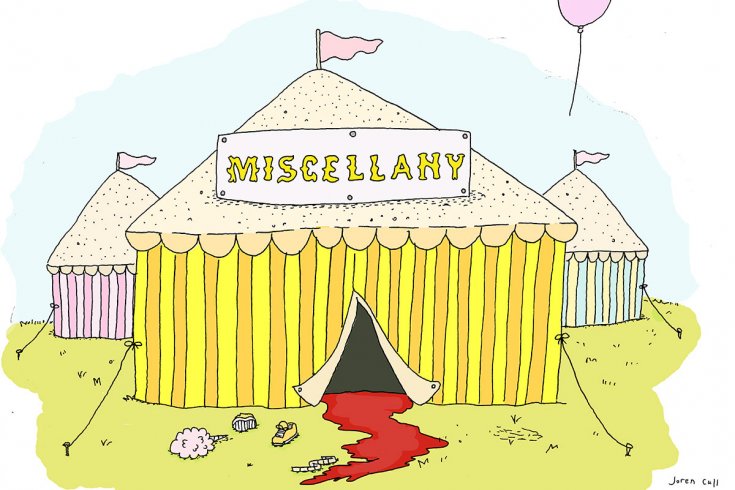 It’s official: British Columbia, once North America’s pre-eminent destination for weed, now runs a distant third. This spring, the government of Washington state (hot on Colorado’s heels) achieved the impossible, becoming in essence a purveyor of recreational marijuana. Just over a year after regulation was voted in, the policy apparatus is finally in place for buyers of age to choose from a variety of retailers, strains, and products, with restrictions limited to public consumption and driving under the influence. While some British Columbians may feel the sting of being replaced, they can take consolation in knowing that Washington’s legalization of cannabis was partly motivated by a homegrown issue in BC: its legion of drug gangs.

According to an RCMP internal briefing note, over 130 organized crime groups operate in the province, including the Hells Angels, the UN Gang, and the Red Scorpions, all fighting for a stake in the marijuana industry, estimated at $7 billion a year (more than BC’s forestry and fisheries sectors combined). But they are also central to a vigorous cross-border trade that sees BC Bud flowing south in exchange for Latin American cocaine, heroin, and illegal guns. Their presence has become so conspicuous that one former US federal prosecutor recently named them “the dominant organized crime threat in the Northwest.”

Alison Holcomb, a former criminal defence attorney, now with the American Civil Liberties Union, has had a front-row seat from which to observe how BC’s organized crime groups operate in her home state, particularly since the United States tightened its borders in the wake of 9/11. “I’ve represented clients who came from Canada and rented suburban homes, turning them into giant indoor grow farms,” she says. By parachuting personnel directly into the States to set up grow ops, she explains, Canadian marijuana traffickers can minimize the risk of seizure, and cut shipping costs in the bargain. Of course, this criminal expansion has not gone so smoothly, considering the violence and arrests that followed.

Holcomb, who led the team that drafted Washington’s cannabis legislation, claims that concerns over the presence of drug gangs, and Canadian gangs in particular, was a key reason voters supported legalization in the state. “They put two and two together and realized that gang members were the ones in control of the market,” she says, “just like when we handed alcohol to criminal organizations during Prohibition.” By regulating cannabis, she and her allies argued, the state could deal the illegal market a crippling blow without anyone firing a shot. “We expect much of the consumer base here to start patronizing stores where shopkeepers have acquired licences,” she explains, while the growers, rather than toting guns, “will be paying taxes to their communities and being good neighbours.”

Martin Bouchard, a professor of criminology at Simon Fraser University in Burnaby, BC, is more cautious in his projections. “Washington state, after all, is only part of the route,” he says. “You go through it, but you don’t necessarily reach your destination there.” One can find BC Bud competing with such products as Quebec Gold as far away as New York state, which speaks to the brand’s incredible strength.

“I suspect there will be a taste for BC Bud in Washington state until the legal market can offer a variety of high-quality cannabis types,” says Bouchard. Like Holcomb, he turns to alcohol for an analogy: “What if my local grocery store only offers Bud Light, and all of my friends drink it, so that’s all I know. Then suddenly I discover a store with craft beers. Maybe I’ll eventually realize that Bud Light isn’t my favourite beer, but only after a long process of trial and error.”

“Washington growers have a very high opinion of their product’s quality,” Holcomb counters. “I think if you asked, they would assure you that they will be able to satisfy customers here.” However, there may yet be opportunities for BC growers to contribute in a more consultative capacity. “If there are Canadian citizens who would like to participate legally in our market until Canada regulates marijuana,” she says pointedly, “I’m sure there are people here who would appreciate their expertise.”

Regardless of how legalization plays out in Washington, there is no doubt about its effect on a long-held, if tacit, understanding between the US and Canada. In 2011, Prime Minister Stephen Harper darkly hinted to reporters that regulating marijuana in Canada would have repercussions for cross-border trade. “I don’t want to say they would seal the border,” he mused, “but I think it would inhibit our trade generally, because they’re certainly not going to make that move.” A short while later, when pressed to justify “tough on crime” drug policies in the lead-up to Washington’s legalization, he surprised everyone by saying, “I think what everybody believes and agrees with is that the current approach is not working.” Since then, the Canadian Association of Chiefs of Police has voted in favour of legislation that would allow officers to issue tickets for pot use (like those for jaywalking), rather than charging them with a crime, a proposal Justice Minister Peter MacKay is taking seriously.

It may not be “swords into ploughshares” time in this country just yet, but regulation is starting to seem inevitable. When it comes, it may take another bite out of organized crime here and in the US, with whom we are so inextricably linked in this problem. A united front stands the best chance of realizing Holcomb’s beautifully simple solution to a massive drug trade that has indeed run circles around law enforcement for decades.

Dan Werb, PhD, is an award-winning writer and epidemiologist whose work has appeared in the New York Times, Salon, and elsewhere. He is based in Toronto and San Diego.
Joren Cull